Give me a good “Who dunnit” crime/ thriller novel and I won’t be able to put the book down. It’s my guilty pleasure reading novel after novel. I used to read a book a month but my schedule has gotten busier. I miss it and last month I decided to actually get back to my reading.

When I saw Exclusive Books advertise their CRIME MONTH I got really excited. From the 31 July until 31 August, mystery, murder and mayhem will rule supreme at Exclusive Books during Crime Month.

I love discovering new authors and new books and this is right up my alley.

These are just some of the books on offer in stores all over South Africa: 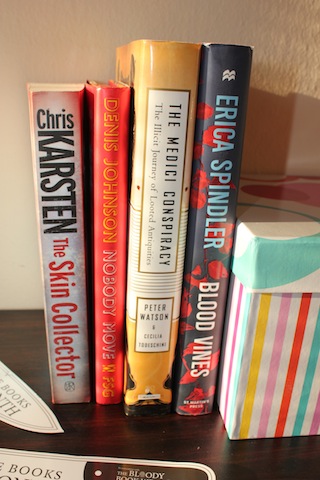 When Alexandra Clarkson starts having terrifying visions filled with blood and ceremonial images, she tries to find a rational explanation – maybe her mind is playing tricks on her, resurrecting creepy tableaux from her research on religious ceremonies and sects. But when Alex’s mother, Patsy, commits suicide without leaving any information, Alex is left wondering if she might be haunted by something from the childhood she doesn’t remember. Detective Daniel Reed was the last person to speak to Patsy, What he reveals to Alex is shocking…

Little does she know that every minute she explores, she is being drawn deep into the search for a twisted killer. 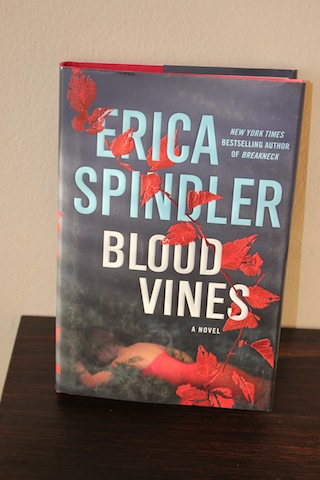 Abel Lotz harvests and treats the skins of small animals to trade for the authentic African masks and South American tsantsas sold in his gallery in the city. For his fiftieth birthday, he has big plans: He wants a new face, one for special occasions.

Ella Neser jumps at her first chance to lead a murder investigation. The case is very unusual, though. The victim seems to have been treated almost gently, except for a strange wound on her shoulder. 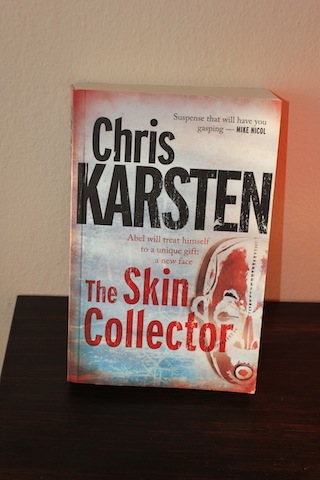 The Illicit journey of Looted Antiquities from Italy’s Tomb Raiders to the World’s Greatest Museums:

The antiquities Giacomo Medici was trading in included some of the finest objects ever produced by humnakind – important historically, aesthetically, and intellectually. Many aspects of these important epochs of our past are still clouded in mystery. Virtually half of the history of Greek, Etruscan, and Roman culture in Italy has been stolen from us. The intellectual and artistic damage done by looters has been immense. Giacomo Medici played a bigger part in that destruction than anyone else. 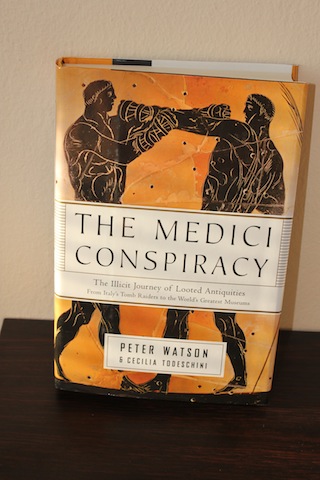 From the National Book Award winning, bestselling author of Tree of Smoke comes a provocative thriller set in the American West.

Nobody Move, which first appeared in the pages of Playboy, is the story of an assortment if lowlifes in Bakersfield, California, and their cat-and-mouse game over $2.3 million. 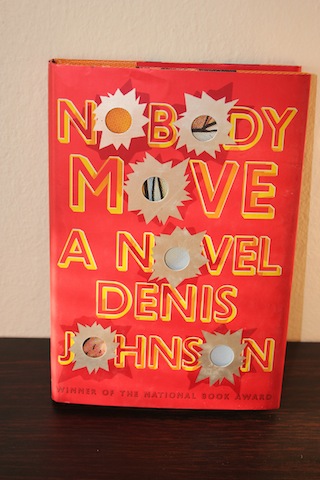 Now… Who wants to win a book hamper from Exclusive Books.

It’s simple – leave me a comment about why you want these books to fill your book shelf. I’ll choose the best comment and the hamper will be yours. Don’t forget to leave me your email address.

If you want an extra entry (they do count) Tweet this:

It’s Mystery, Mayhem and Murder for the @exclusivescoza Crime Month. I want to WIN the hamper on @VanillaBlondeZA Blog 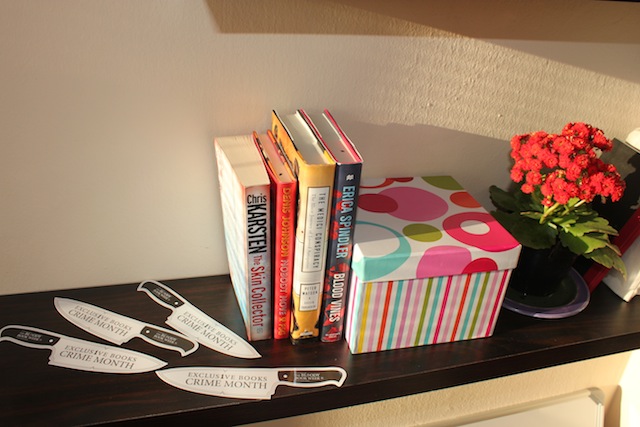 Good Luck. I will be choosing a winner on Friday the 9th of August.