10 days passed quickly and it was time for Top 8 to reunite.

We recorded 3 Talk with Noeleen and stayed in Stars Apartments, Melville. It was fantastic to see everyone again…. This experience has really bonded us together and it feels like we have known each other for years, not weeks. 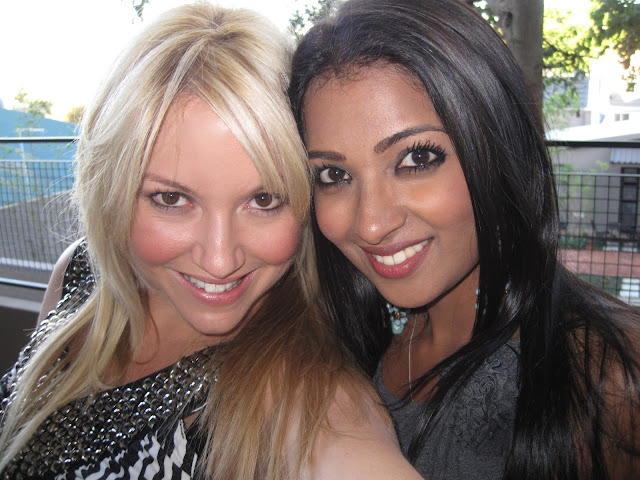 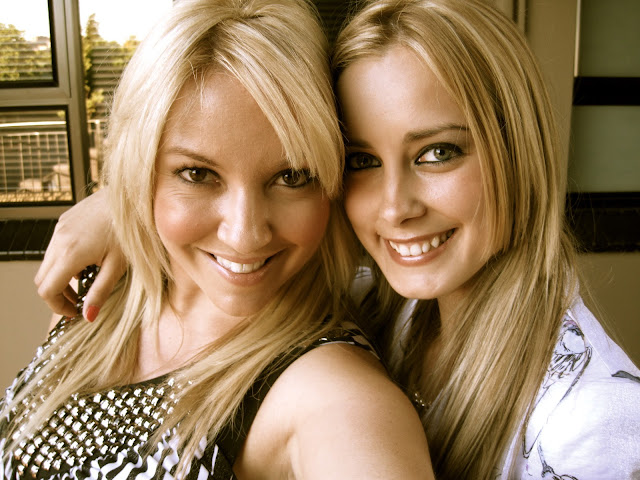 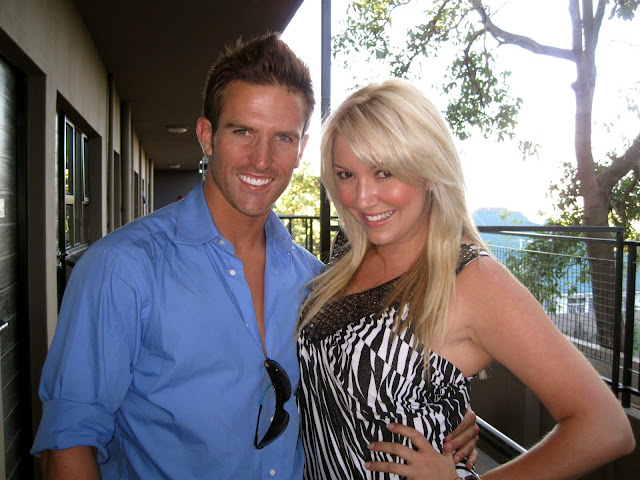 On the day we were to leave, it was Simba’s Birthday and his first time flying too. We were flying Air Mauritius and the wonderful people of Air Mauritius really made our time as comfortable and as welcoming as possible. 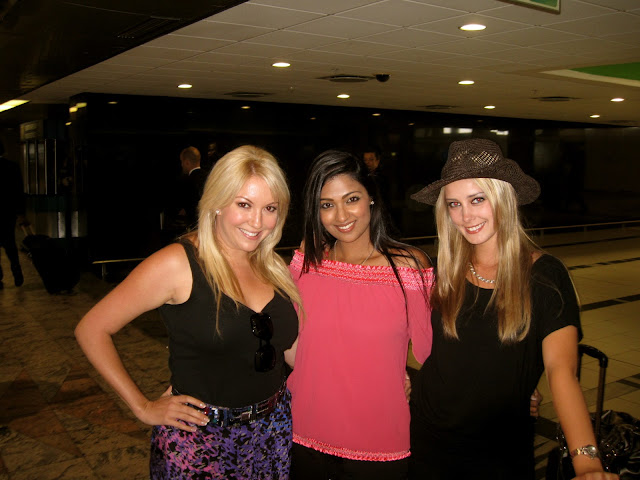 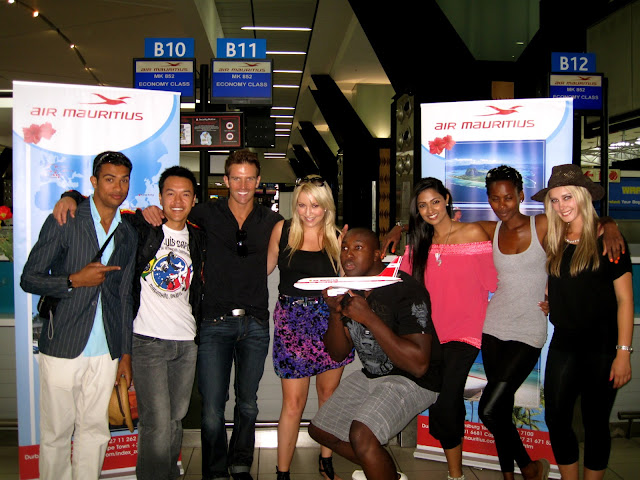 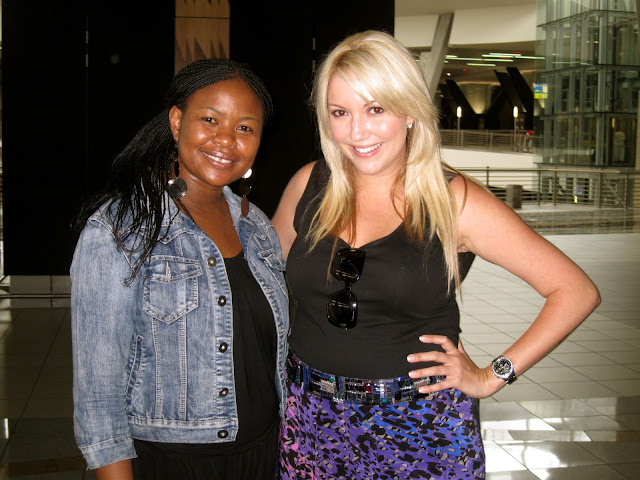 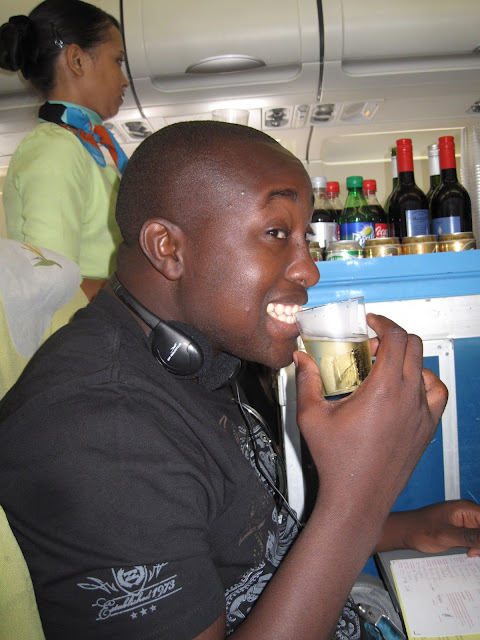 TC you’re an incredible guy with a very bright future and I know that whatever you decide to do, it will be nothing but a success. I wish you all the very best!

We landed in Mauritius and the humidity hit us immediately, even though it was dark when we landed. Beautiful flower leis were put around our necks on arrival. 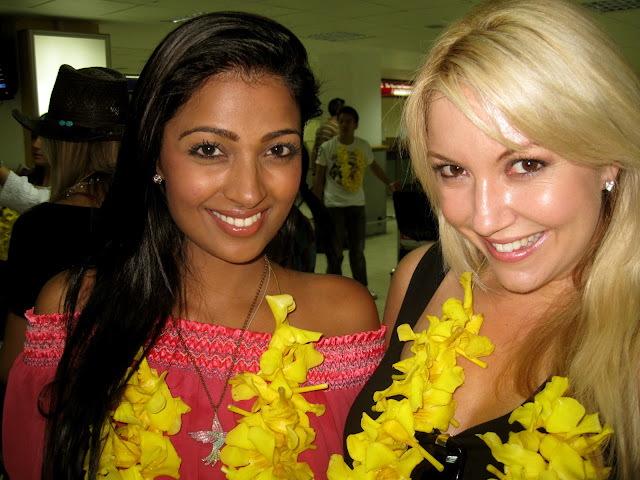 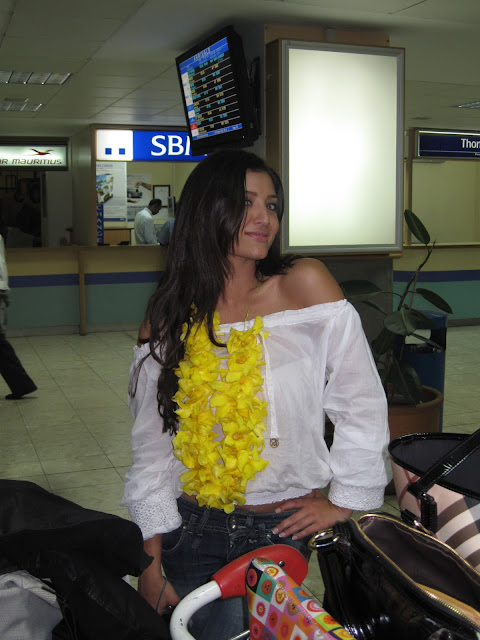 We drove for an hour and a bit to Sugar Beach Hotel, on the West coast of the Island. Kalysha and I were sharing a room again – I was very excited to be reunited with my first room mate and we quickly checked in and then headed off for dinner.

The buffet is just to die for and JP and Kalysha were the first to discover the dessert table. Delicious! 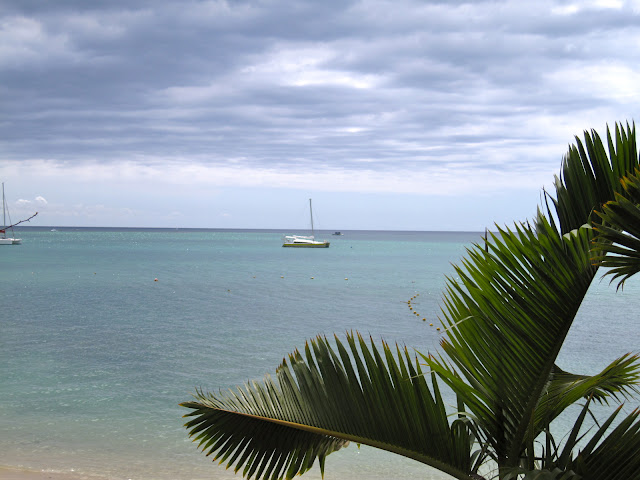 We were told to be in our bikini’s at 07h30 and that we would be in the pool for the very first shoot. We had an early night, incredibly anxious for what lay ahead.

In the morning, we dressed quickly, had breakfast and were at the pool 07h30 sharp. It was our welcoming shot to Mauritius and we were told that our first task would be to create a Travel Log in the Capital, Port Louis.

We were also going to be teamed up in pairs for the challenge.

We were handed booklets and set off in the bus, discussing links and trying to work together. 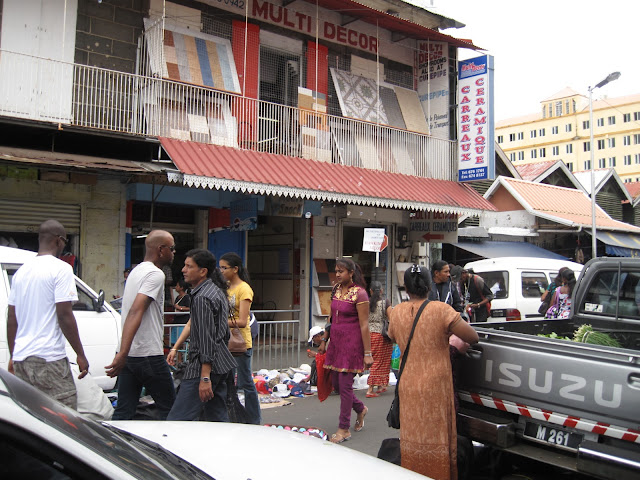 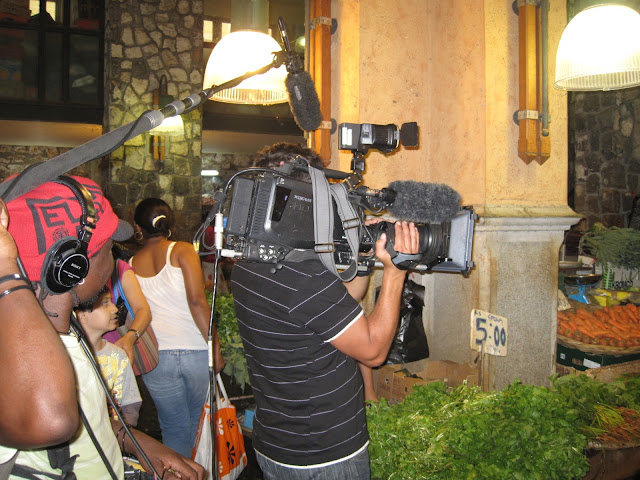 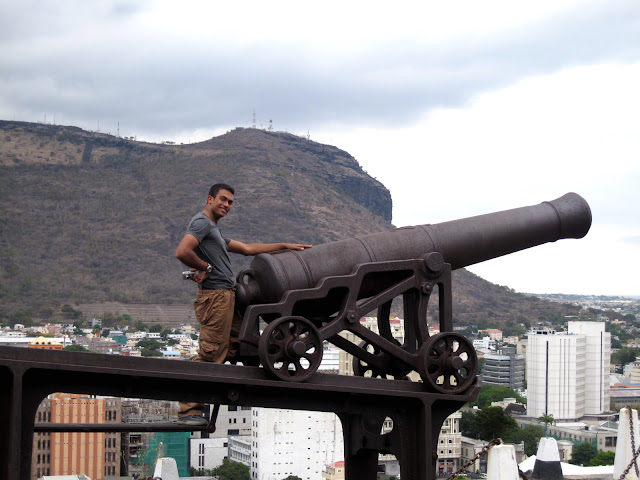 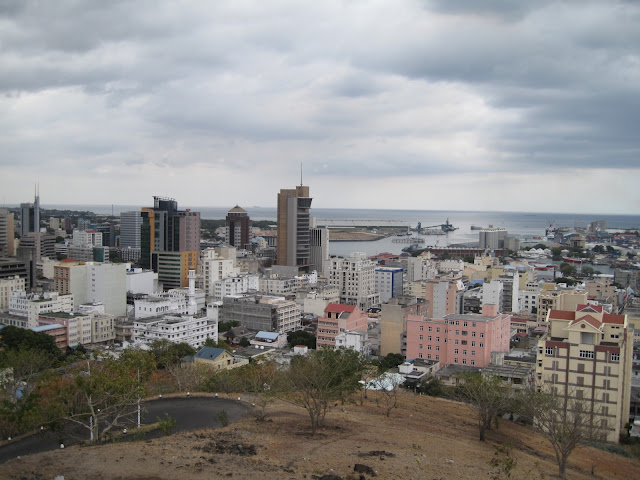 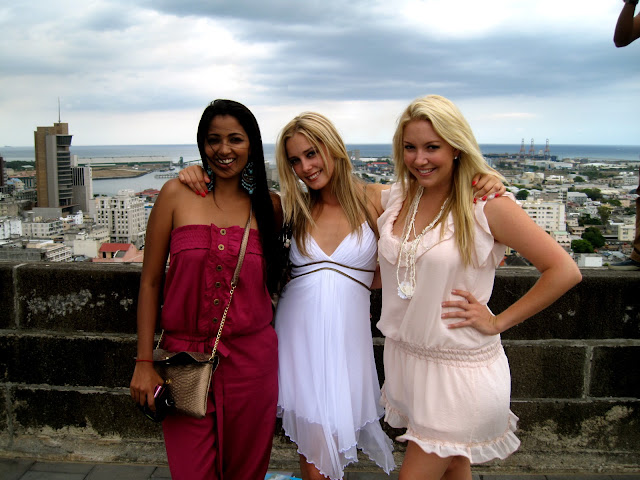 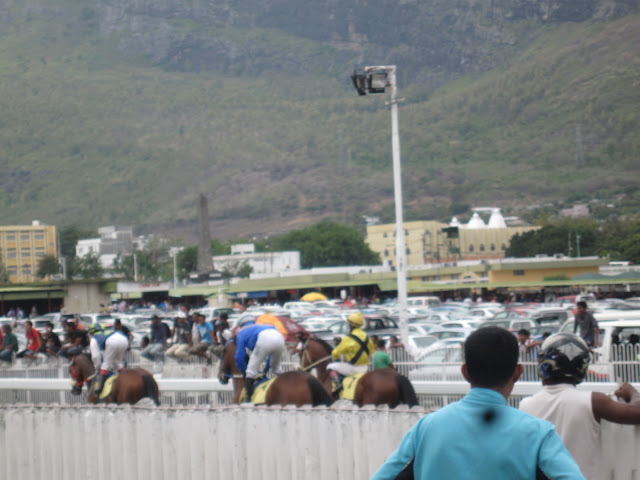 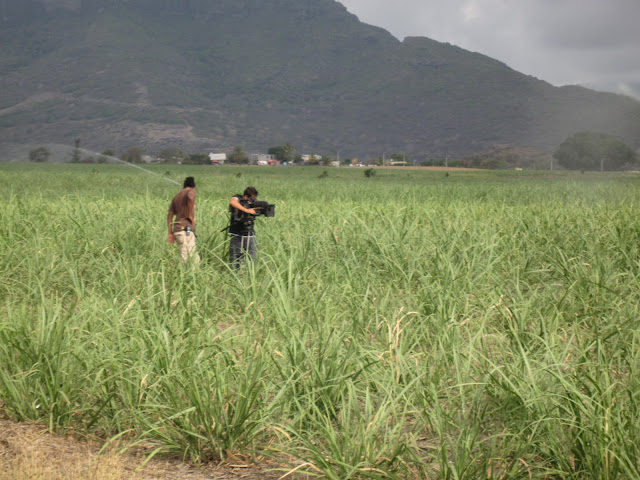 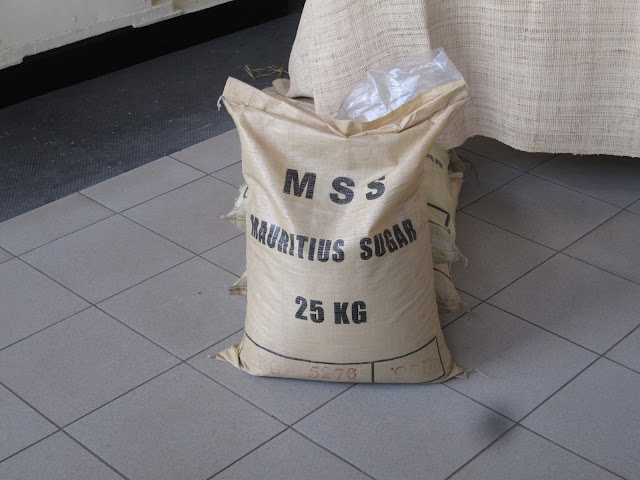 JP and I had to get a move on as we were first to film. We did a few takes, took shots of us walking through the Le Caudun waterfront and then we interviewed our lovely tour guide. I found the task challenging working with someone that is quite opposite in personality, but we had a lot of fun doing it.

We wrapped up our shoot and then went onto Kalysha and Justin’s shoot. We finally headed back to the Sugar Beach Hotel, got ready and waited for the very first nerve wrecking elimination. It was all happening so fast, but it was back into reality that this was indeed a competition.

Kenneth and Tamika weren’t back from their sugar segment yet and we were starting to wonder what was happening as it got darker and darker. The nerves also started getting stronger and stronger. Kalysha, Kaone and I waited with JP and Simba in their room when we got the call that the elimination was being postponed and that we could go up and have dinner.

We ate another amazing meal and headed off to bed, feeling anxious once again about what tomorrow would hold. 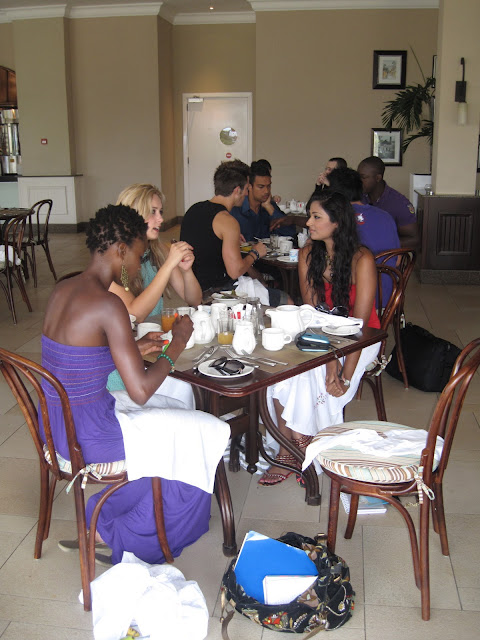 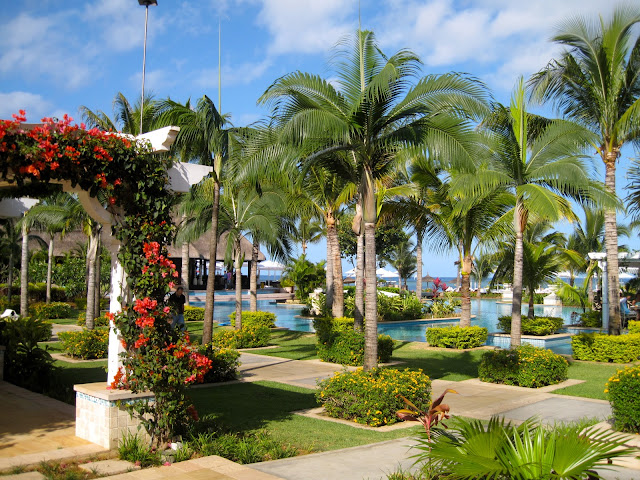 This wasn’t getting any easier. All 8 of us had really formed a tight bond and it was getting harder and harder to say goodbye to people. You also knew that no one was safe and thoughts of “Was I good enough? Did JP and I work well enough together? Am I going home? Did I do enough to impress the judges?” pounded excruciatingly through my head.

Jeannie, Risuna and Alan stood in front of us and you could cut the tension with a knife. They eliminated Justin Gray and we all stood there numbly as he walked off. That was a massive shock for me. This suddenly made it real. Every single person standing in the line was really excellent, really deserving of the winning title and yet there could only be one. I had to fight back tears as Justin walked off. JP Sebastian was eliminated next and I felt awful as he walked off, once again.

We were congratulated for making the Top 6, and while I felt excited to still be in the competition, I couldn’t exactly celebrate after seeing 2 friends leave the competition.

We were then told that we would be teamed up again and were going to be doing a cooking challenge.

I was teamed up with Kaone, Kalysha was teamed up with Justin and Simba was teamed up with Tamika. Part of the challenge was this: Top Billing Presenters often go off to exotic destinations where English is not the first language. We were given a recipe in Creole and would need to go to the market and try and find our ingredients (in French/Creole) in a market where it wasn’t guaranteed that the sellers would understand English.

We headed off to the market. 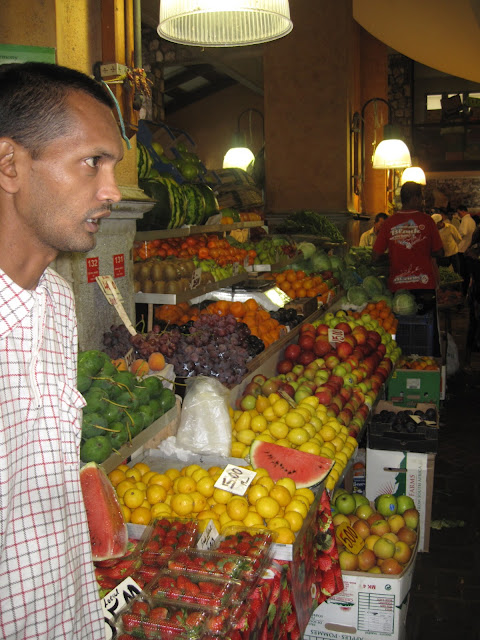 It was abuzz with colours, activity from the buyers and sellers and the vibe was electric. Kaone and I were teamed up with D.O.P (Director of Photography) Wimpie Ackermann. I adored working with him. He is excellent at what he does and knows exactly how to communicate what he needs the shot to look like.

Kaone and I worked very well together and we actually had fun. 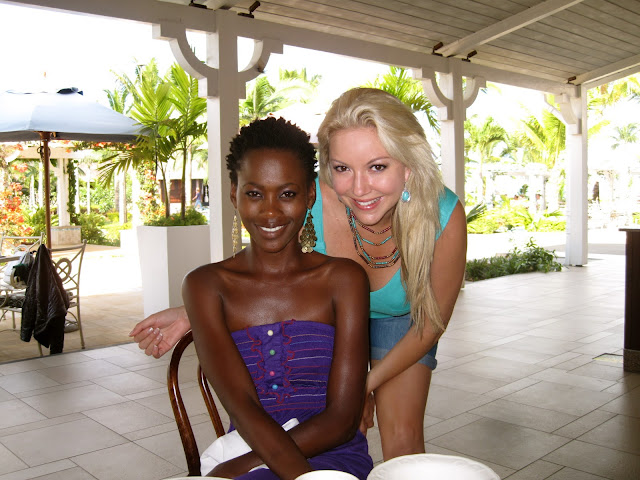 We looked at the recipe. The 2 items we needed to get was:

I loved French at school, even though I only took the subject until Grade 9. I figured out that Zale D’Onion is Spring Onion and I was right. Very chuffed with myself. D’Amour had to be love and I was certain Pomme was Melon … so we were looking for a Love Melon? Really? What was that?

We went up to the first guy and asked him what Pomme D’Amour was. He pointed straight away at the lush tomatoes in front of him and kept trying to make us buy them. Kaone and I werent’ convinced he was telling us the truth – to us it seemed like he was just trying to make a sale, so we set off for a second opinion. Well, it seemed the first man had been correct. Pomme D’Amour is in fact a tomato.

We bought the Spring Onions and Tomatoes and then went in search of something interesting to eat for a fun insert into our piece.

I forgot that we still had our microphones on, attached to our dresses. Wimpie had gone on ahead of us, when I saw a revolting looking dish of worm like creatures. I mentioned it to Kaone and said, let’s keep moving. We don’t want to eat that. The next minute, Wimpie stopped.

“Worms? Where? Bailey, your mic is still on and I can hear you!”

He went straight up to the dish and on closer inspection, they weren’t worms, but rather thousands of tiny river shrimp, uncooked.

Kaone and I had to try a mouthful of them. I went first and to describe the taste, it was like eating furry, crunchy sea salt -my gosh it was salty with a very strong fishy taste. It wasn’t the greatest thing I’ve ever eaten, but I can imagine that there is much worse out there. Kaone went next and after we had swallowed it down we went in search of water, desperate to get rid of the salty fishy taste in our mouths.

The 6 of us had managed to buy our ingredients and we headed back to the hotel.

The kitchen had been set up with 3 working areas. We needed to now make the recipe and translate it from Creole into English. Thank goodness we had a Creole chef with us to help.

Our recipe was: “Salade De’poisson”. Immediately I thought of “Poisonous Salad” … but it was instead, Fish Salad.

It was humid and from the constant adrenaline pumping through our veins, I started to hit a slump as we waited for the first 2 groups to film first. Kaone and I were the last to film and trying to get my energy levels up again on an empty stomach was difficult. (The spoonful of raw river shrimp didn’t help at all.)

I was really feeling lethargic.

I thought the cooking challenge would be relatively easy. It was quite the opposite. You don’t realise how technical a shoot like that is. So many different shots go into it. Our Creole chef was great, but he was nervous and the language barrier was a problem. By the end of the shoot, I walked away not feeling good about it at all. I had no energy, even though I tried to keep energy levels up. Hind sight is also a wonderful thing. Instead of saying: “It’s delicious…” we could have said: “The flavours really mix well together, especially using fresh ingredients like coriander and lemon.”

That does sound so much better …. but now that I know that, I’ll know for next time 🙂

We had half an hour to get ready for elimination … The Top 6 would be eliminated to Top 4 and it was getting tougher and tougher to lose people.

Watch Top Billing every Thursday night at 19h30 and the Top Billing Presenter Search Show every Saturday at 2pm, SABC 3.