I am just completely obsessed with my little bundle of fur, Duke our English Bulldog. He is now 7 weeks old, has grown so much and thinks the world is one big chew toy purely for him. He has the cutest growl and bark and I just can’t get enough. I feel like a proud mom, is that weird?

Probably, but I don’t care. It’s amazing how much love a pet can bring into a home. 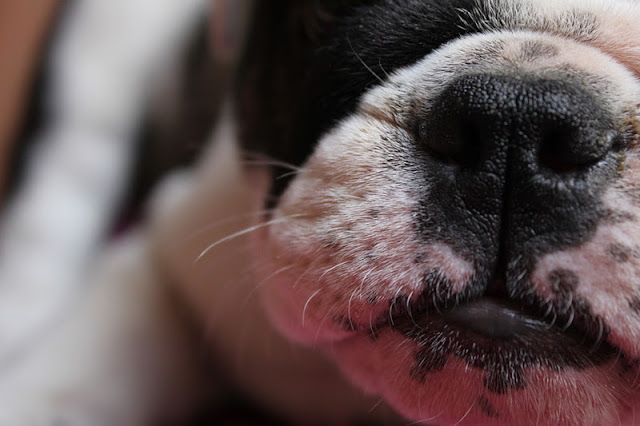 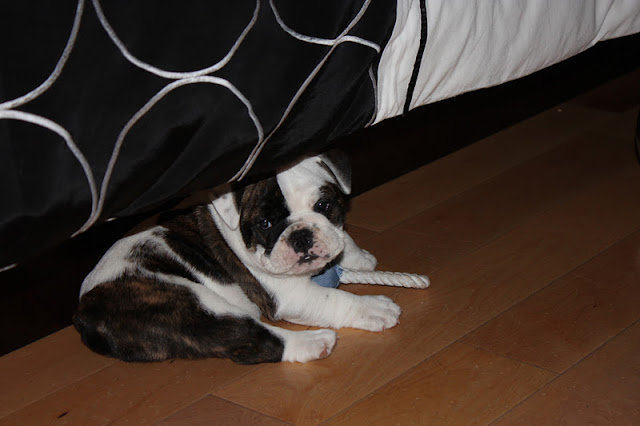 Greg and I have had him now for 13 days exactly and by day 2 he was fully house trained. We’d like to give ourselves credit and Hi-5 for being such awesome “parents” but um… we can’t. We showed him the grass every time he woke up or after he ate and he pretty much went straight through the door and onto the lawn whenever he needs to go, right from the beginning. He’s a Super pup. He deserves a cape. LOL.

I say this because he plays with us and then when he is tired, he gets up and goes straight to his bed and sleeps, like a good little child. Greg and I looked over at each other when this first happened and were literally like this, wide-eyed and in unison: “WOAH!!” 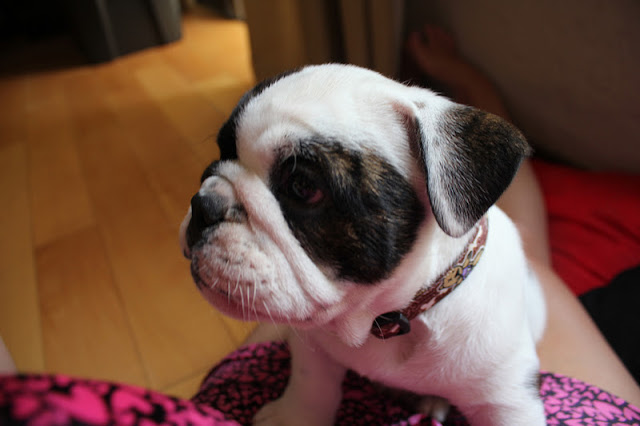 I have cabin fever though to be honest. He is too little to leave on his own at the moment so I’m home bound with him all the time.

Which reminds me. I had to pop out to the grocery store the other day, so I figured I’d take him with. He was so good sitting in the basket looking adorable. Who knew he was SUCH A BABE MAGNET? Why did I NOT know this when I was single?

Ladies, if you’re single and want a hot guy who is a dog lover (bonus); I’m pimping Duke out for a fee. Kidding.

I got “hit on” twice. Once at the feta cheese section (that’s how random it was) and then by a different guy by the wine section – he even asked for my number saying he has a puppy too and we should do a “play date.” Hilarious.

I’ve banned Greg from going out with him. Alone. Kidding again. 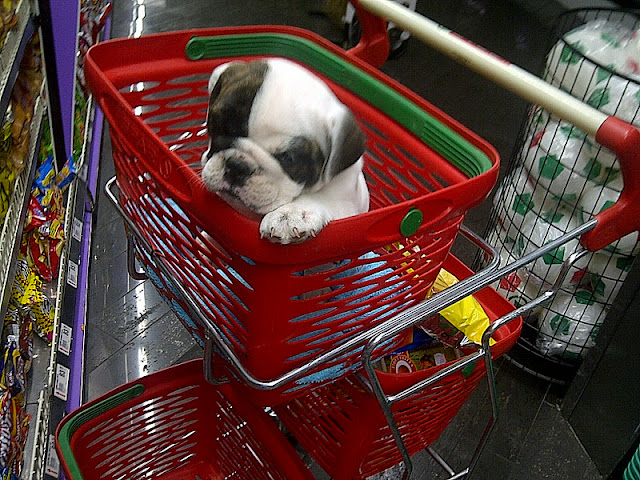 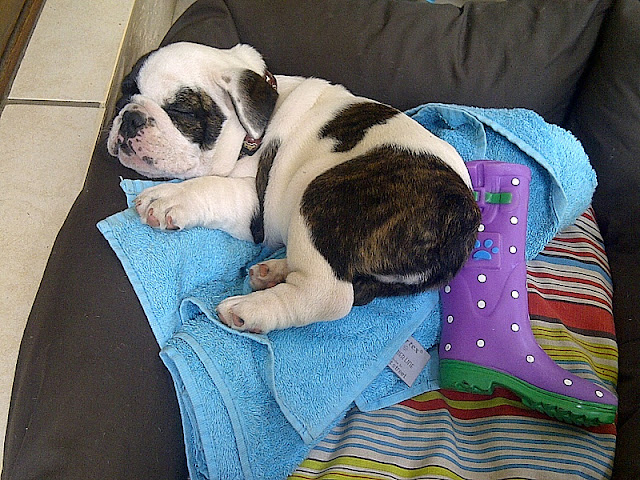 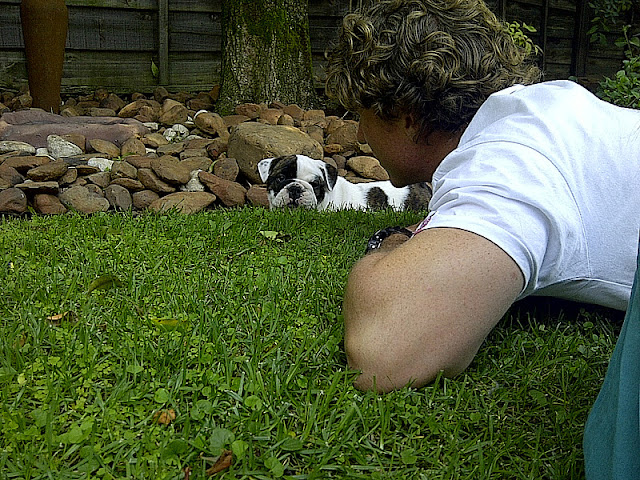 We are bathing him today – his first bath. This should be interesting. I hope he is the one to be soaked and not us. I just really hope it doesn’t take away his puppy smell. I love it too much.