When I was given the opportunity to do whatever I like, play whatever music I like and pretty much have carte blanch in my 2 hour radio show on 2Oceansvibe Radio, I was beside with myself with creative excitement. It was also scary. Having a blank canvas is actually daunting. It’s far easier being told what to play, when to play it and when to say your link.

When I had been doing the Afternoon Drive show for 8 years on 94.7, we had the privilege of interviewing a lot of celebrities and interesting people, but we were given 3-5 minutes with them and it would always result in having to ask the obvious (dull questions).

If a band was coming in to promote their album, well, that’s what you’d need to get out in essence, and you’d never have enough time to get into more interesting questions. Plus you’d then play their latest single and that was it.

I decided that since I am in the celeb/entertainment industry and friends with most, I’d hold an interview that would be an hour long, with music in between – either their choice of music (you can tell so much by someones choice) or if it was a band/artist, play as much of their music in the hour as possible.

I have never run out of people to interview and it’s allowed me to experience so many incredible stories. My show is proudly growing and growing and has exposed me to so many fascinating people – not just celebs, but business owners, people with experiences and those doing amazing things.

I am fascinated by peoples stories. Everyone has one and each persons story is as extraordinary as the next.

You can listen to my shows every Monday – Thursday from 12-2pm by clicking here and the beauty is, you can listen wherever you are in the world.

A few weeks ago, the tables turned on me. I was interviewed for the website Humans of SA and I found it strange to be on the other side this time. It was daunting being asked questions and answering them, but I really enjoyed the process and it gave me a chance to feel what it’s like when I’m usually the one asking the questions.

In fact I think it’s the first time in years, since I’ve had a sit down, talking interview that was then transcribed.

Ordinarily I’ll be emailed questions, I’ll type out my answers and send them back.

If you’d like to see my interview read more here: 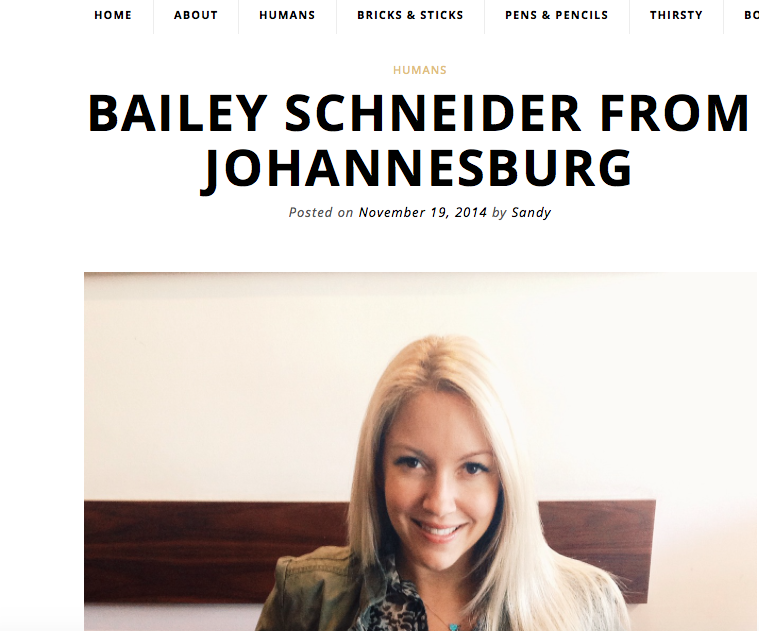 Sandy L is the brainchild being Humans of SA, after she was inspired by Humans of New York and I really appreciate being asked to be a part of this! Thank you