After 3 and a half years on SA’s Biggest Digital Radio Station, 2Oceansvibe Radio, I’ve resigned from The Bailey Schneider Show (Monday – Thursday 12-2pm.)

This is my last week on 2Oceansvibe Radio and my last show will be this Thursday, the 10th of December 2015.

I haven’t made this decision lightly, but Smile 90.4 FM, Cape Town’s fastest growing station, has made me an offer that I just cannot refuse. From January 2016, I’ll be co-hosting the full Afternoon Drive show with Maurice Carpede, Monday to Friday 3pm – 6pm.

Since May this year I joined the Drive show only from 4pm, but from the New Year I will officially be doing the full Drive Show, which is so exciting I might burst!

I do feel sad to be leaving 2OVfm because since the 17th of April 2012, I’ve poured my heart and soul into my show.

It is also the place where I met Sox. I walked into the radio station on Friday the 18th of May 2012, DJ Sox and Yaron were presenting their show from 3-5pm. The rest is history.

When I hung up my Afternoon Drive headphones at 94.7 on the 31 March 2012, 2Oceansvibe Radio offered me my very own show. It would be Monday – Thursday 2-3pm.

I asked for a 2 week break and began on the 17 of April in the new Johannesburg studios in Melrose Arch. I was coming from formatted radio to: “Here Bailey, here’s a show and you can play whatever music you want and do whatever you want on it.”

It was terrifyingly exciting and extremely daunting to have that much carte blanche. When you’re given guidelines and format it’s safe… but when you can do whatever you want, it’s a bit mind blowing.

I took that 2 week break to really decide what I wanted to do on the show. I wasn’t going to have a producer and everything I’d be doing would be self produced and presented, which has continued to this day.

I decided I’d interview my friends/peers who are all successful musicians, presenters, actors, actresses, those who made up the South African celebrity circuit, businessmen and women, brands, products, it just grew and grew. I knew I wanted to interview anyone with an interesting story.

I didn’t just want to do a 5 minute interview – what can you really learn from that? I did one hour interviews with music in between to really get to know the person.

If it was a band/musician I interviewed, I played all their music that I could fit into the hour. Those who weren’t musicians, I got them to choose their playlist. You can tell a lot by someones choice of music. I’ll never forget Derek Watts from Carte Blanche requesting Die Antwoord.

It was not was I expecting.

I remember interviewing Jesse Clegg. He was on a media tour, which means in and out of interviews with various TV and radio stations, newspapers etc. I could see he was on autopilot, ready to answer the stock standard questions. I started the show by saying this: “Jesse, we can’t avoid the fact that you’re the son of Johnny Clegg…”

At this stage I could see the flicker in his eyes of: “Here we go… here comes the question of: What’s it like to be the son of Johnny Clegg?”

I continued, “… but what I would like to know is: How’s your mom and what is she like?”

Just as he was about to launch into the automatic answer, he suddenly stopped. He sat up immediately, leaned in and laughed: “Wow! I was not expecting that. No one has ever asked me that before. My mom is good, she’s actually the glue of the family and without her I don’t think my dad and I would be where we are today.”

It was a moment I’ll never forget.

It was also the moment that made me strive to ask questions that would have my guests saying: “Interesting question – I’ve never been asked that before…” 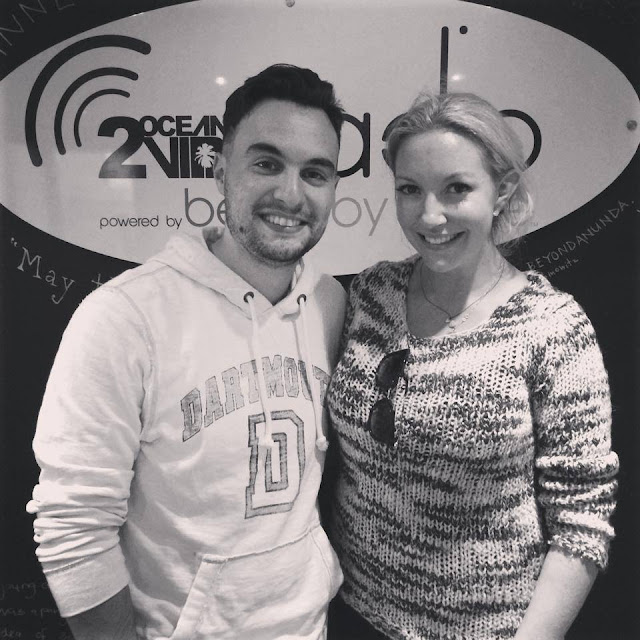 My best friend, Karolina Sky and I even did a BFF Show for a little while and we had so much fun! 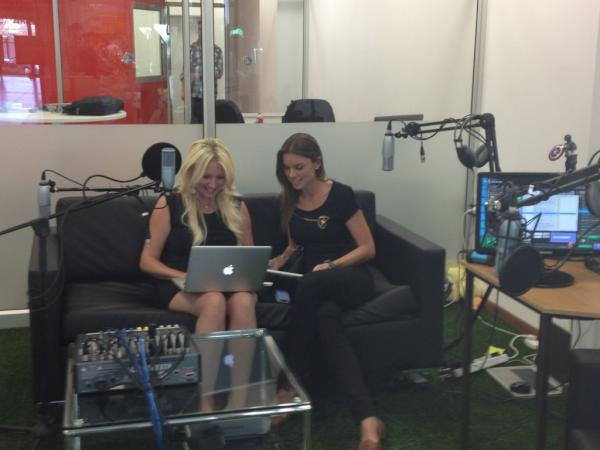 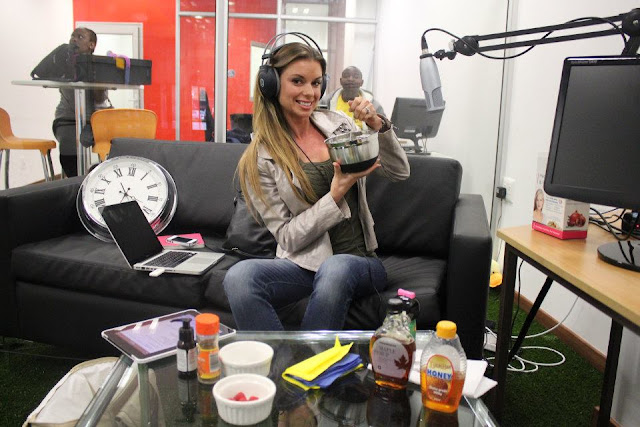 In April 2013, I transferred from the Johannesburg, Melrose Arch studios and relocated to Cape Town.

In April 2015, MNet Movies came on as the prime sponsor of The Bailey Schneider Show and I’ve loved chatting about movies and doing fun competitions. 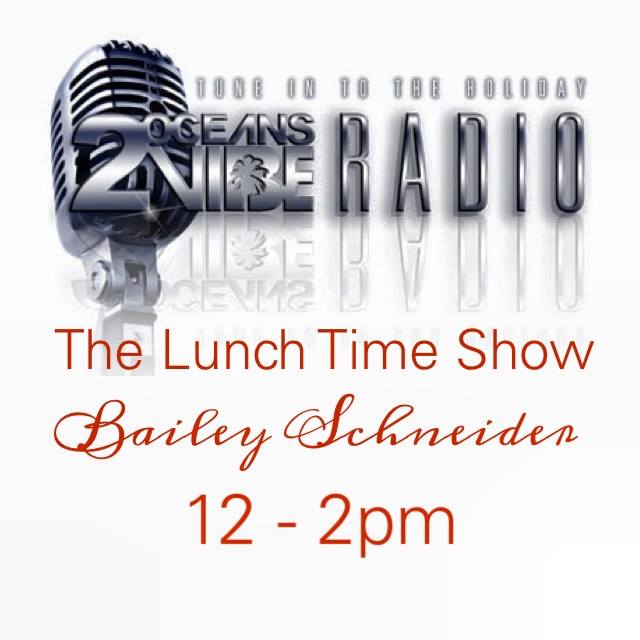 In 3 and a half years I’ve got so many highlights it’s crazy and I can’t list them all,  but it’s fun to take a trip down memory lane.

Here are some pics over the years (some are quite blurry – funny to see how the phones cameras have become better over the years.) 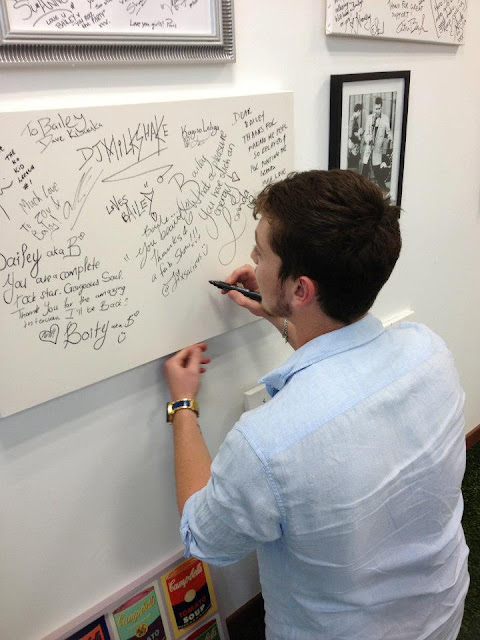 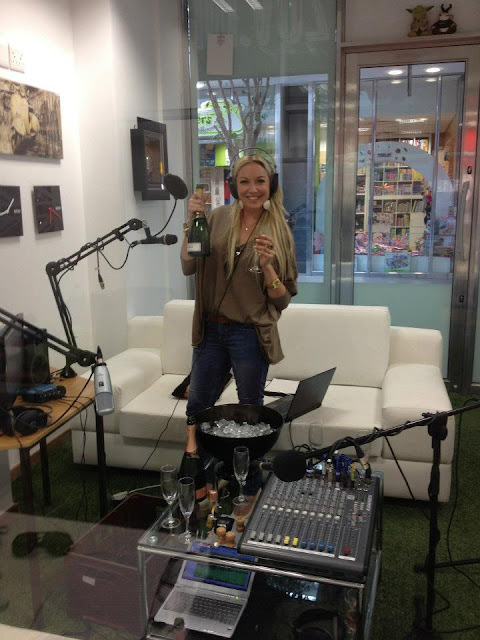 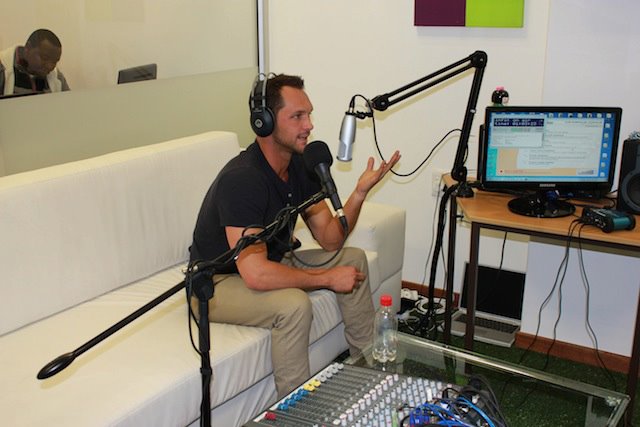 I’ll never forget this day… It was snowing in Johannesburg in 2012… I had fashion designer Gert Johan Coetzee on the show! 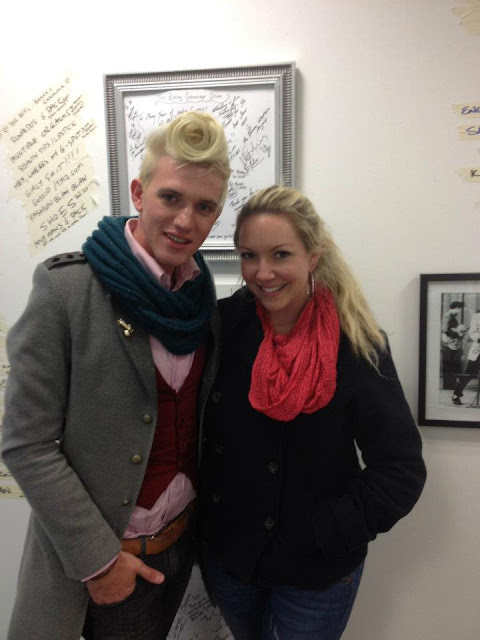 I loved being able to put my ex “work husband” Mark Pilgrim on the other side of the radio mic as I interviewed him for a change. It was a fun Baldy and Bailz Reunion after years of being together on 94.7 Drive show. 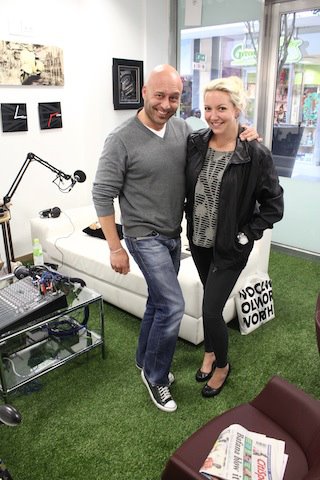 I interviewed Leanne Manas who was ready to give birth any moment. She even joked on air, that this could be the most interesting interview yet and could turn into a live birth on the couch. 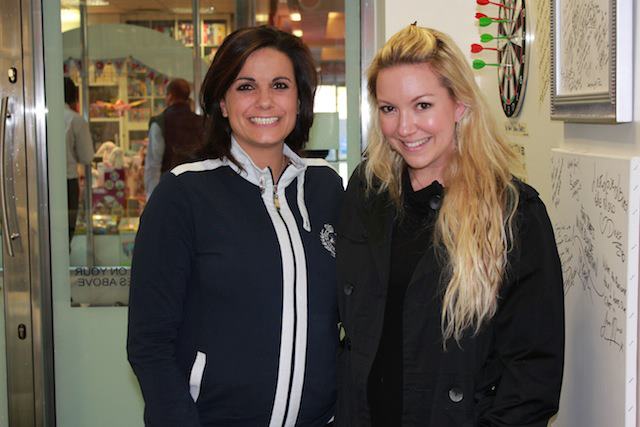 There are so many more pics, but let’s move onto when I moved down to Cape Town and started broadcasting from the CT studios. 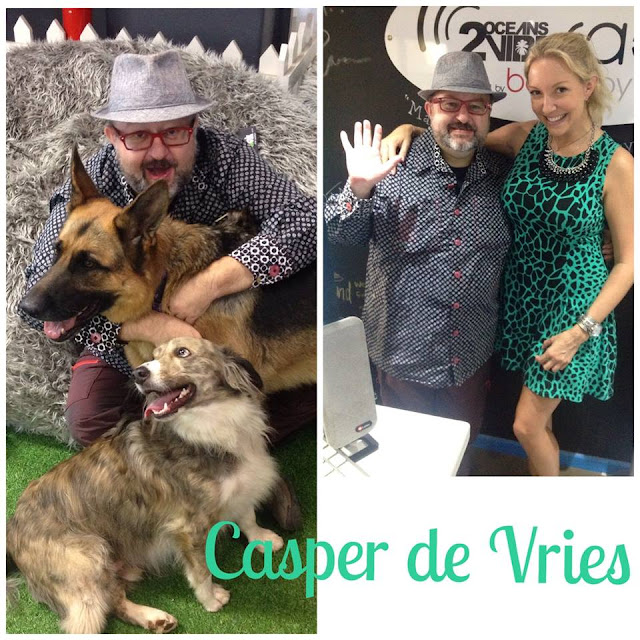 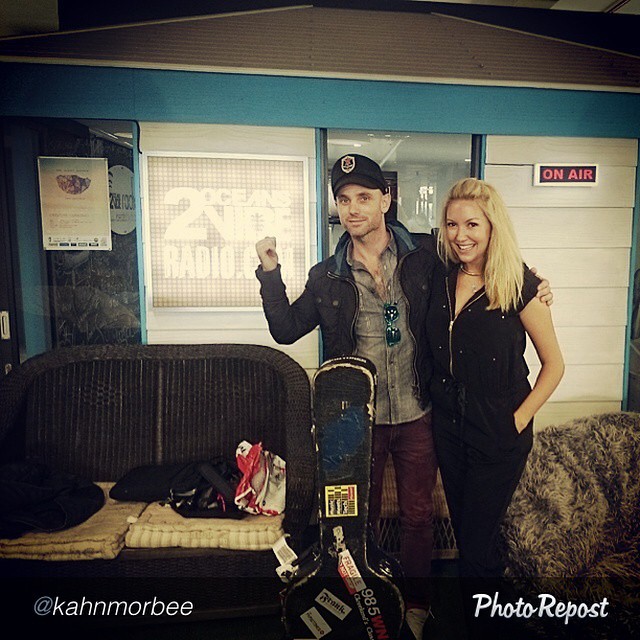 I did an Outside Broadcast at the L’Olmarins Queens Plate and interviewed Ryk Neethling, Jen Su, Liezl vd Westhuizen and Cindy Nell, amongst others… 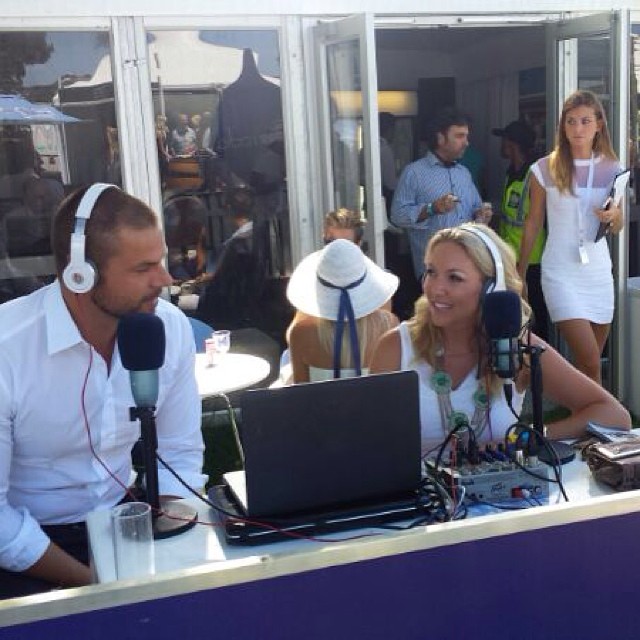 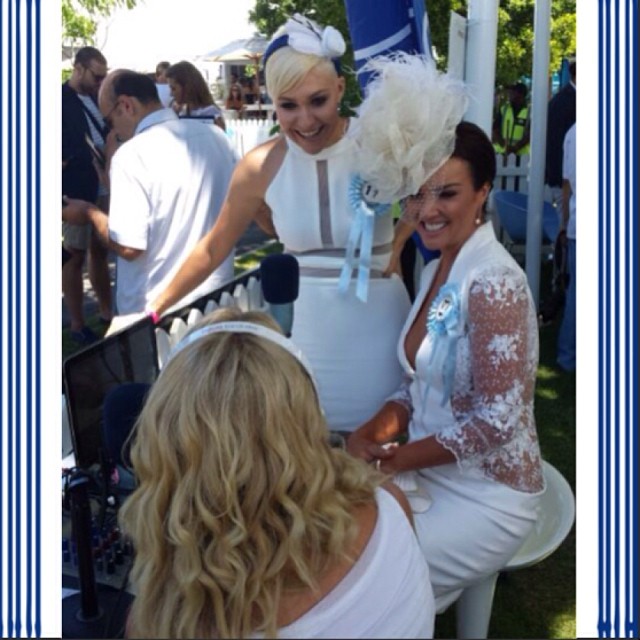 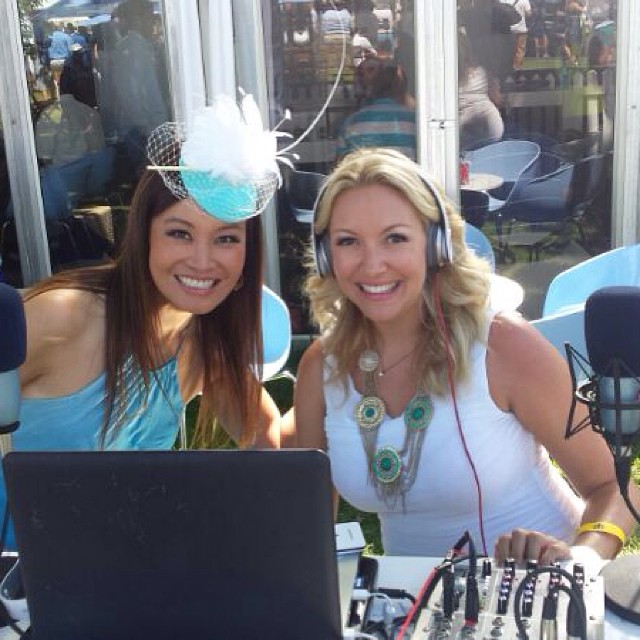 So thankful for the amazing support and encouragement I got from the boss – Seth Rotherham… Flowers on my 2 years at the station. 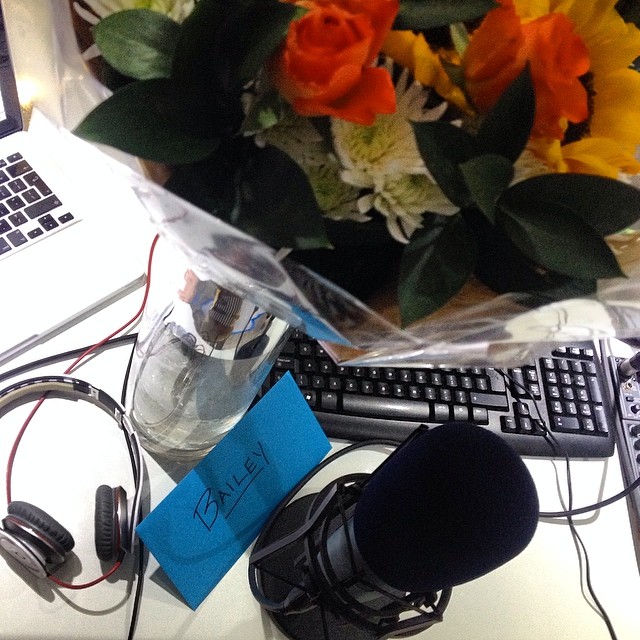 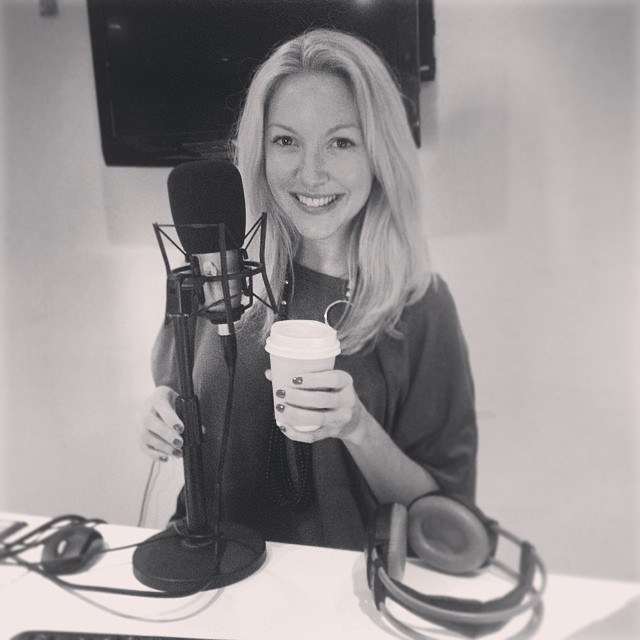 Oh my gosh, I just can’t post any more pics… but what an incredible ride it’s been! This trip down memory lane has me so emotional.

I’ve loved it all, learned so much from the people I’ve interviewed, I’ve laughed, I’ve cried and I’ve grown!

I’m really proud of how my show grew, how digital radio has grown and I’ve loved being a part of it.

Thank you to Richard Hardiman and Seth Rotherham, the founder of 2Oceansvibe, for the amazing opportunity – I will never forget it. Thank you for saying that I will always be a part of the 2Oceansvibe family.

Thank you to my awesome guests who made my show so entertaining and for opening up with your answers and sharing! Everyone has a story to tell and it’s just about listening.

Finally, a massive THANK YOU to all of you, the listeners, who took the time to tune in. I really appreciate the tweets, the interaction, the questions for my on air guests and for just being so supportive.

I would like to make a special mention to @ADaftScot @kniferocker and @GrantWood86 – really appreciate you guys!

2016 holds the new, wonderful chapter and adventure of my radio career. I am so thrilled to co-host the Afternoon Drive show on Smile 90.4 FM. I hope you’ll join me there.

For those who still want to listen digitally, you’re welcome to on www.smile904.fm 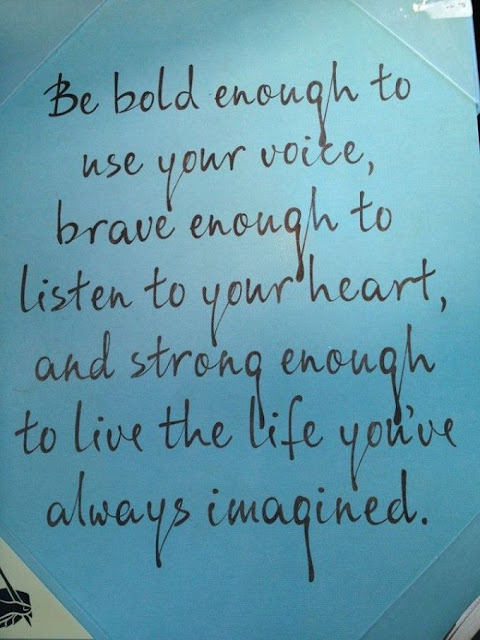