The day finally arrived. I had my photo shoot scheduled for Monday the 14th of May 2012 at 9am for the USN 12 week Body and Lifestyle challenge. Can you believe 3 months is up?

To be perfectly honest with you, 3 months ago I was completely dubious about whether the USN Challenge worked.

I remember looking at the Before and After Photos of the girls and guys who had embarked on the challenge on the Starter Pack box and immediately thought: “Yeah right!! Photoshop!!”

But, I signed up as part of the Celeb Challenge on the morning TV show Expresso and decided that this was my opportunity to really give it my all, be determined and do my absolute best. I simply wanted to lose weight and to be healthy and fit. I wasn’t putting a goal in place because it wasn’t about being a number on a scale; it was about being the best version of myself.

If you have followed my USN Progress on my blog, then you will know that I have said this a few times. This was one of the hardest things I have ever done, but also not as hard as I thought it would be. I don’t know how to explain it. It was hard and tough, but it wasn’t impossible or unobtainable.

On Monday morning I woke up before my alarm. I was so nervous. I guess a part of me still sees the bigger girl from 3 months ago and it’s taking my mind a little longer to catch up with my new body.

I bronzed myself the night before because it’s not normal to be as pale and pasty as I am and I figured if I’m going to be in an itsy bikini, best I not shock the photographer. 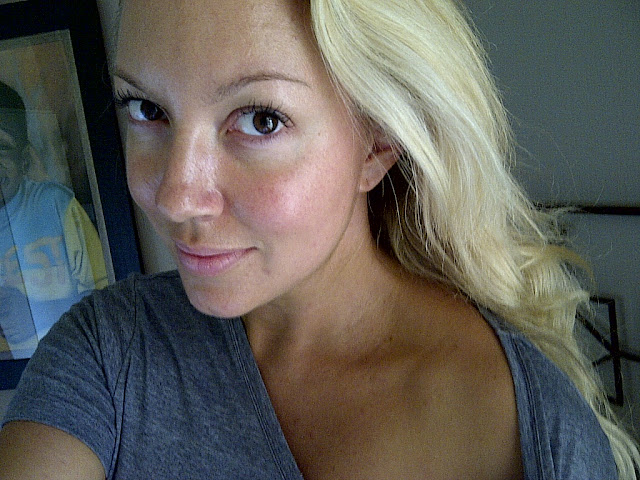 I arrived to be greeted by Gareth and Lauren from USN, the team from Expresso, the incredibly talented photographer Richard Cook and then realized: Oh good grief…all these people, cameras, TV cameras and…. me in a bikini.

This is so incredibly vulnerable.

Everyone was so awesome… They were so excited about my results and made me feel hotter than Heidi Klum.

As soon as we got into the photo shoot I started to relax more and more and I really had fun. In my head I was thinking: I don’t even like being in a bikini on the beach…and here I am in front of cameras, in front of a crowd of people and I’m so proud of myself. I did it. I really did it. 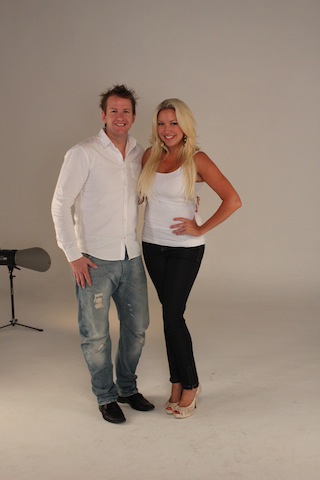 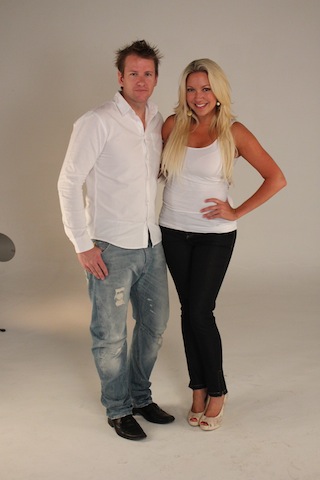 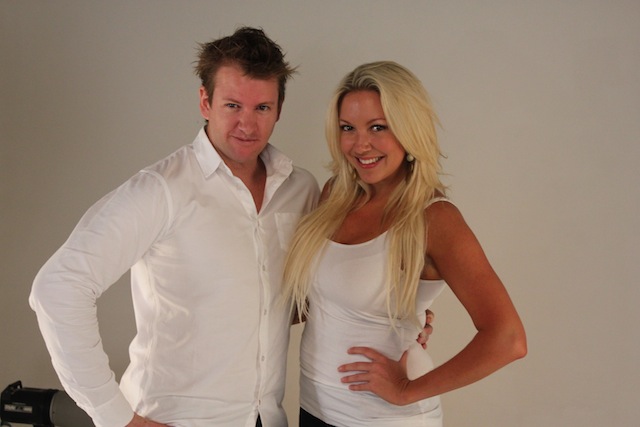 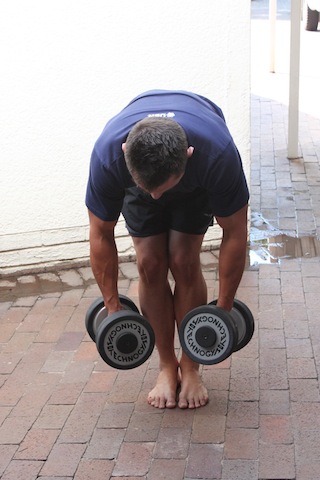 I also met Jacques Fagan, a USN ambassador and athlete who was having his shoot done too. Gareth kept teasing me telling me to stop “perving” … I told him I’m not perving, I’m appreciating.

Seriously… who can blame me? 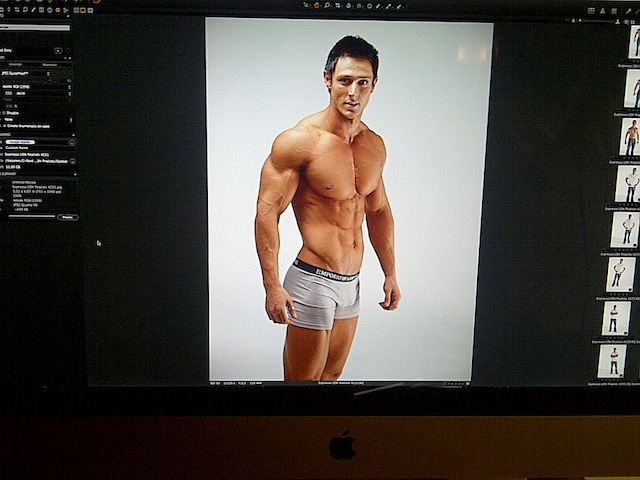 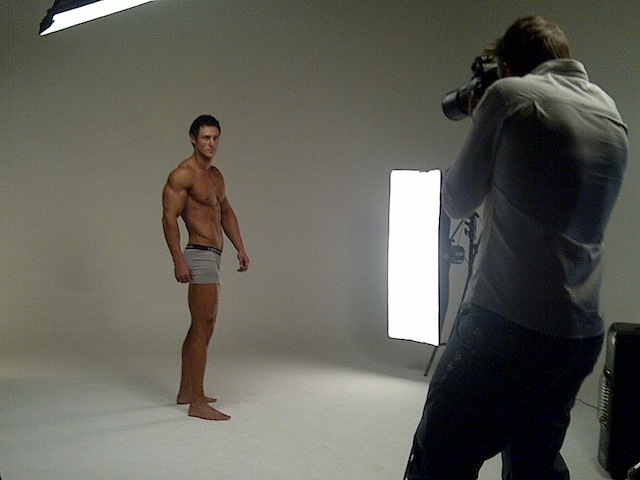 Gareth took my measurements after the shoot of bikini, active wear and casual wear and came to me with the results. I started the challenge with very little muscle mass and a huge percentage of body fat. It was important for me to build muscle mass and lose body fat.

So when I started I was told that I needed to worry about the body fat % more than what the scale said. It’s so true. The scale went up in my first few weeks as I built muscle and I remember being shocked; but the body fat % was decreasing. It makes sense. Muscle is heavier.

My final results are:

I dropped 5kgs in weight but gained muscle mass.

Let me take you on my journey…

This is me at my heaviest:

This was taken at the Shout Music Video shoot in November 2011: 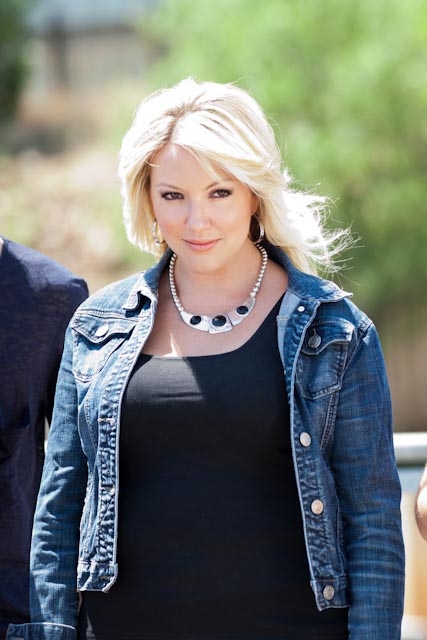 This is my official USN Before Photo: 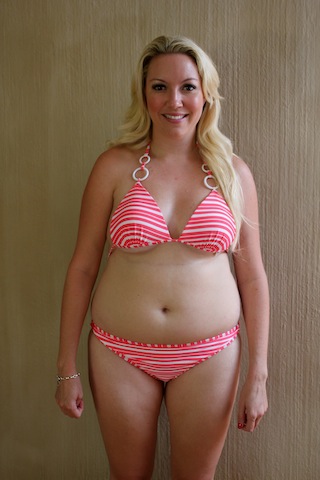 This is my official USN After Photo: 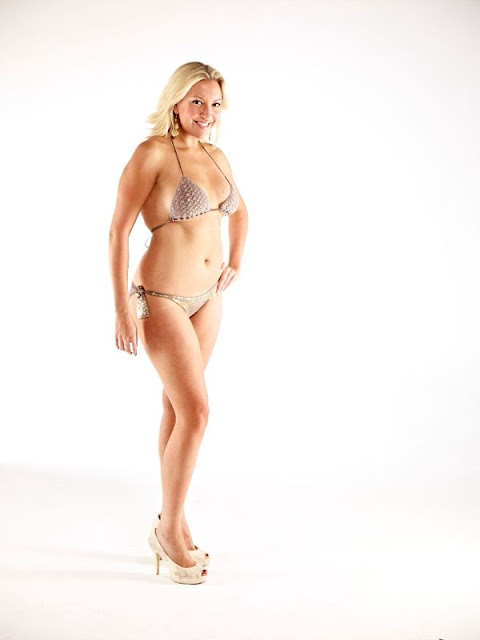 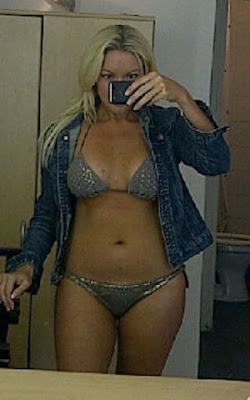 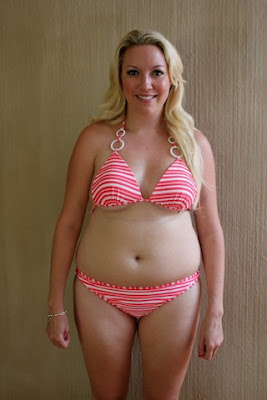 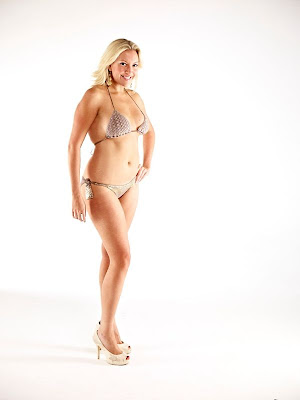 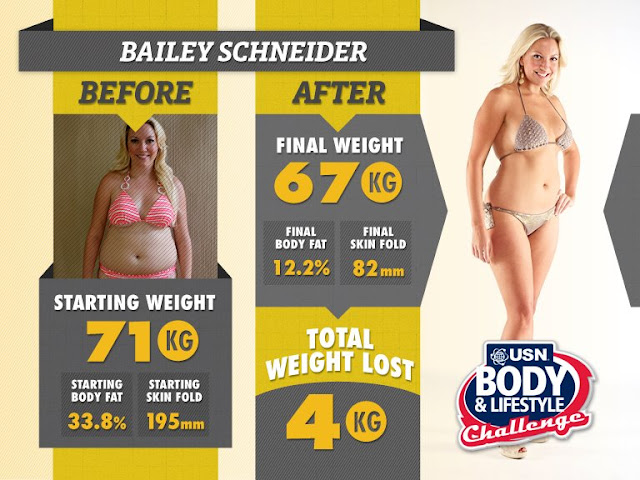 I have decided to continue on the challenge… I really want to tone up even more and like I said…this is a journey and a lifestyle now. After every bit of hard work, sweat and tears, I would be SO DISAPPOINTED if I had to go back to my unhealthy lifestyle.

I can’t thank these people enough:

USN as a whole who are going to continue supporting me in my journey. *Happy Dance*

The Expresso Show for the amazing opportunity.

My family, my friends and my colleagues who helped me and supported me every step of the way.

I couldn’t have done this without your help.

PS. I’m going to do 2 posts today – I’ll publish all the pics from the actual Expresso Show later, so come back this afternoon 🙂

A Joburg weekend of events, catch ups, a wedding and Mothers Day