The Festive Season is here and I’m so excited about it. I love this time of year. It is normally my busiest time, but I think it’s really important to balance out and make some more me-time/downtime.

A guilty pleasure I have is binge watching series and movies. My schedule doesn’t always allow me to watch series when they’re scheduled on TV, so I love that ShowMax offers me an amazing list of my favourite series and movies that I can watch in my own time.

I’ve written about ShowMax before when it was launched by Naspers in August 2015. Read here. It’s a video on demand service that allows users to a wide range of content (the best movies, series, talk shows, documentaries, local programming and so on) for a monthly fee.

ShowMax has also become a thing for me and it’s so easy to ShowMax (yes, it’s now a verb).

All you need is an internet connection, a suggested 2MBps line and up, and an uncapped line.

It’s only R99 a month and you have unlimited entertainment. The first 7 days are free, so you can give it a trial run to see if you love it.

Even Jack Parow and Anele love it.

I got left behind in watching Elementary, so I’m now catching up on that.

I’ve been told I look like the girl in the show, Arrow. I’d be lying if I didn’t say I was intrigued, so I am excited to start watching that.

I also began watching this documentary and never got to finish it, so I can’t wait to watch this… 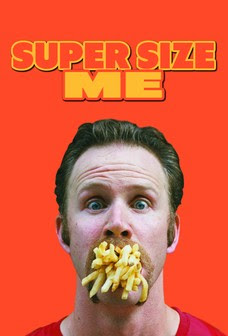 If you need any helpful hints on ShowMax, watch here.

I’d suggest you head on over to ShowMax now and sign up… You won’t be sorry.www.showmax.com