Things have been so crazy and I’m so behind on my posts, but better late than never right?

Over the weekend of Georgie’s 2nd birthday, my Dad flew down to Cape Town from Johannesburg. My Mom was going to fly down too, but Duke (our Bulldog) isn’t well and she needed to look after him.

He arrived on Friday morning and the most heartwarming part for me was to see George run up to him as if no time had passed at all. I suppose a fear that we all have, living in different cities is that they won’t know their Grandson and vice versa. The great thing is that Whatsapp Video, Skype and FaceTime really bridge the gap and George recognises them every day/second day we video call, so when he saw my Dad in person it was like they picked up right where they left off.

This trip George started calling my Dad “Papa” on his own accord. We always say: “There’s Grandpa!” pointing at the video screen, so it’s sweet that he’s created his own name for him and my Mom. He doesn’t say “Granny” – he says “Guy-ee.”

After G’s nap, we headed to the Waterfront to the Hamley’s Train! It was so funny and sweet to see George so excited to pull Papa onto the train.

My Dad took the next two pics and I love them! 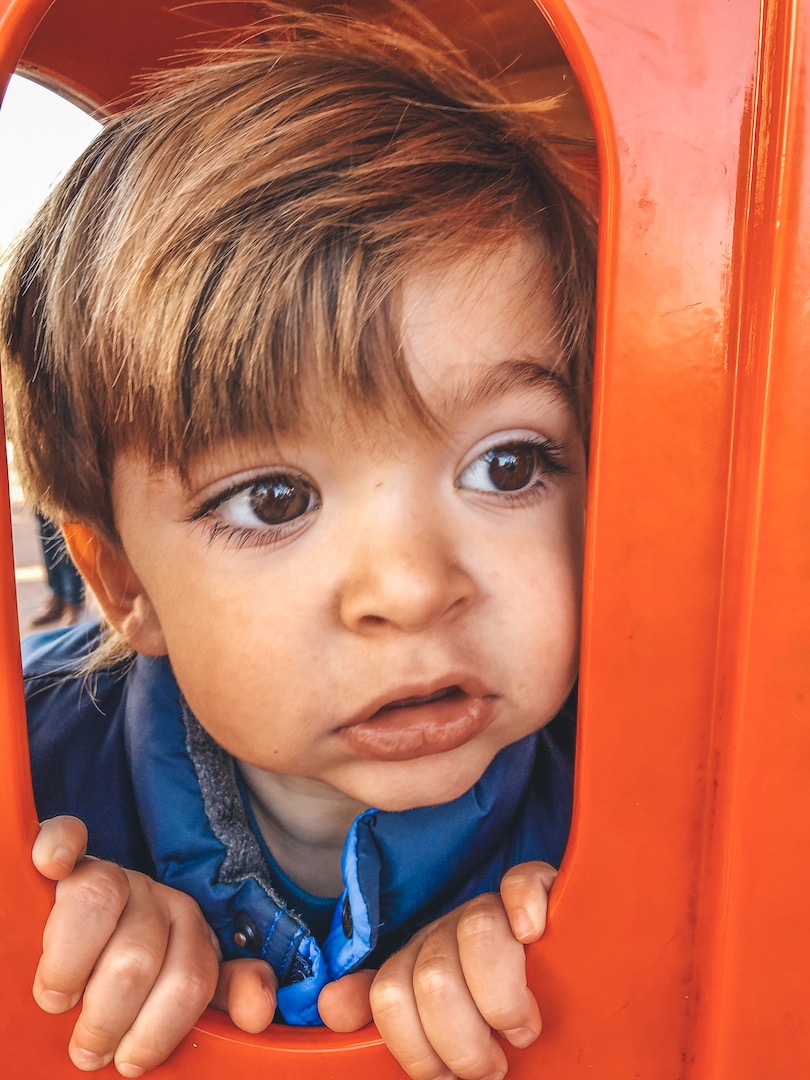 On Saturday it was George’s 2nd birthday – we opened pressies and had coffee at home. While G napped, my Dad and I rushed to the venue to start setting up for this party. You can read about George’s 2nd Birthday by clicking here.

Sunday was Father’s Day! It was really special to celebrate Sox and my Dad!

George and I gave them their Father’s Day gifts and we went to the Oranjezicht Market for breakfast. 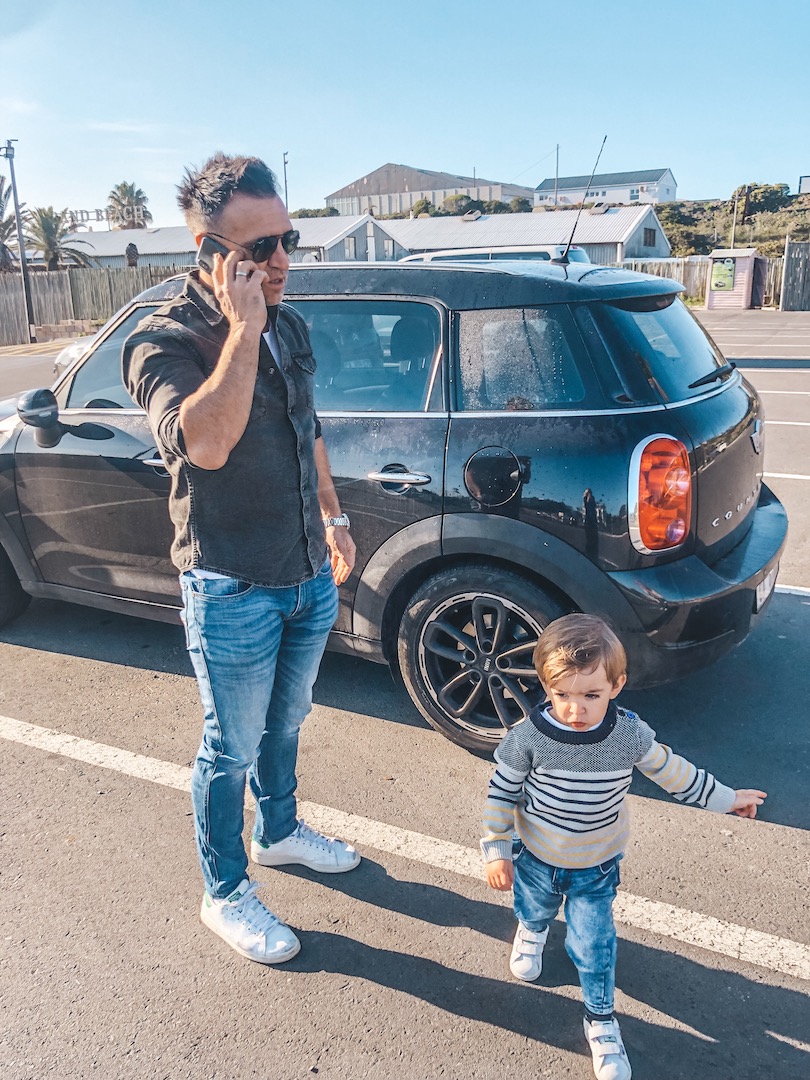 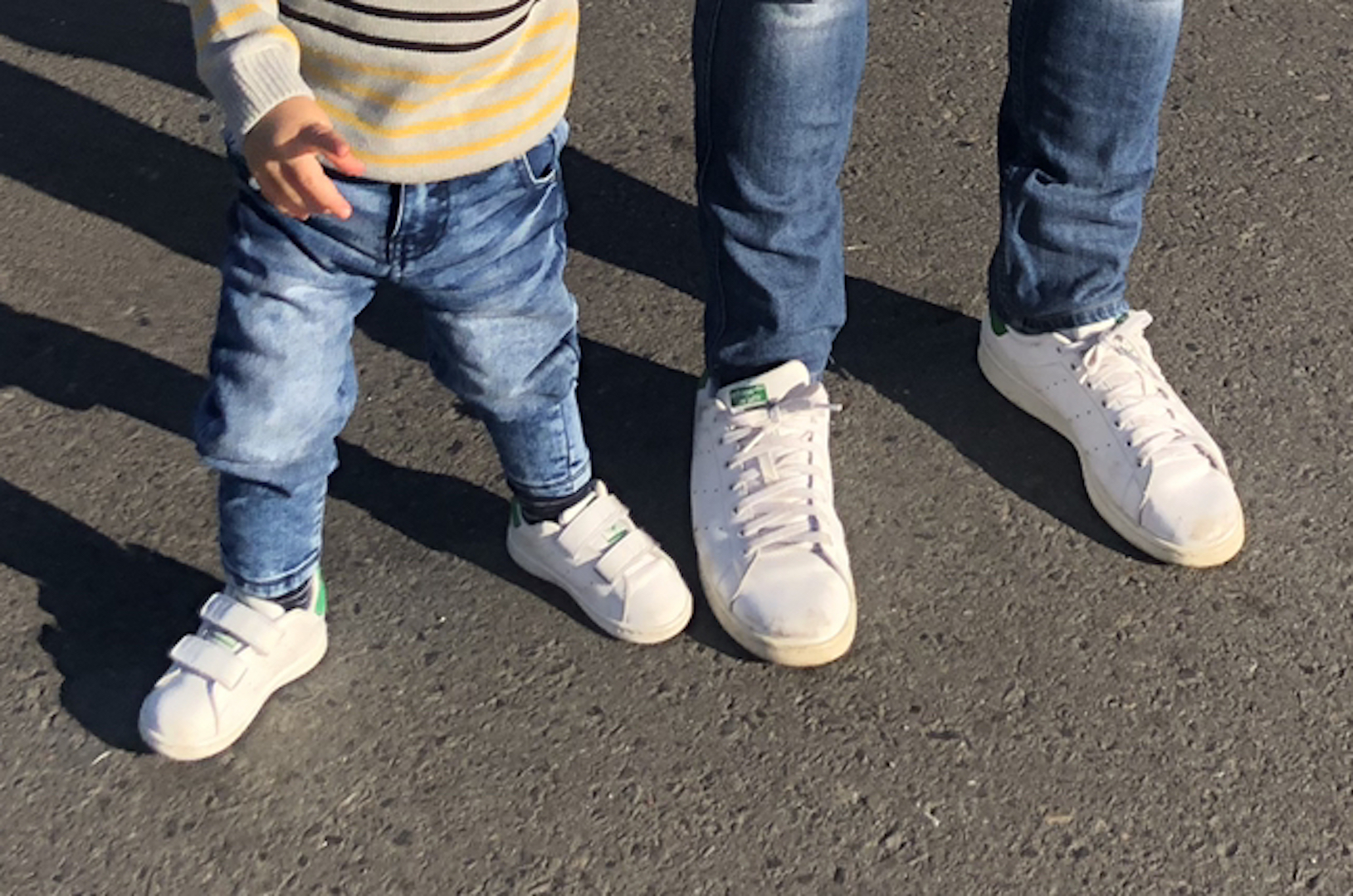 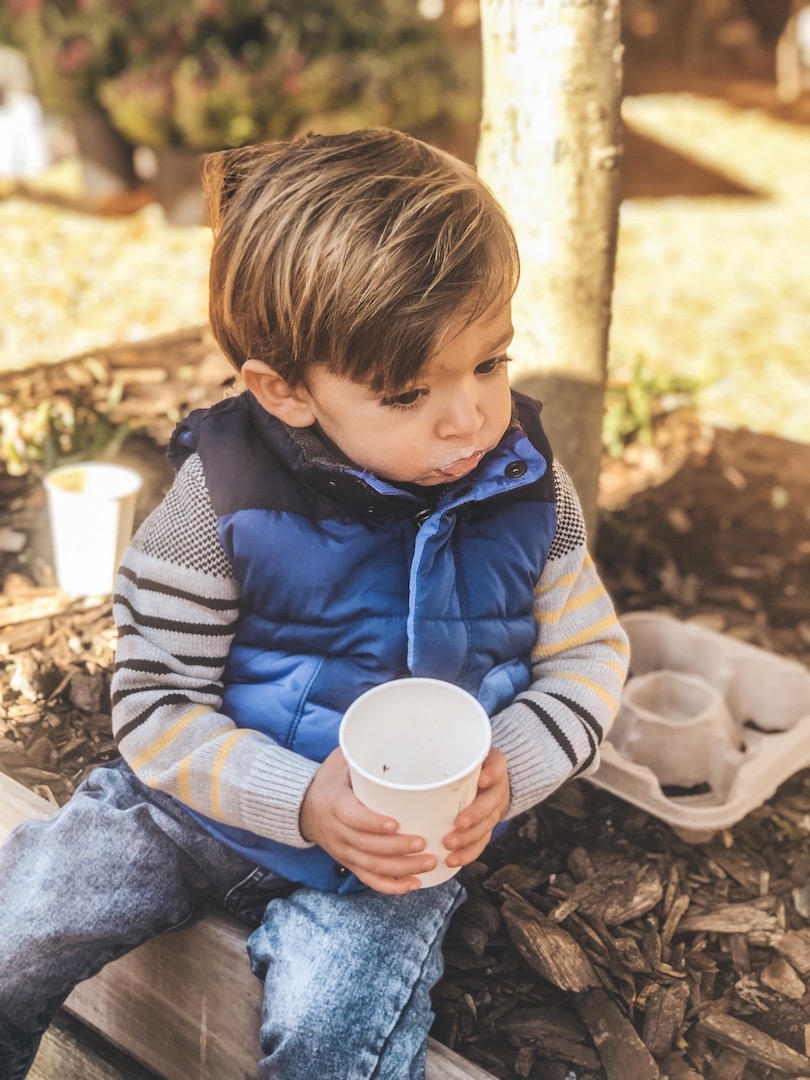 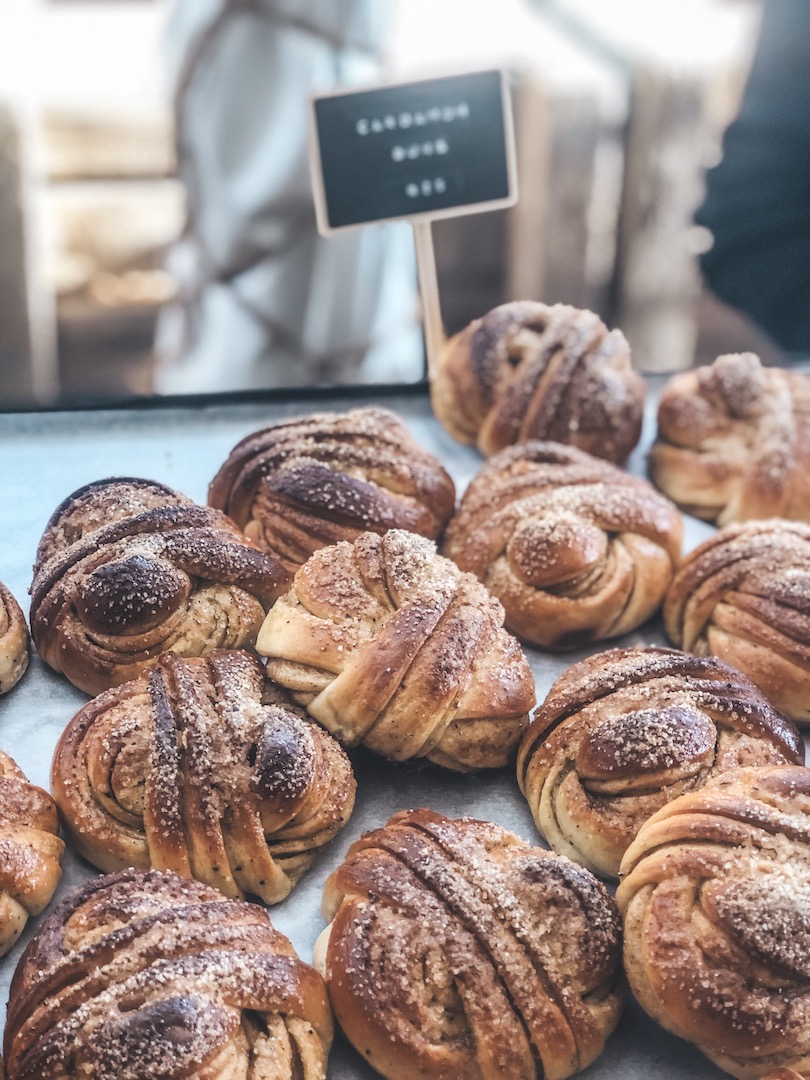 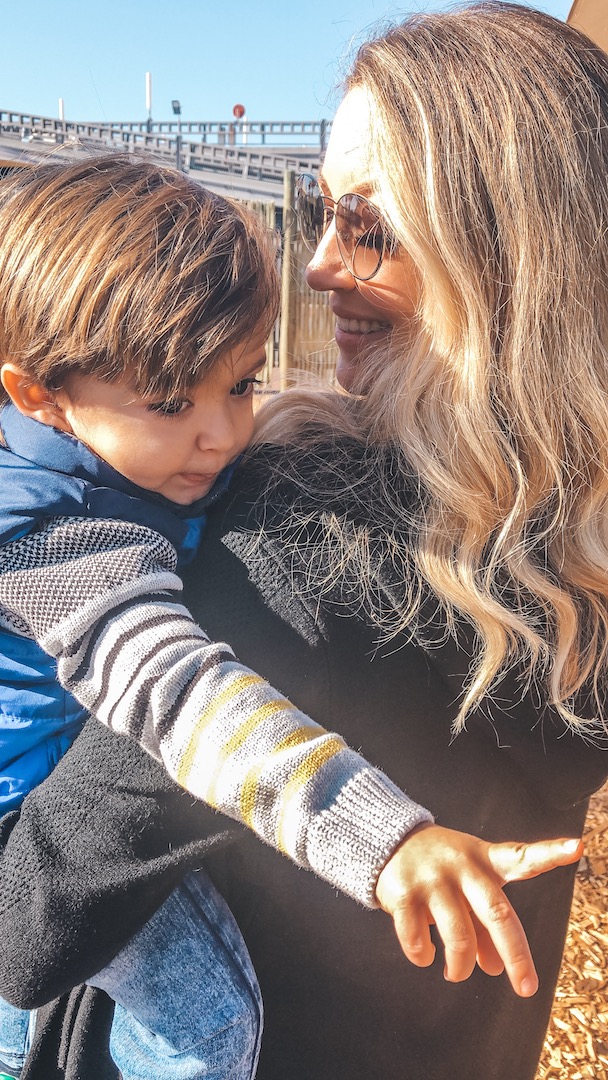 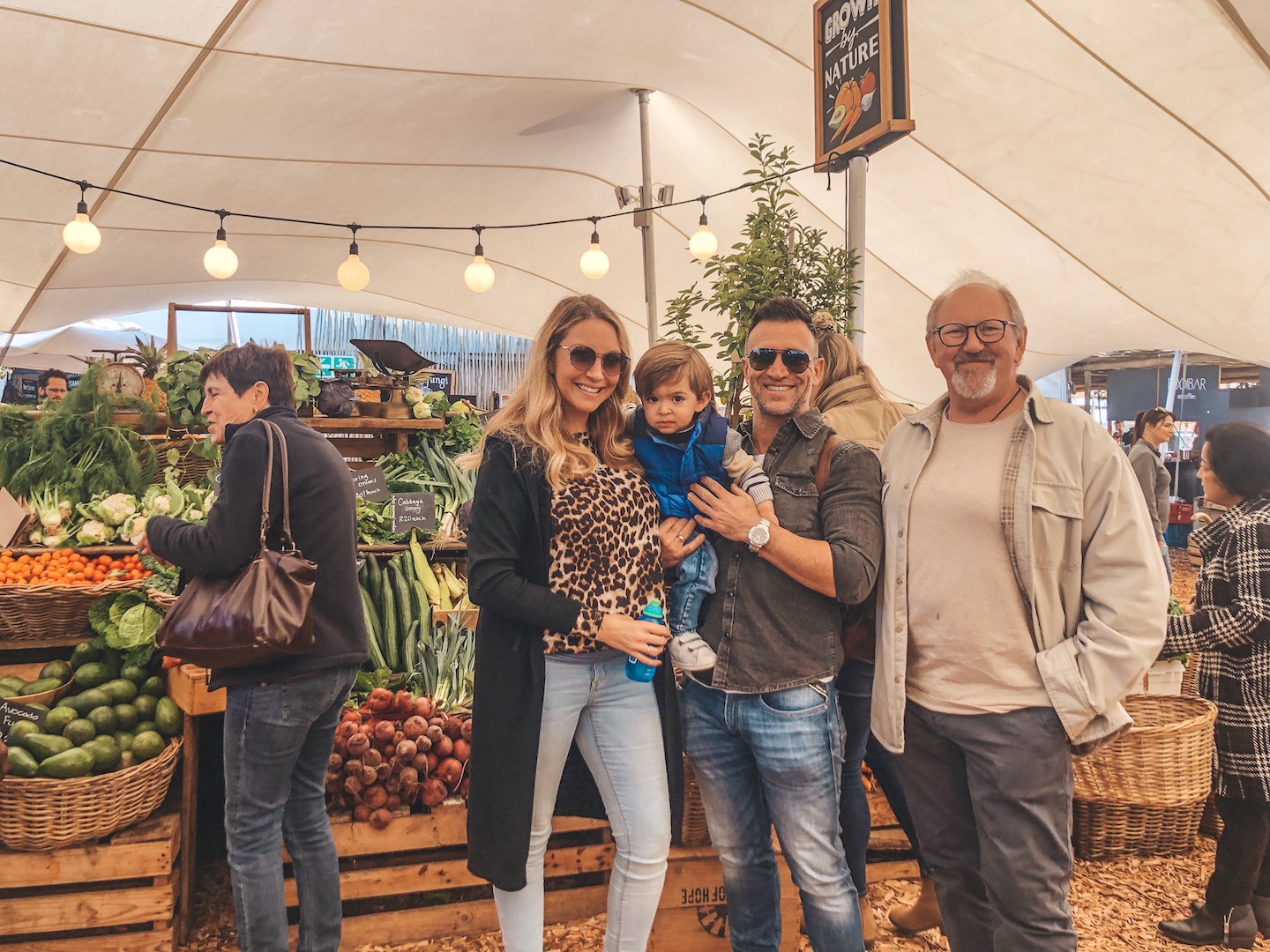 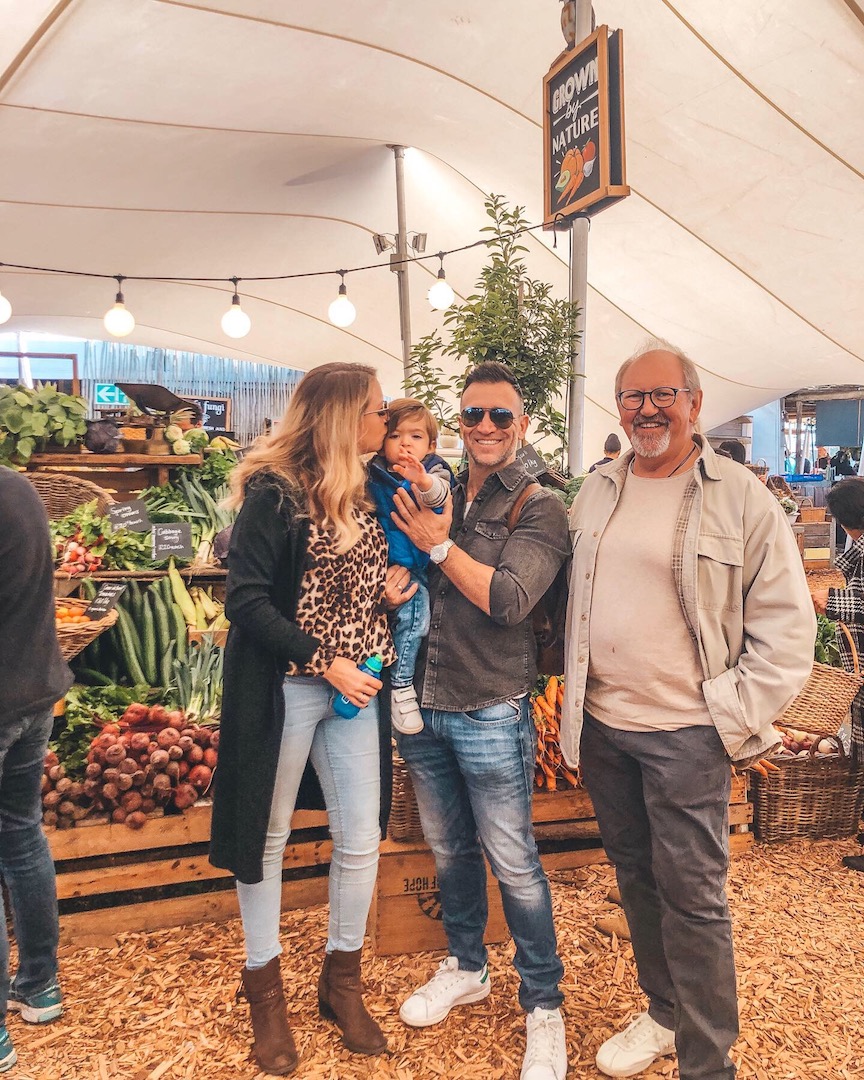 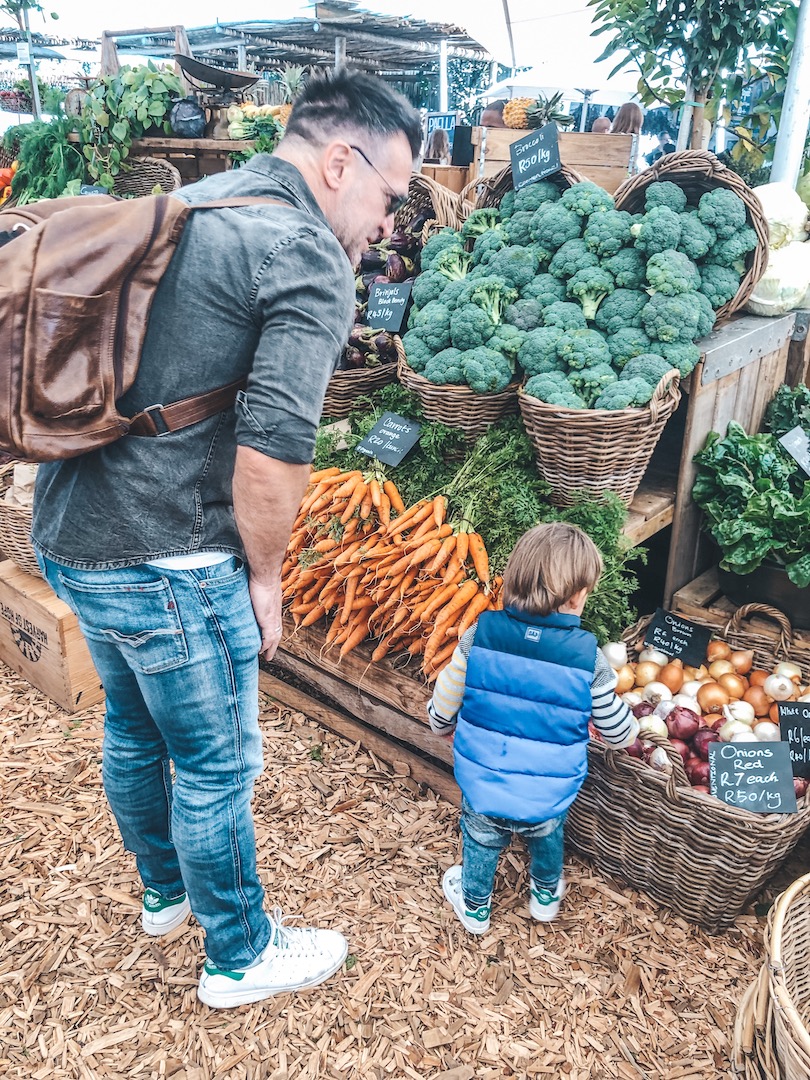 This little face in the next pic is so funny! He kept pointing at the onions saying: “Apples.” We kept telling him that it wasn’t an apple, but an onion and this was the face we got.

We went to the Waterfront afterwards for a little shopping… Sox helped my Dad with some clothes shopping and then my Dad took G back on the Hamley’s Train! 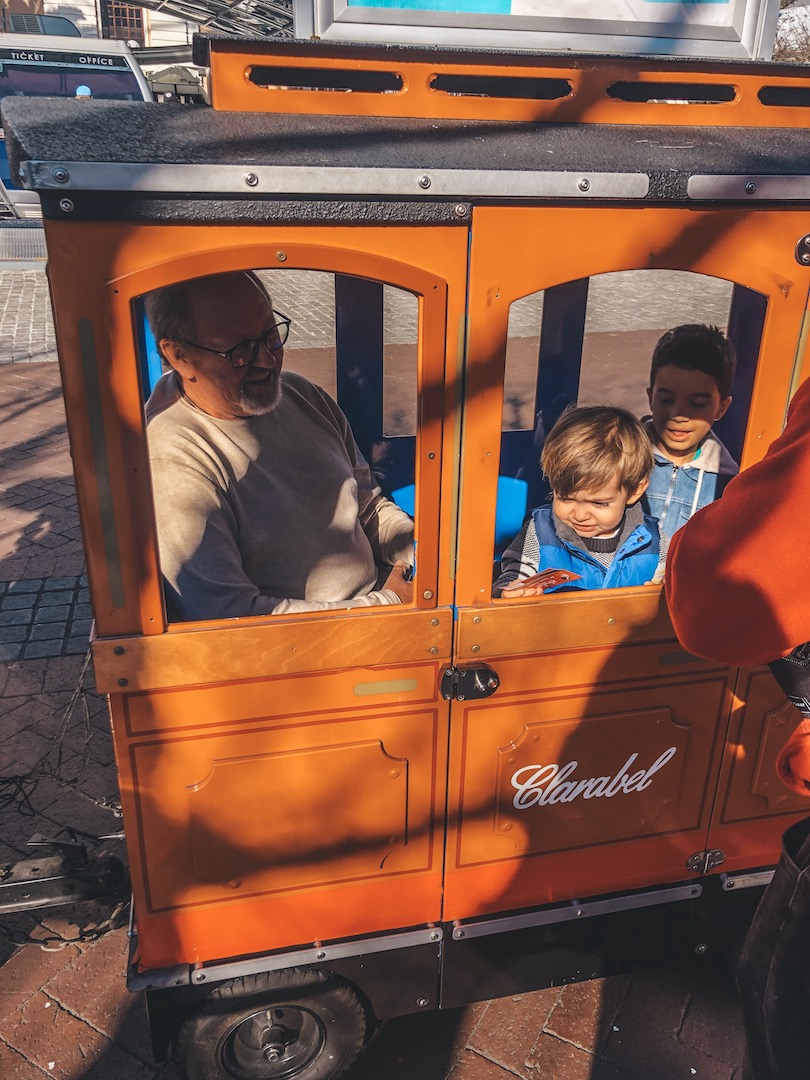 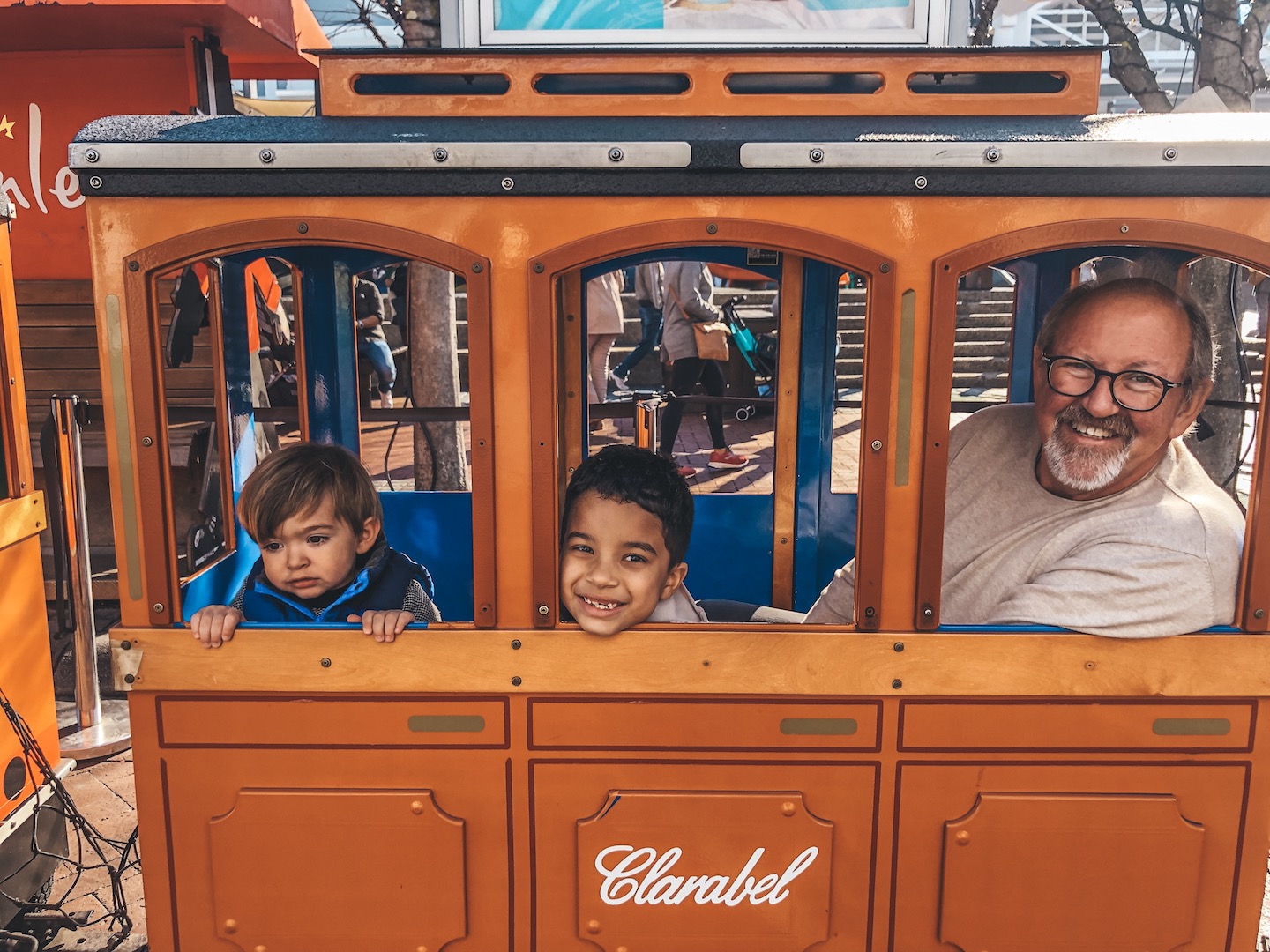 Getting to spend some time with my Dad is so special. I really miss them a lot and it’s tough not living in the same city – especially with George and another baby boy on the way.

On Monday, I went to do my radio show and then that afternoon we decided to go to Camps Bay Beach. As we arrived the tide was really high, but we thought we’d stay high up the beach.

Well, we were there for 5 minutes… got these pics:

When all of a sudden, where we were standing – the tide came in so high and so fast that it knocked George straight off his feet and he went rolling under the water! It gave us such a fright! The Atlantic ocean is icy on a good day, never mind a Winters day! His tracksuit was soaked, so I stripped his little shivering body right down, wrapped him in a towel and got him home as fast as we could to a hot bath and some rooibos tea. Poor thing. 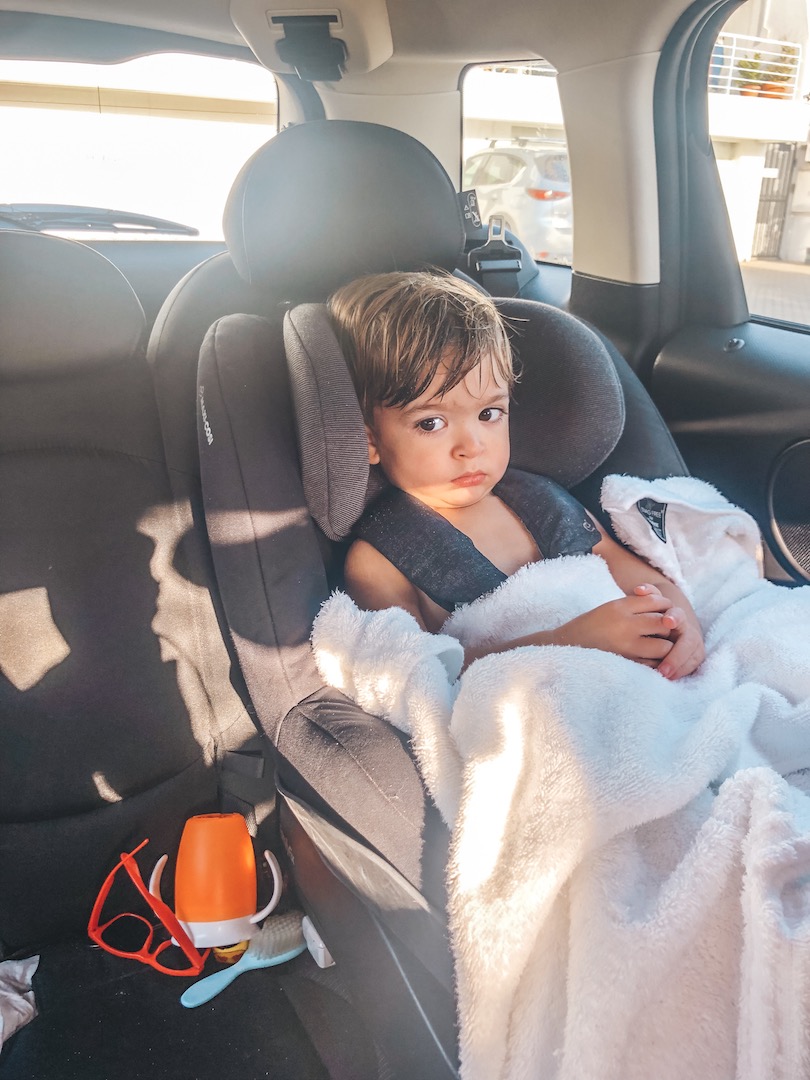 Bath time was lots of bubbly fun and of course, George insisted that Papa do story time, which was so heartwarming and adorable. 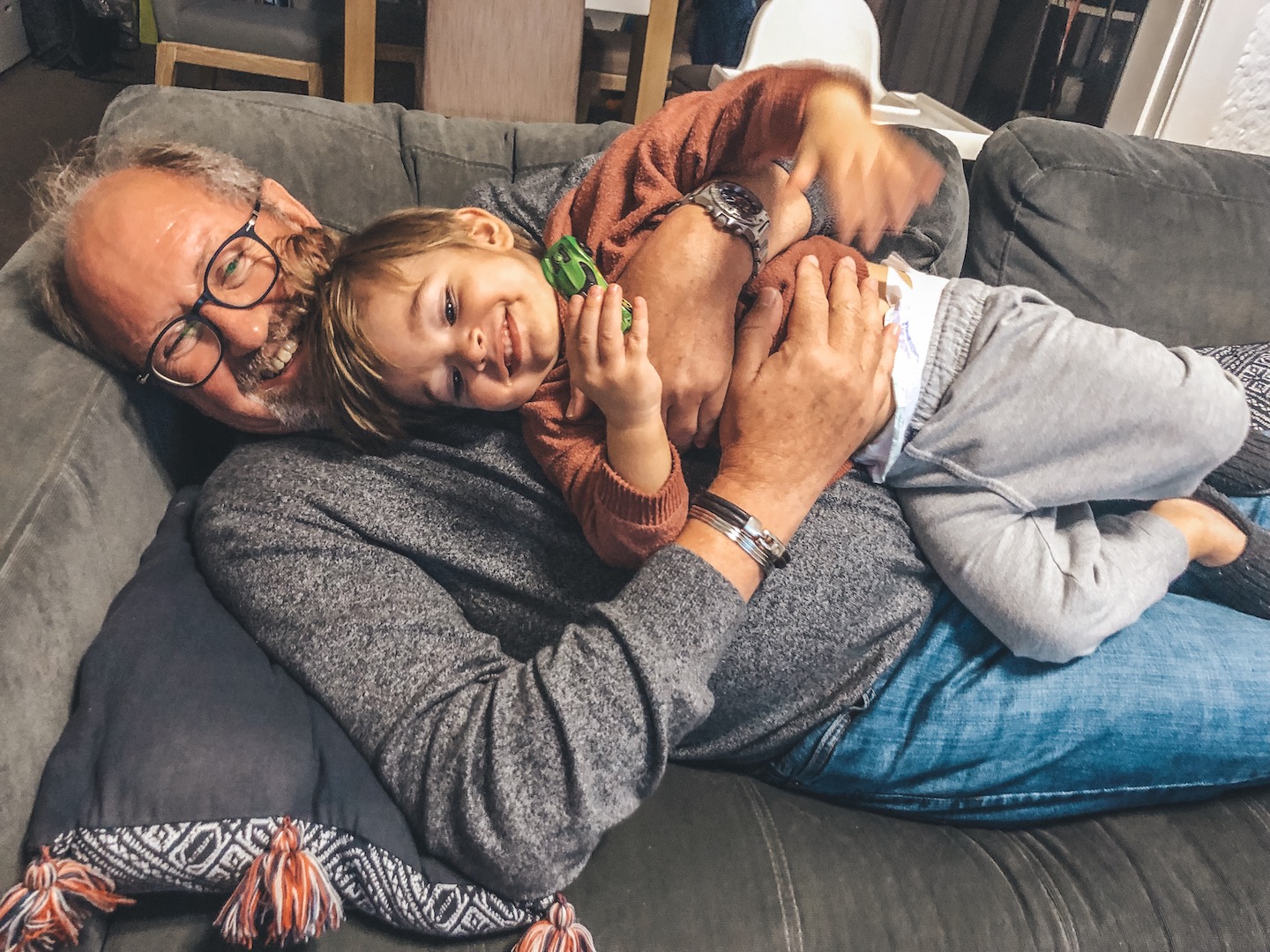 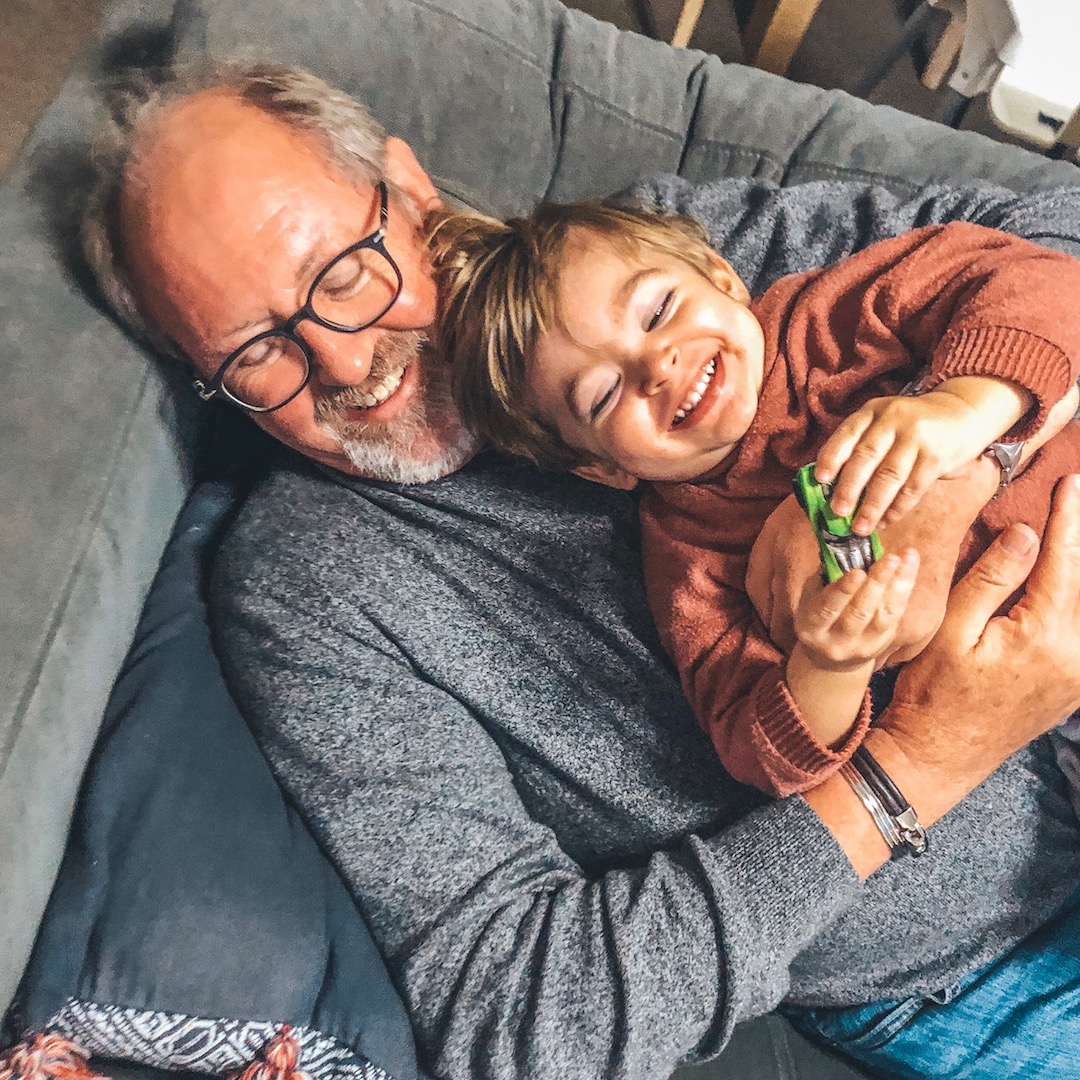 It was really special to have my Dad join us for a special weekend and I love seeing the bond they have despite the distance!