Behind the Scenes of being a Cover Girl 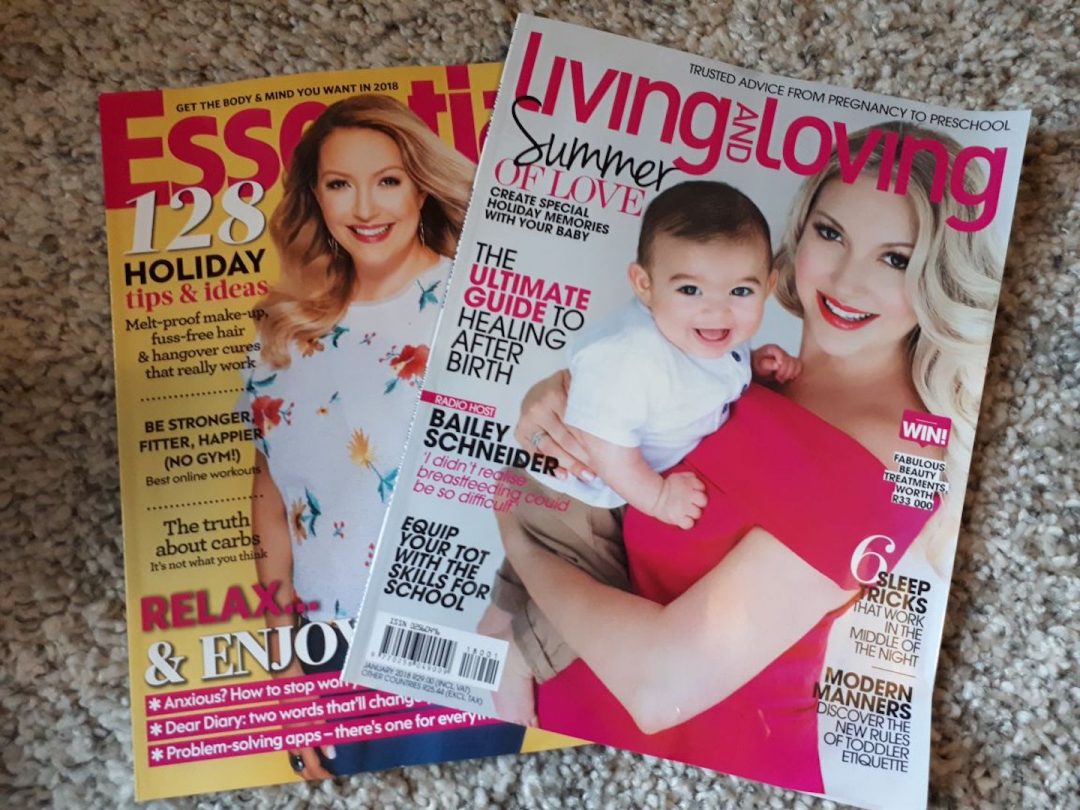 Somebody pinch me! January 2018 started off on such a high! I can’t believe I get to say that I was on the cover of a magazine… two magazines. At the same time. Surreal.

I first did a shoot on the 2nd of November, with George when he was 4.5 months old for the cover of Living and Loving magazine. The wonderful Veronique Mills was the photographer – it was really special to work with her again – she shot all my maternity pictures. Minke du Plessis did my make-up – she is amazing!

Georgie was an absolute star on set and gave us the cutest smiles (with Dads help of jumping up and down behind the camera.) Anyone who has photographed babies and children knows that you will end up behaving and looking absolutely ridiculous just to get a smile. You pull out all the stops – dance moves, funny faces, the weirdest noises – whatever it is, you’ll do it. It’s pretty hilarious.

Being photographed is hard work… Napping: 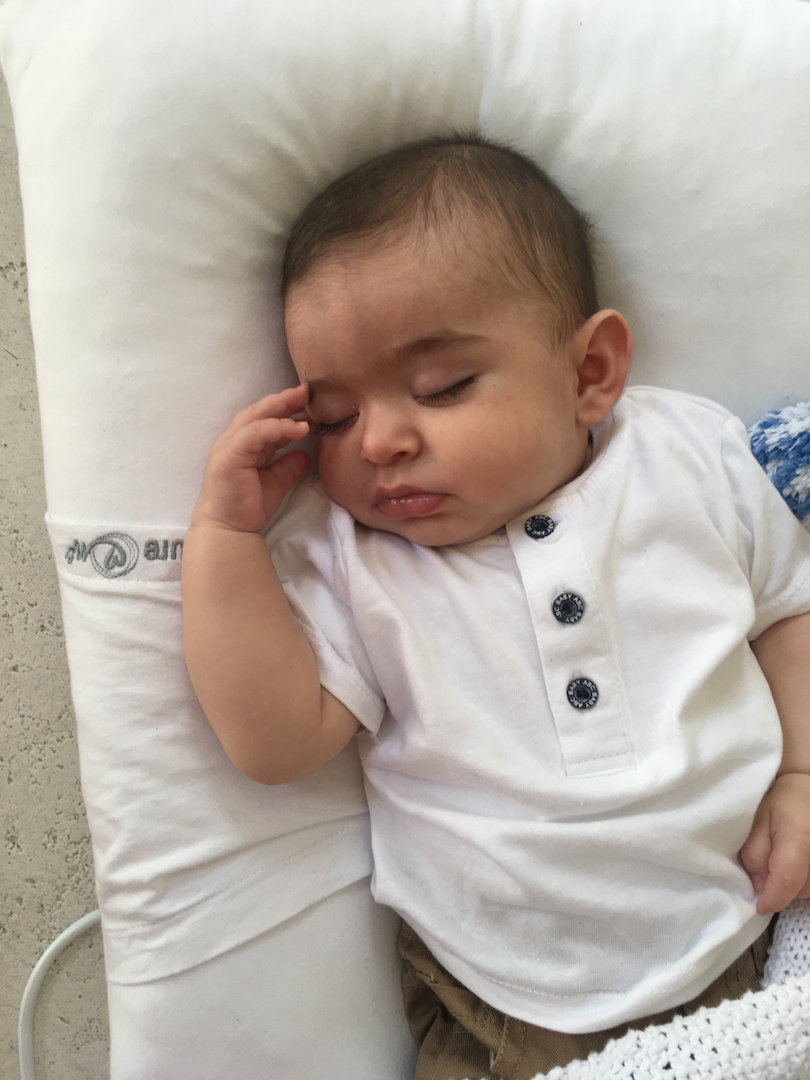 I absolutely LOVE the cover and I definitely want to have it framed. I also really loved the article. I was interviewed telephonically and it turned into more of a chat. When I read the article, I was really impressed with how our chat had been construed. Sometimes articles can be misconstrued, but this one was done so well. Thank you for that Living and Loving!

Here is the cover… surreal to see my son and I on the cover! So exciting! 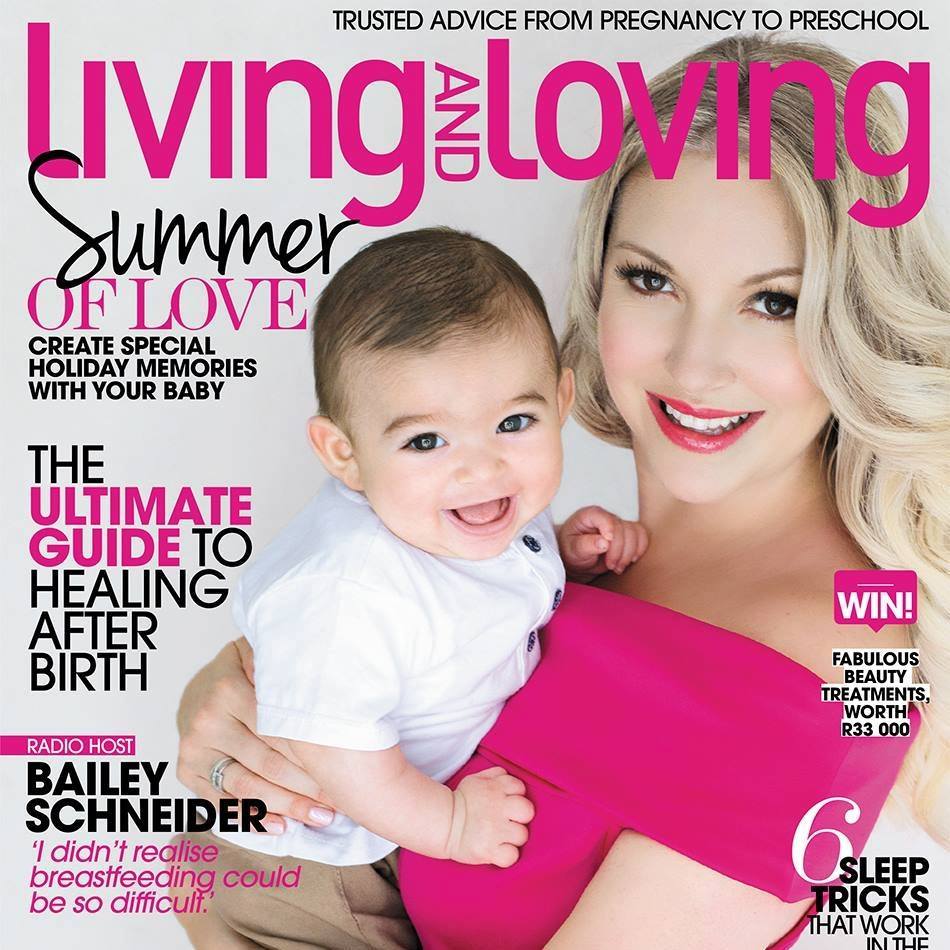 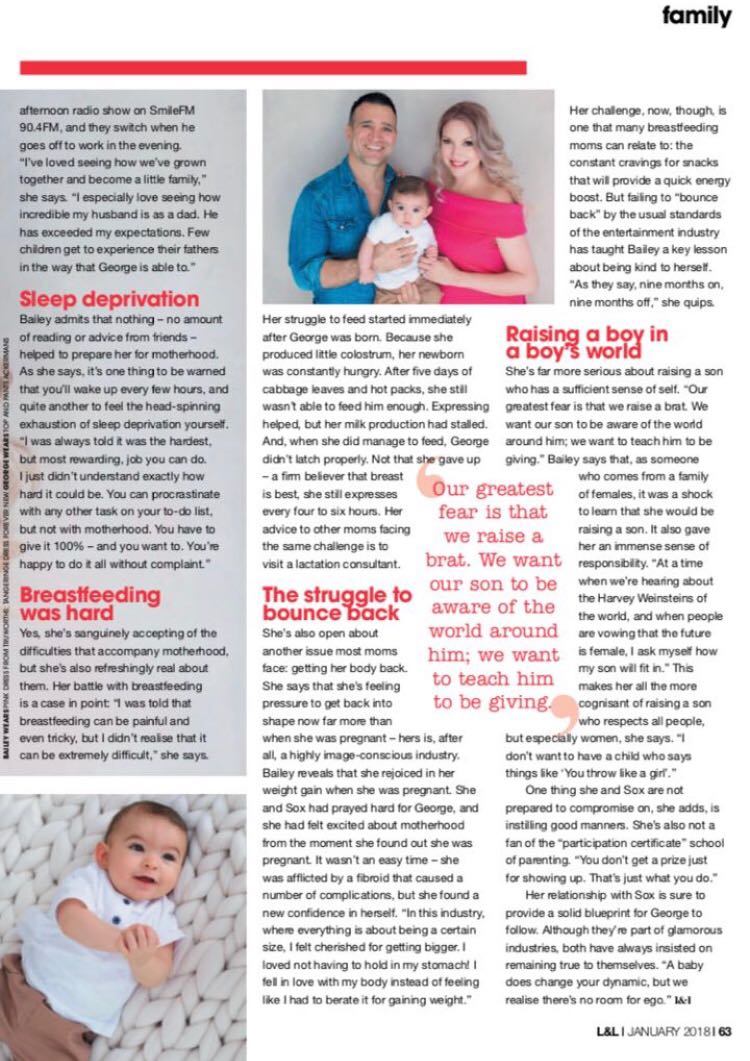 At the end of November, I flew up to Johannesburg. It was Georgie’s second flight (when he was 3 months old, Sox, George and I flew to Port Elizabeth to have a mini holiday at St. Francis Bay.) However, it was my first flight with Georgie on my own. I was so anxious (but tried to stay calm because babies pick up on your energy.) As we got onto the plane I could see people around me thinking: “Oh no. A baby! Please don’t sit next to me.” Well, he was an angel. He didn’t make a sound. I fed him on take-off and landing and he slept the whole 2 hours. Afterwards, those same people who had grimaced as I sat down, came to compliment me on what a good baby I have. 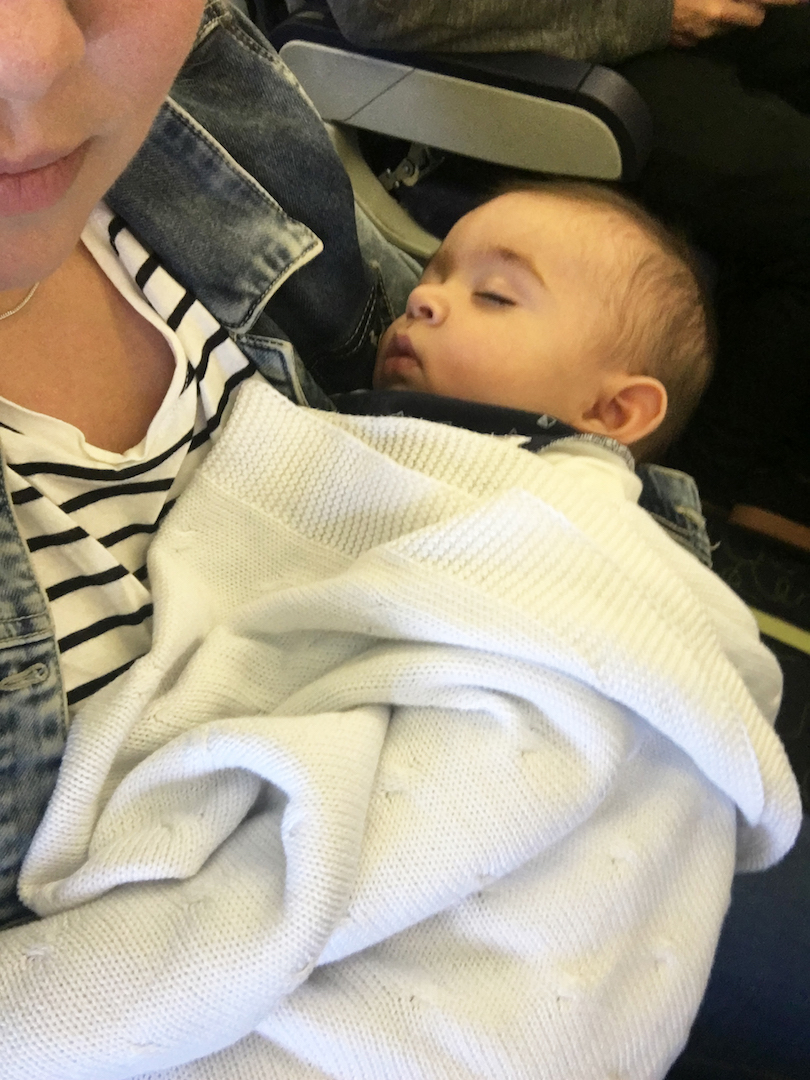 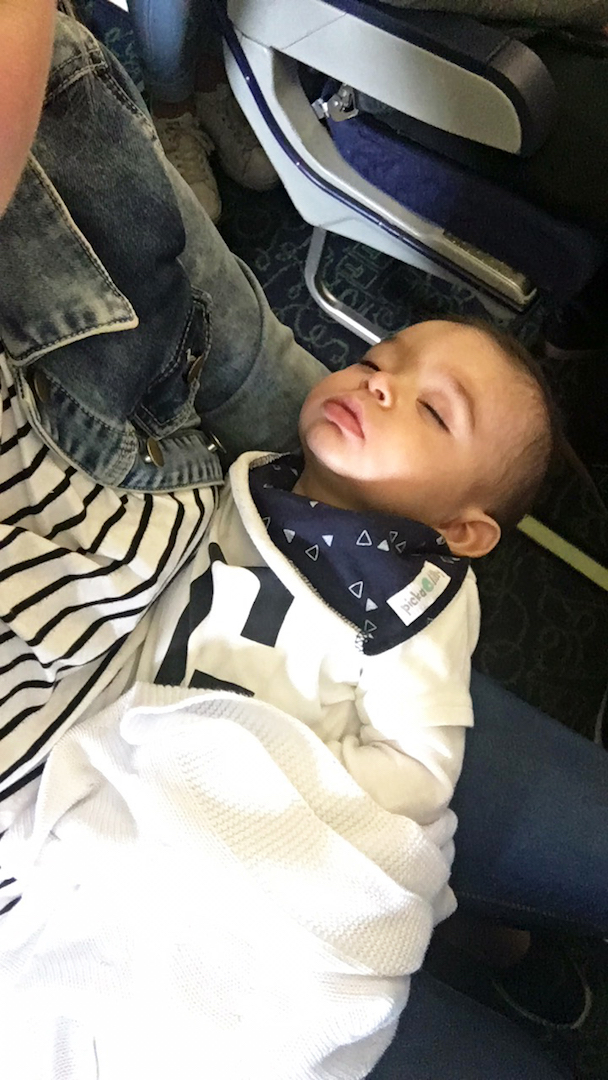 It was so good to see my Mom and Dad and all my JHB friends, who got to meet George. 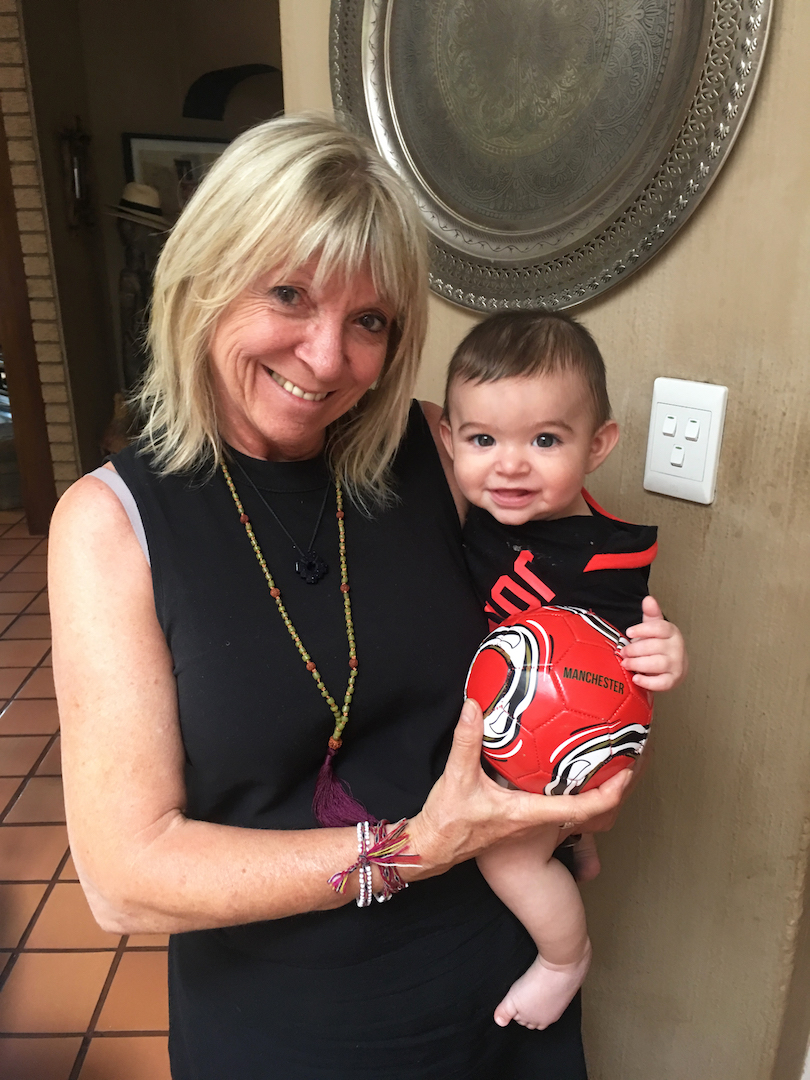 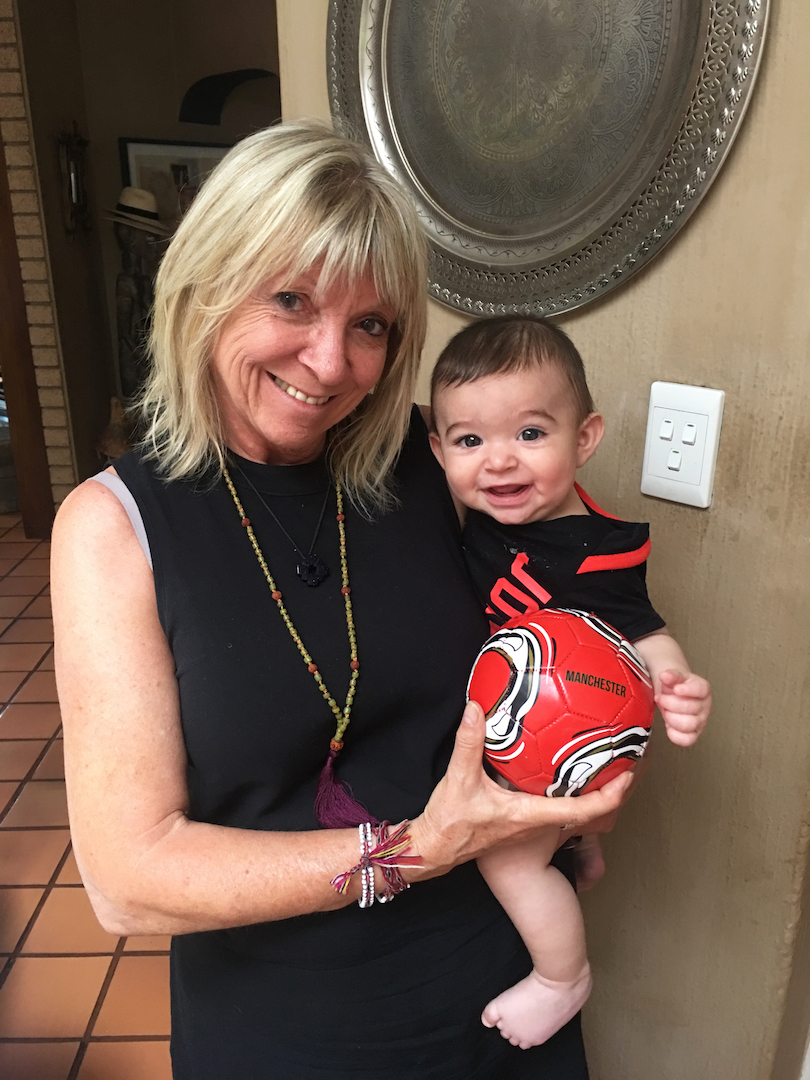 On the Friday, my Mom, G and I headed to Caxton for the cover shoot. Yet again, Georgie was an absolute star! My Mom looked after George while I was in hair and make-up and various outfit changes. 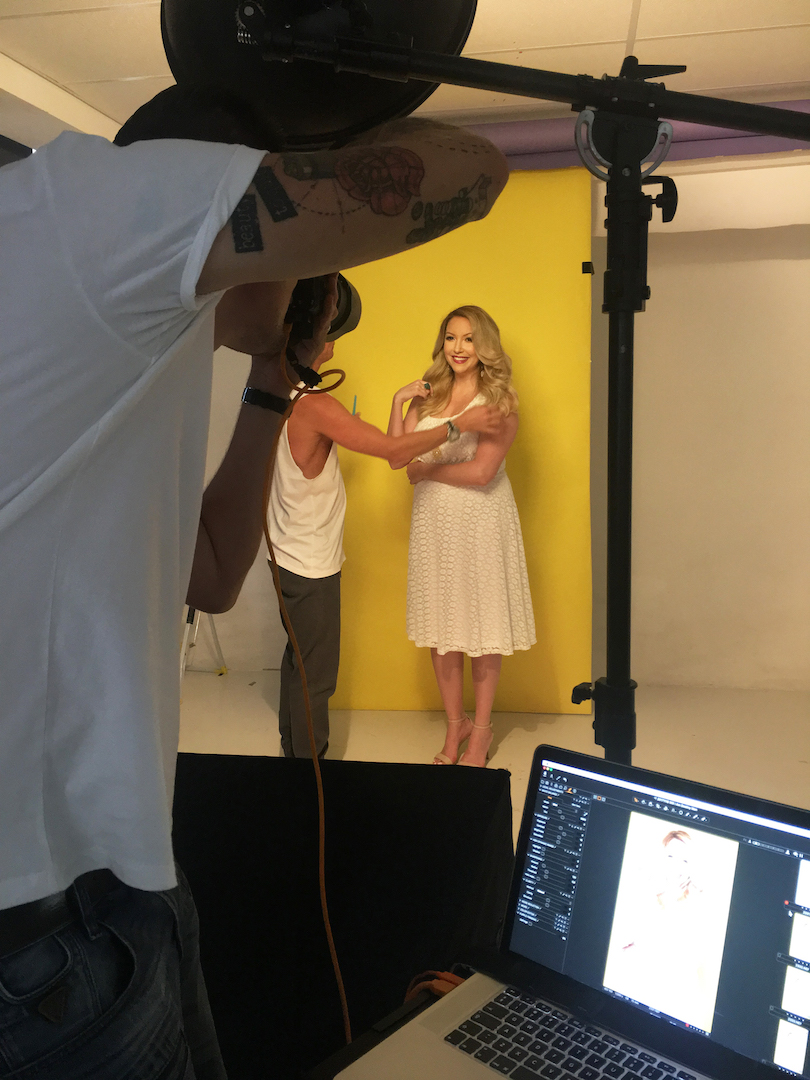 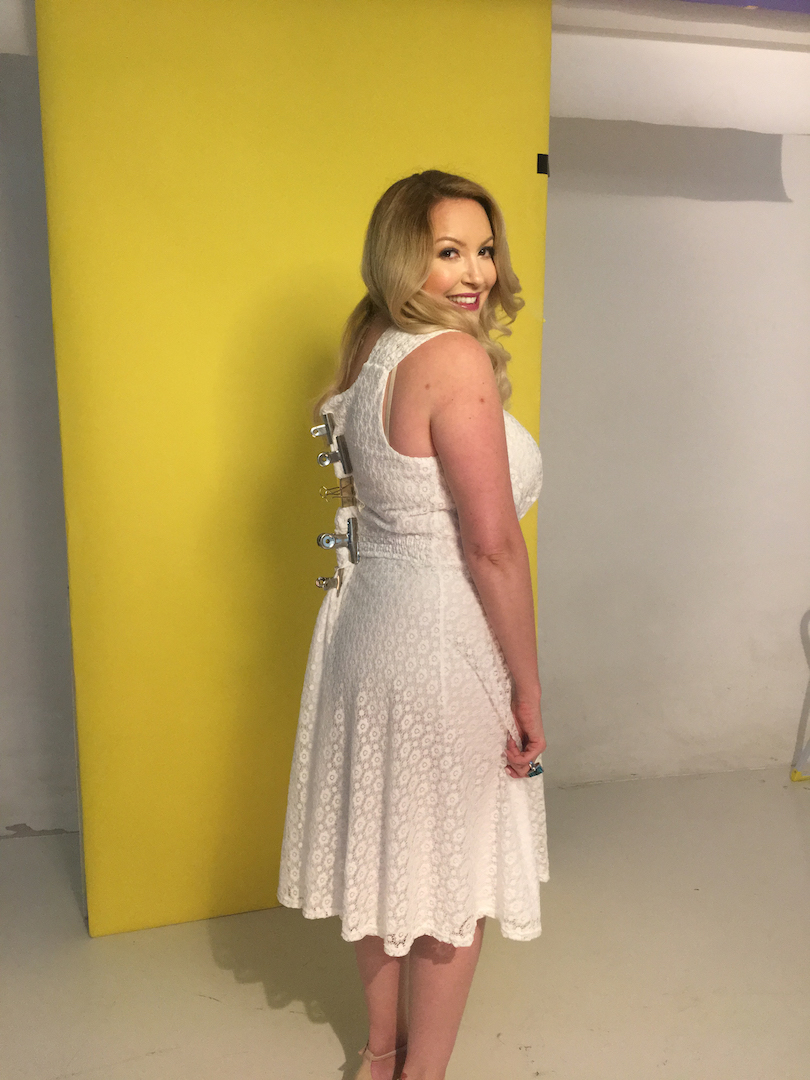 The article was really great too and I’m so grateful that what I answered (also in a chat form) was depicted so well.

Here is the cover – such an honour!

I was not expecting for both covers to come out in the same month. Essentials was originally for April 2018, but the magazine schedules changed. There I was standing in the queue with my shopping when I saw BOTH magazines smiling back it me. It was a pretty proud moment personally and in my career. 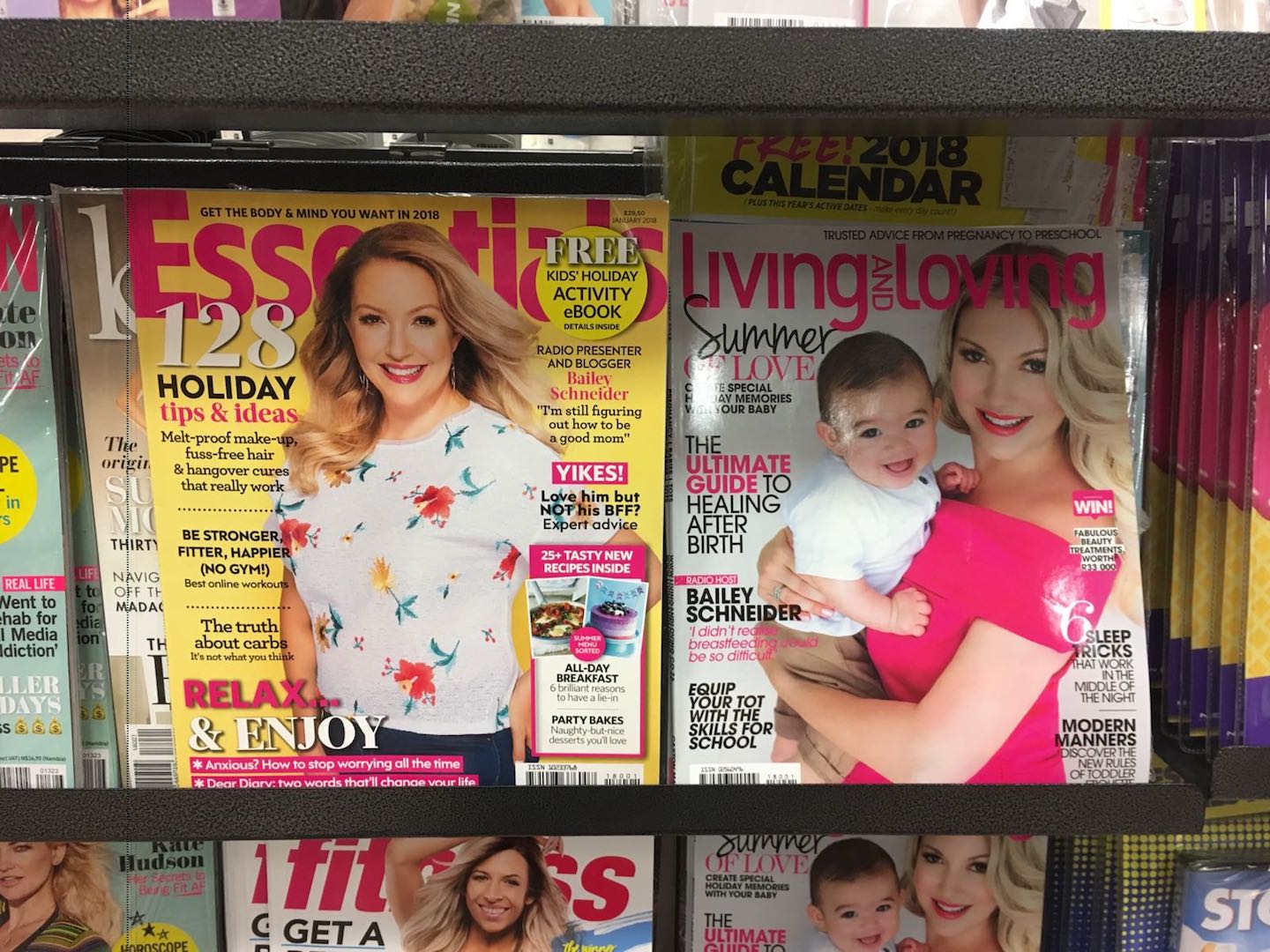 My Little Sister Got Married