I’ve been admiring Janine Binneman‘s jewellery craftsmanship on Instagram for ages. A good friend (and colleague) of mine, Angel Campey has some of her jewellery and I’ve loved it.

I love her creativity, her passion and her beautiful pieces and we started chatting…

I wanted something really sentimental and she suggested her Ombré ring. She asked for Sox’s star sign, my star sign and Georgie’s star sign. When I told her that Sox and I are both Aquarians and George is a Gemini; we wouldn’t be able to create the ombre affect. We went back to the drawing board and examined our birth months.

Sox is January, I’m February and George is June. That left red, purple and green. Hardly the best combination – not for me, anyway.

Janine asked me to give her some time and she’d see how she could make it work. I thought she was going to come up with a way to make those 3 colours work together. A day later, she showed her true genius creativity instead.

My beautiful ombré ring was a possibility after all… 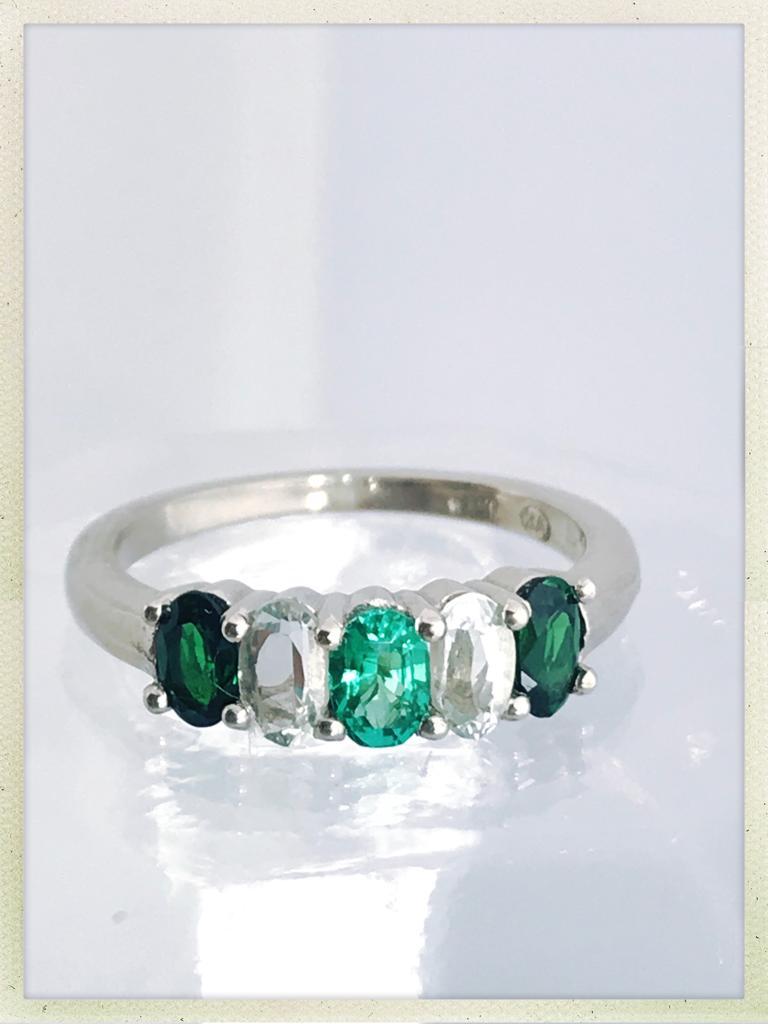 George’s birthstone is the beautiful green Emerald – it would be the star of the show and the centre stone – which seems fitting. He is the centre of our world, and Sox and I are on either side, guiding him, protecting him and loving him.

I adore the meaning of the Emerald. It’s a stone of inspiration and infinite patience. It is a life- affirming stone with great integrity. Known as the stone of ‘successful love” it brings domestic bliss and loyalty. It enhances unity, unconditional love and partnership.

Sox’s birthday stone is the Garnet, which is usually red, but Janine did some research and discovered that the Tsavorite Garnet is a rich, deep green emerald coloured garnet. The Garnet is a deeply spiritual stone teaching appreciation of abundance, from physical wealth to spiritual connection to the Divine.

Tsavorite looks similar to an Emerald but is more brilliant and durable. Tsavorite is an example of the fact that even nowadays, it is still possible for new gemstones to emerge onto the market. This stone is a rare member of the garnet family and a new member to the jewellery market. It was discovered in Tsavo National Park, Kenya, in 1967 by Campbell Bridges, and was introduced to the trade in the 1970’s. Tiffany’s Henry Platt, along with Campbell Bridges, coined the name Tsavorite in 1974.

As it is a Garnet, it is also considered to be the birthstone for the month of January.

Now it was to figure out my birthstone… Amethyst is for Aquarius and February. Until Janine struck gold (excuse the pun) again…

Did you know you get Green Amethyst? Me neither, until now!

It turns out you do and apparently the Green Amethyst, is a very powerful spiritual stone. This stone helps to further your spiritual growth, enhancing your spiritual practice and ideals in your everyday life. It fosters compassion, self-acceptance and self-honour to ignite love and compassion within your heart. It’s a very pale green, which almost looks clear. However, if you look closely it’s got a pretty green tinge to it. 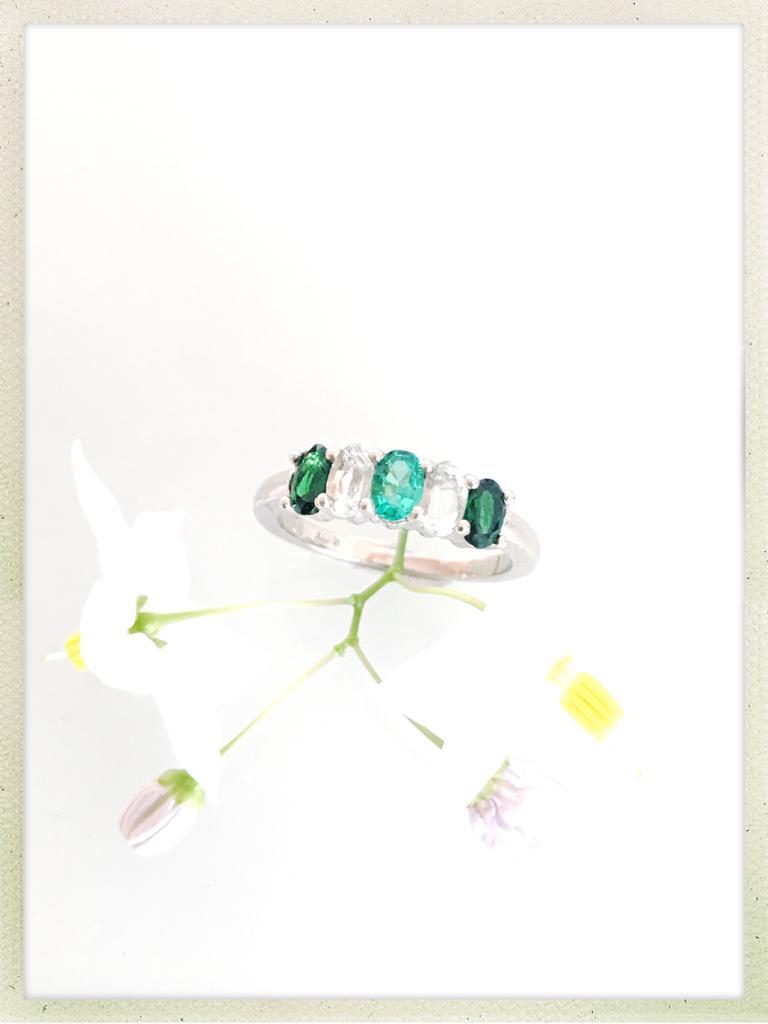 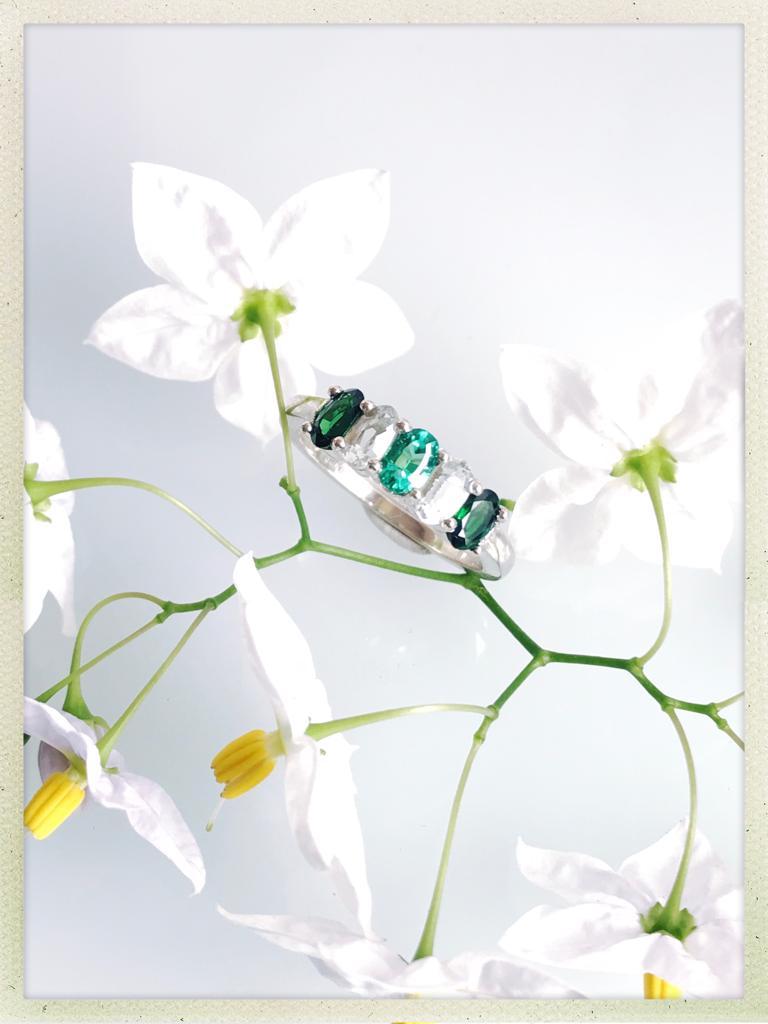 Janine, thank you for creating such a special and sentimental ring. One day I’ll be giving it to George –  as an heirloom of sorts.

Her jewellery is for everyone and for every budget! Take a look at her website: https://jbjd.co.za