When I was in Cape Town 2 weekends ago, I saw the most gorgeous jersey for Duke. Duke’s birthday is the 22nd of November, which means he is very much a Summer baby. This is his first Winter and I can tell he is not a fan. He is hilarious in the mornings when it’s time to go out. He stands at the doorway, looks up at me with this look of: “Really? But it’s soooo cold!!” He actually sighs (the funniest thing ever) and then runs out quickly and runs back in just as fast.

I wasn’t quite sure how he would like the jersey. At first he thought it was a game, a wriggly game but as soon as it was on he strutted around proudly like a peacock. It goes on at night and it’s like a “sleeping button.” He even sleeps later in the mornings now because he’s so cozy.

I only noticed it has a crown embroidered on it after the purchase. Perfect for a Duke. 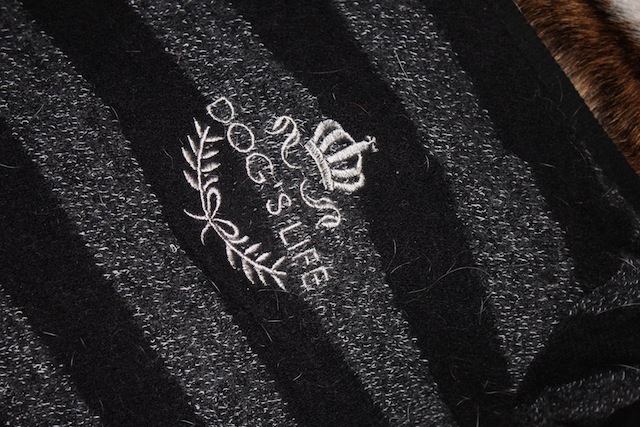 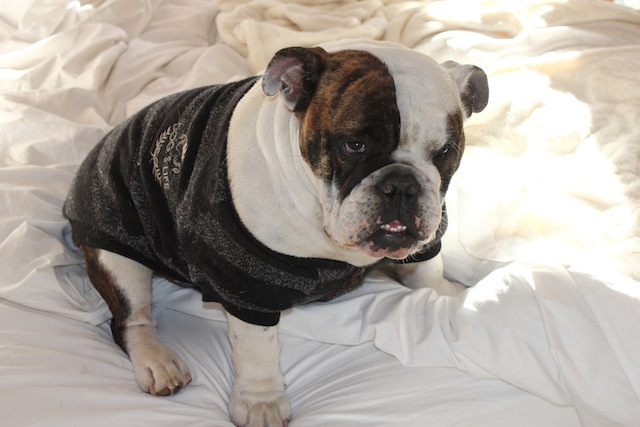 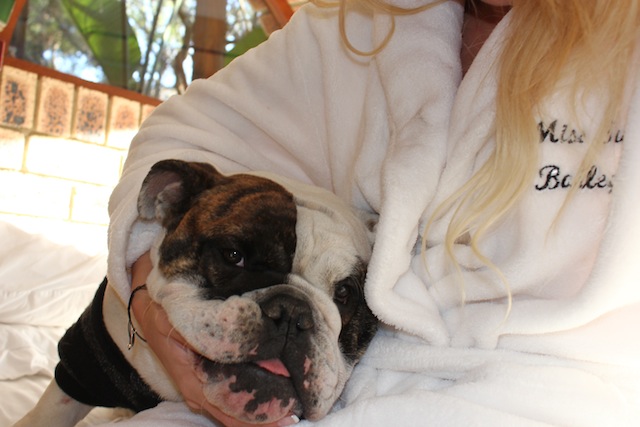 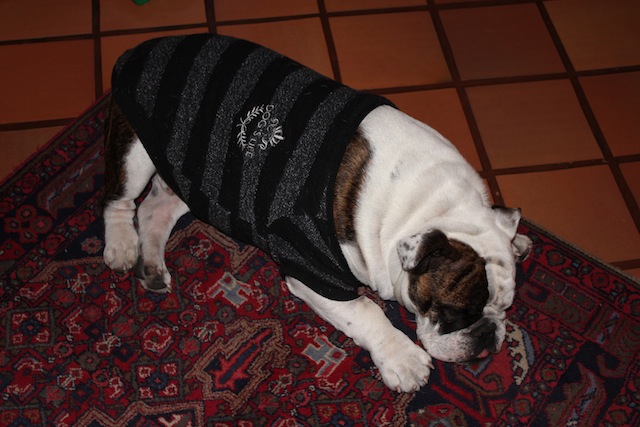 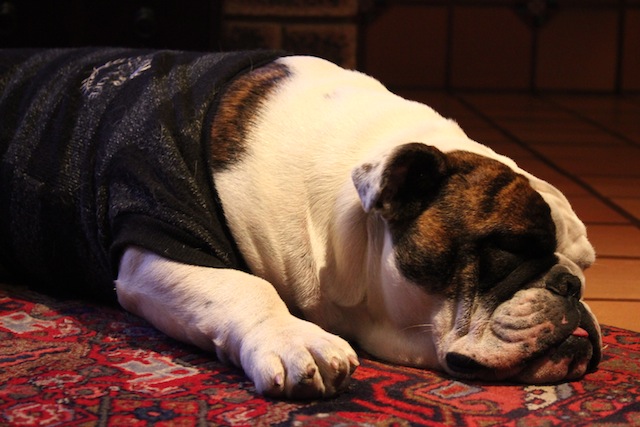 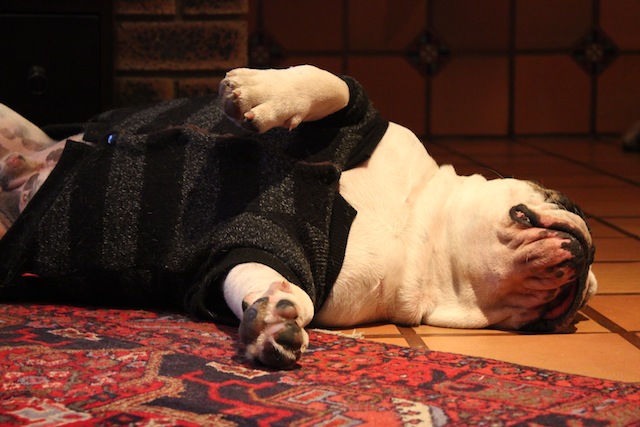