I remember sitting on the couch with my family at 16 years old, watching Top Billing. I was so in awe of the way the presenters conducted themselves, the experiences that they had and something inside of me just started to bubble and I started to feel really excited. I turned to my mom and dad and said to them: “One day I want to do that!” It was that defining moment that set everything into motion. I finished Matric and set off to study a BA Journalism Degree with the goal that I was going to go into broadcasting as a TV presenter. One day in first year, I got tapped on the shoulder in English call, with the suggestion that I audition for RAU Radio. I hadn’t really thought about radio. Was it something I could do? It was definitely part of the broadcasting industry I had such a passion for and so with that in mind, I decided I had nothing to lose and would try out for it.

I went to audition and he radio bug bit making me fall in love with everything “radio.” It completely changed my direction of focus.

I have been doing radio now for 10 years. My first radio show was at the age of 17 and I have been in the commercial radio world for 6 years.

I adore radio, but there has always been that little niggle of wanting to do TV presenting.

When I heard about the Top Billing Presenter Search, I knew this was an opportunity for me to see if I had what it takes. That same bubbling excitement I felt at 16 years old returned and I started to prepare. We needed to prepare a 30 second link for Top Billing. I wrote my link in 15 minutes, but practiced the link and the “Top Billing walk” for a week.

Top Billing was holding the Johannesburg auditions over 3 days (24, 25, 26 September) at the Fire and Ice Hotel, Melrose Arch from 9am. 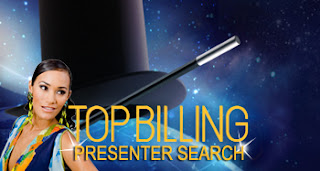 The 24th September was a public holiday, so I decided to go on the first day and that I would get there early – before the 9am starting time. I arrived at 07h30 thinking that was early. At 07h30 there was a queue wrapped around the buildings of Melrose Arch.

I found out that the queue was all the way down to Corlett Drive and my heart just sank. To stand in the queue, in the boiling sun and to wait for hours just made me worry that by the time I walked in I would probably be sweaty, my hair would have flopped and I would look like a lobster from being sun burnt…. not really the look I had in mind for Top Billing.

I had also bumped into Wayne Stafford and Petra Laranjo who were also auditioning. We all took one look at that queue and decided we needed a new strategy.

The Plan of Action was this: We would wake up at 3am the following day and “camp out” at Melrose Arch to ensure we would be first in line. If anything, we would turn this experience into an adventure. 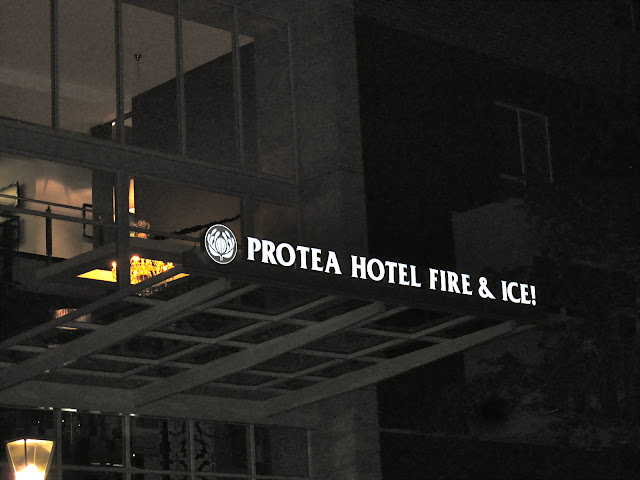 The following morning, I arrived at 03:30 with Wayne and Petra to discover that we weren’t actually the first people to arrive, but we were definitely part of the first 10. We had a little sleep and then drank copious amounts of coffee. We met some of the people that were standing in the queue with us before the sun had even risen and I must say, that was such an adventure. The vibe was festive. 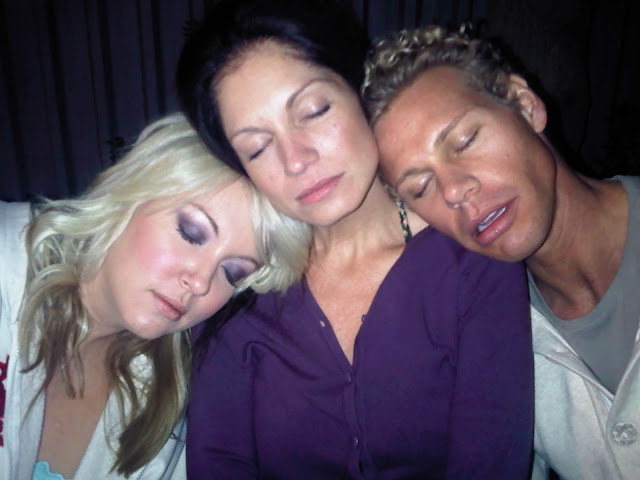 Having a little sleep 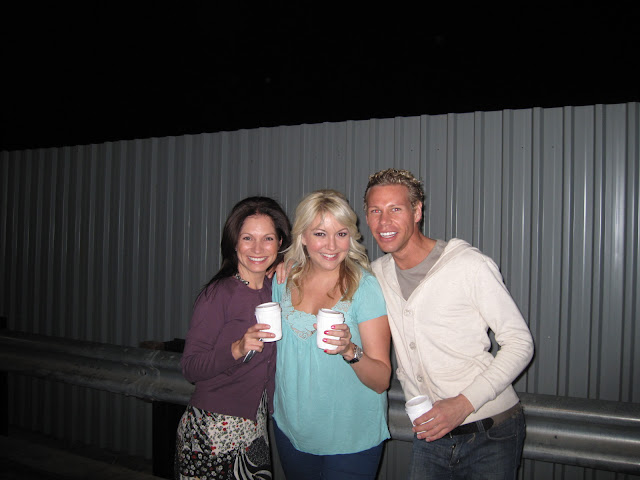 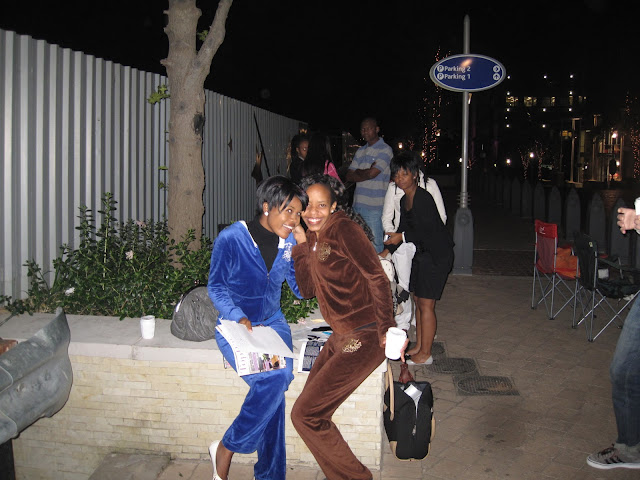 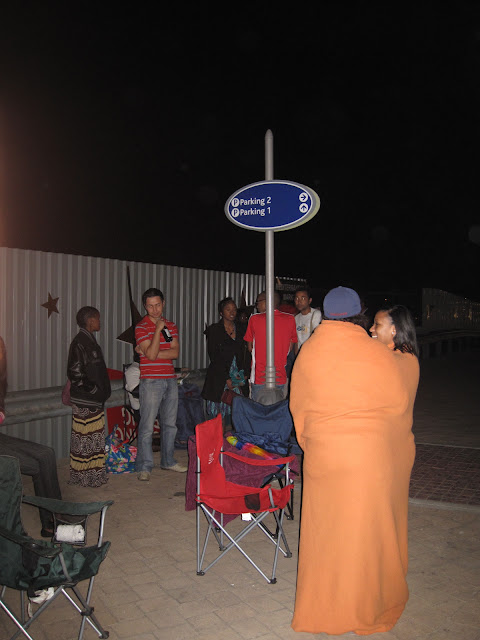 We were laughing and chatting and watching the line grow and grow and twist and wind down the streets again. 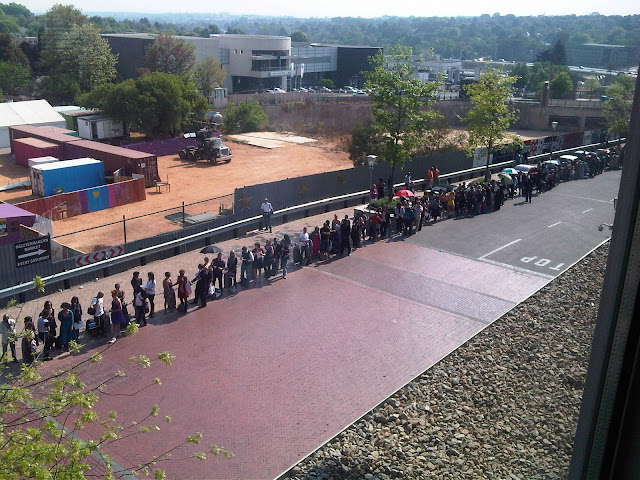 We waited the 5 hours and by 8am, they took the first 10 people through to register. 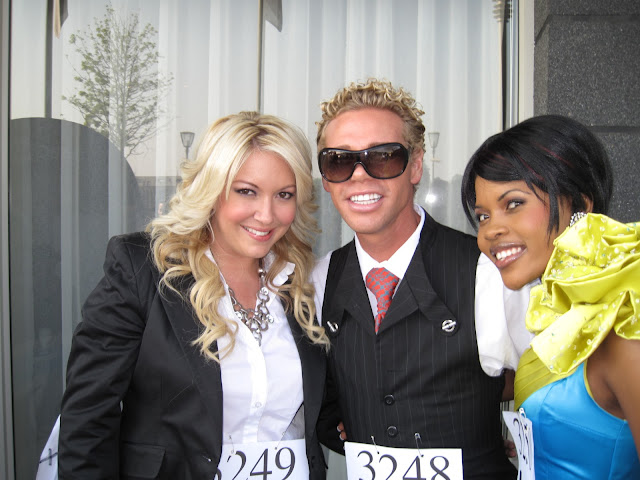 Registered with our numbers. I was #3249

We handed in our forms, our full length photographs and were ushered into a corridor where we would go into a room one by one for the pre-judging.

My heart was pounding and I had thousands millions of butterflies flying around in my tummy!

This pre-judging section entailed going into the room where 2 people from Top Billing would listen to us present our link. They would either give a “No” or a “Yes” … if you received a “Yes” you were to go into the “Yes Room” where you would wait until they called you to see the TV Judges: Risuna Mayimele, Alan Ford and Jeannie Dee.

There were 3 girls ahead of me and they all received a “No.” That made me even more nervous. I felt so bad, since they had arrived at 2am and had been waiting all this time with us.

It was my turn.

I walked in, greeted them and started to deliver my link. I got as far as saying: “Good evening and welcome to Top Billing… It’s not often…” when I was stopped mid sentence. I hadn’t even delivered my full link and I could hear the blood pounding in my ears. It must have been pounding so hard because I hadn’t heard whether I was a “Yes” or a “No” and after some confusion, it was confirmed… it was a YES!!!!!

I moved onto the Yes Room and if I had thought I was nervous before, I felt like I was going to (forgive me) vomit.

We waited for an hour and then we were ushered into the Judges Room. I tried to steady my breathing, but it was near impossible. Suddenly it was my turn. I walked around the corner greeting the judges. Alan Ford very kindly said that I was a top radio presenter for 94.7 Highveld stereo and asked Risuna if she knew who I was or if she listened to me.

She said: “I’m sorry… I only listen to SABC radio stations!”

I just remember thinking: Oh my gosh … what a start to my audition. Already the Marketing Manager of SABC is not impressed with me being part of another broadcasting company. Yikes!

My heart skipped a few beats, but I continued anyway. I was so nervous that I fluffed one of my lines and since I have always been way too hard on myself – I always want to do the very best that I can and I want to always push myself.

To be honest, I don’t remember my audition all that well. I was so nervous that it flew by. I remember walking out thinking: Did I even look into camera?

I just felt horrible about it. I even had a little cry when I got into my car. My thought process was this: This has been a dream of mine for so long and I just stuttered over my link that I had practiced and prepared for a week. There will be other talented, incredible people that did NOT stutter or fluff and now all I can do is hope that I impressed the judges enough for them to see past that little mess up and hopefully realize that nerves played a huge part. I didn’t feel confident though, but I tried to be as positive as possible and trust in prayer and that God has a plan for all of us.

I watched Twitter and the Top Billing website every day and basically “super glued” my cell phone to my hand in case I received a call. On the Wednesday they said that 8000 people had gone through to audition and 5008 people had received the “Yes” and made it to the TV audition with the judges.

What were the chances? No really? There was a 0.02% chance of making it through to the Top 14.

Another message came through saying they would only be choosing 14 people by Friday 01 October 2010 and would let the Top 14 know by Monday. OK, so I would wait the weekend and perhaps relax with my phone that had become an appendage of my hand.

I happened to be at the Tresemme Launch that Friday when my phone rang. I missed the call and noticed it was a number I didn’t have saved in my phone. I normally don’t phone those numbers back, especially if no voice mail is left, but something made me press the green call button.

This was the conversation:

“Hi there, I just missed a call from this number and…”

“Bailey are you on air at the moment?”

“Not at the moment no…I’m sorry, I don’t know who I’m speaking to…”

“Will you be able to take some leave and go away?”

“Bailey, it’s Alan Ford from Top Billing. I’m phoning to let you know that you have been selected as one of the Top 14 in the Presenter search! Congratulations!!”

“Oh my Gosh!! Oh my gosh! Are you serious? Are you kidding? This isn’t a prank from Wackhead is it?”

I had burst into happy tears at this stage while I was on the phone with Alan. Jen Su, Genevieve Duarte and my best friend Karolina Sky all sitting next to me looking anxious while I finished my phone call. I put the phone down and said the words myself (making it suddenly very real): “I made the Top 14 of the Top Billing Presenter search!”

There were screams and hugs, happy tears and more hugs and before I knew it my incredible friends had ordered champagne!

Now the hard work begins. I received a call from Marcus Schumacher (Production Manager) the following week to congratulate me and to let me know that he would be sending a call sheet soon. We were going to the Pilanesburg for a week where we would be put through a series of tests, lessons and experience what it’s really like to be a Top Billing presenter.

I know that people think it is glamorous. I’m not so jaded. I know that this job is hard work and while you may be traveling to beautiful destinations -that is, in fact, the perk. 16-18 hour days of filming etc etc etc….  It’s not as glam as people may think and I’m ready…

I’ve never wanted this so badly and having this opportunity is a dream come true. I’m going to be myself, I’m going to be a sponge and soak up as much as I can … I really want to learn all that I can!

What’s in a name?