What a WEEKEND!! It didn’t stop and I have to admit. I’m exhausted!

Friday night was another “B&K moment” … Karolina and I went for pasta at Allora and then we went for some drinks across the way at the Baron.

On Saturday morning, I was like a kid on Christmas. I woke up so early because I was so excited and couldn’t wait for the store to open at 9am. I bought my beautiful Canon SLR Camera… the Canon 550D. 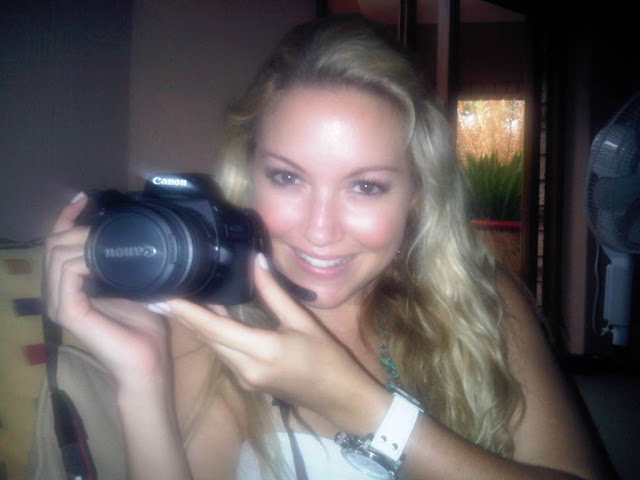 Bad quality photo from my Blackberry! Ironic isn’t it?

It’s a Beautiful Day this Sunday, Bloody Sunday … Yes, that’s right… U2 was performing in the South Africa for part of their 360 degree World Tour. (The one thing I was really upset about, was that we weren’t allowed to take any SLR cameras into the stadium, only small unprofessional cameras, so here are a few of my photos of U2 from my smaller camera.) 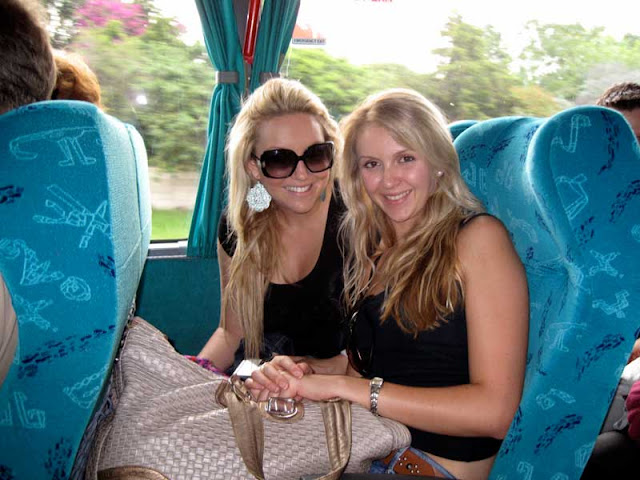 Tandi and I on the park and ride bus service

It was held at FNB Stadium, Soccer City … where we held the Opening and Final of the World Cup Soccer 2010. 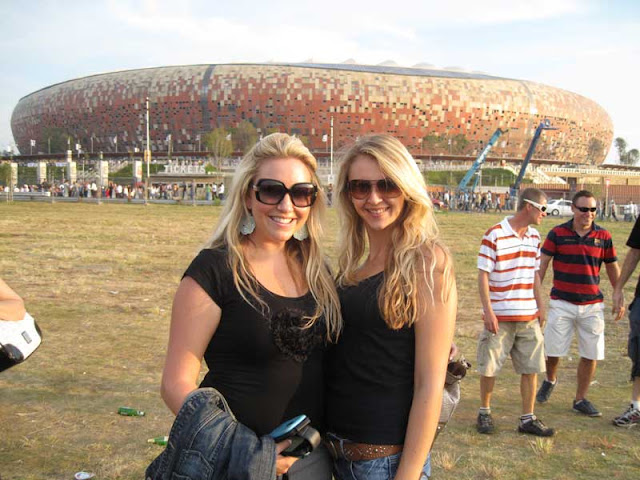 Tandi and I outside the stadium

It’s a gorgeous stadium and I was excited to see it filled with 100 000 U2 fans. The “claw” stage that was set up in the middle of the stadium was incredible. I’ve certainly never seen anything like it before. It was a 360 degree monster that moved, had extravagant light shows, images, messages and so on… 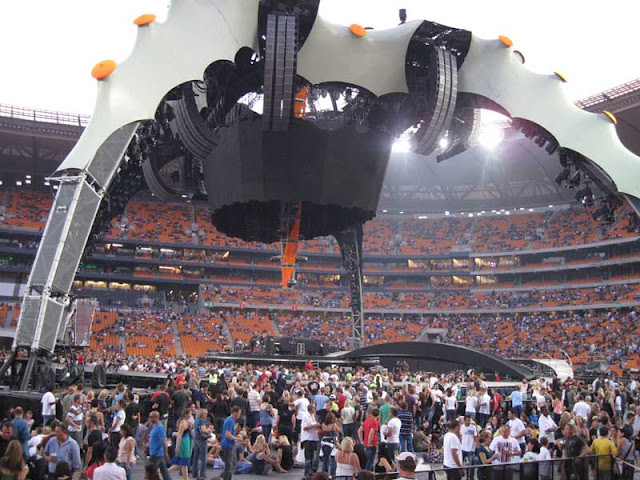 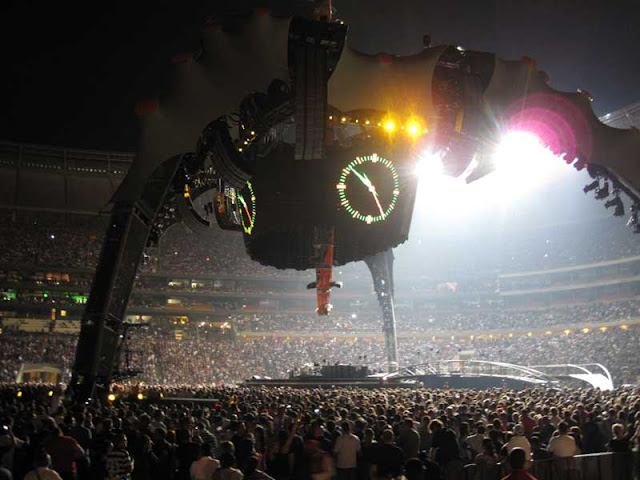 I took my sister, Tandi with me to the concert and we had such fun. Our seats were also amazing. 6 rows from the front. I had goosebumps from Bono’s voice, from the surprise appearance Hugh Masekela, from the electricity and energy of the crowd and from some of his messages… They weren’t overly preachy; they were definitely powerful.

The only thing I have to complain about and I really hate to complain, but it was such an anticlimax after the most incredible evening. Whoever was responsible for the “Park and Ride” Bus Facilities for the Dome, should be reevaluated. It took three hours to get home. There were no buses waiting, thousands of people meandered all over the place unsure as to where to go and it was just chaos. By the time the buses did arrive, there was no structure for people to get onto the buses, so people were pushing and shoving. It was terrible. The concert finished at 23h00 and by the time the buses arrived and we got back to our cars it was 02h30. I know that we are going to have so many more incredible artists coming to South Africa… I just hope that we get these incidents sorted out efficiently. 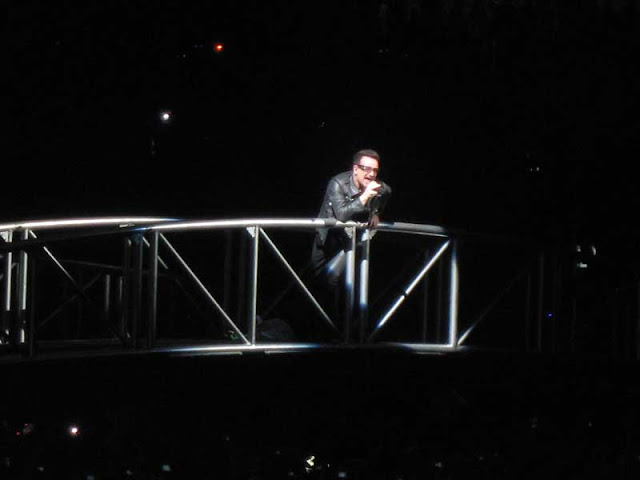 Bono on one of the moving bridges 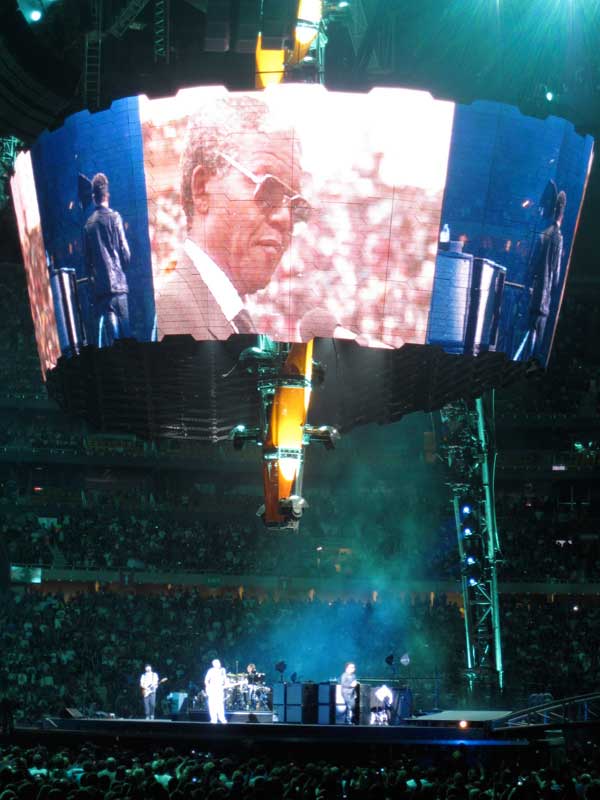 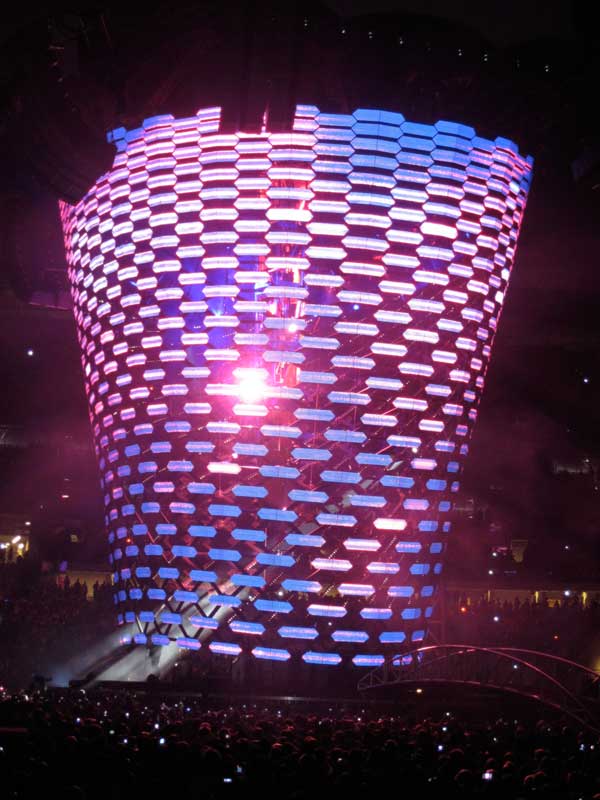 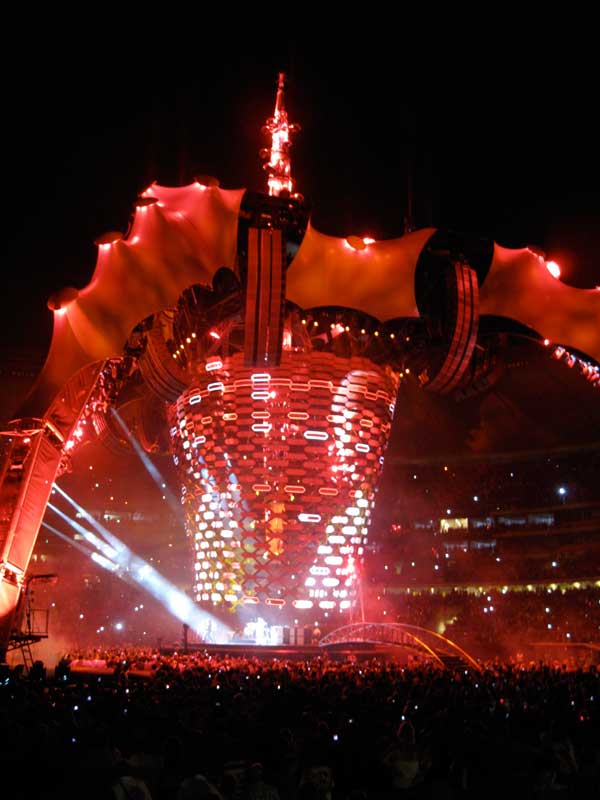 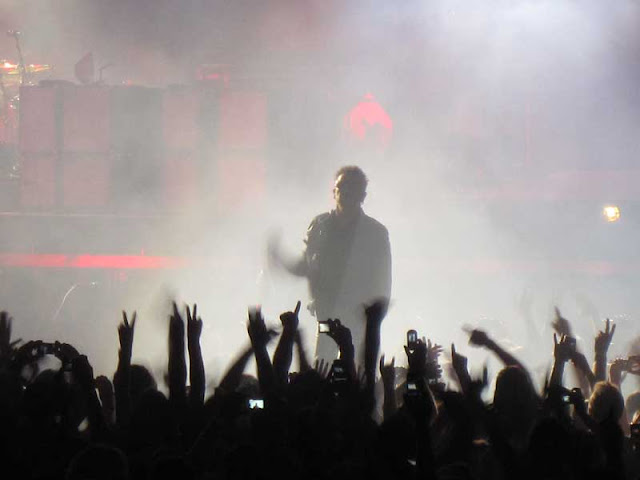 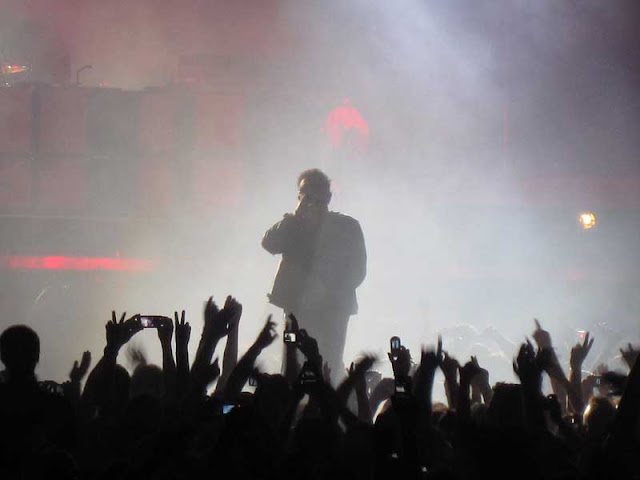 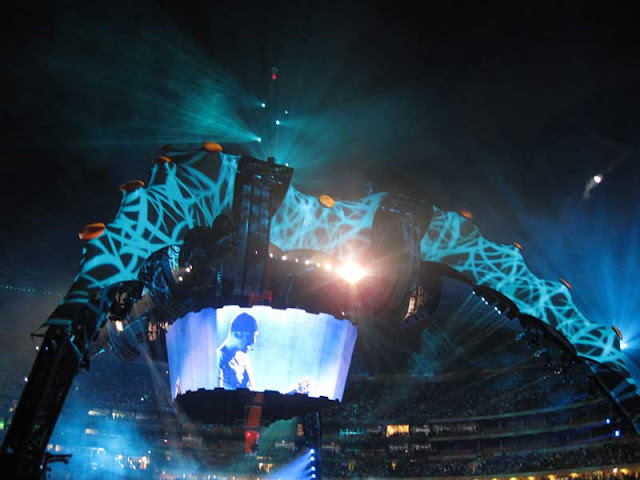 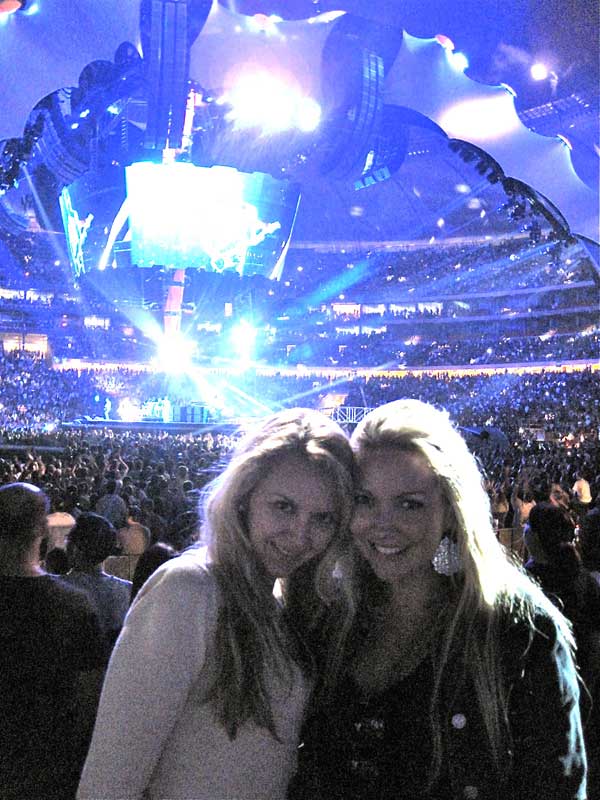 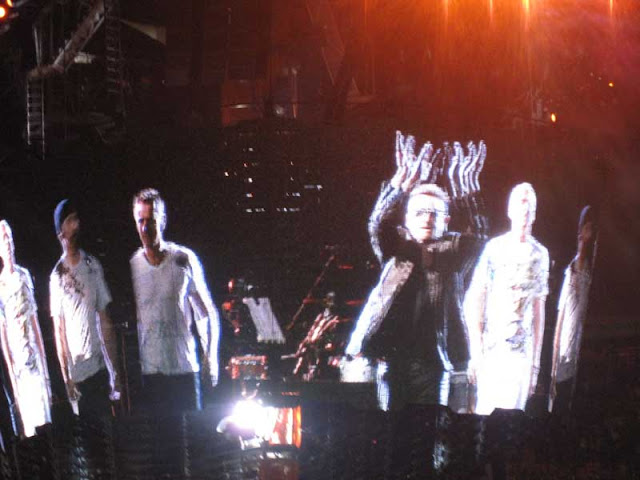 Assumptions Are The Mother Of All….

Age is Just A Number