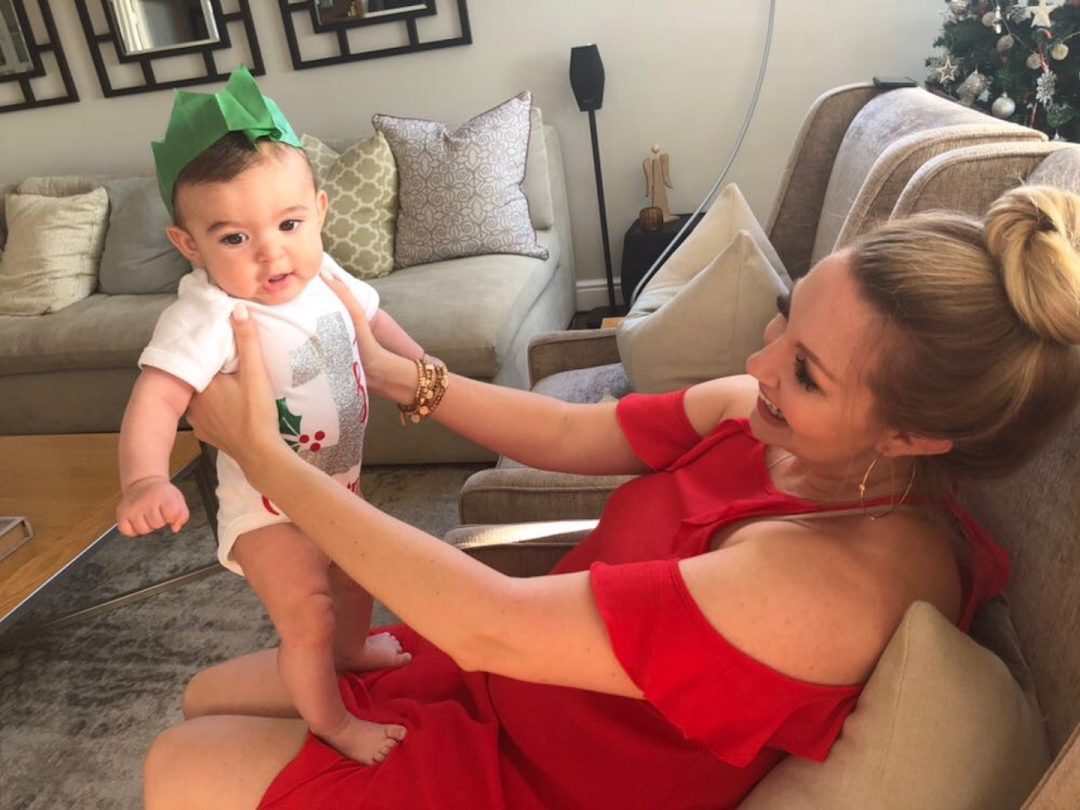 I’m staying strong on my quest to lose the baby weight. It hasn’t been easy though.

I’m documenting my Baby Weight Loss journey, so catch up with: #1 and #2

I’m really doing this in a tough time. The Festive Season is so hard because there are Mince pies everywhere you look. There are chocolates and Christmas parties and and and… However, like I mentioned in my previous posts – there is NEVER going to be a “right time”, so I’m glad I’ve started now because I’m already 1 month in and seeing some results. I think I would have been feeling worse if I hadn’t started and wouldn’t have enjoyed the Festive Season, which is meant to be a jolly one, because this issue would have been plaguing me.

I flew to JHB 2 weekends ago with Georgie, for some work (I cannot WAIT to share my exciting news) and a friends twins 1st Birthday party. I was so worried about what it would be like to be surrounded by all the delicious cupcakes, crisps and sweets, so I asked for help.

It was the best thing I could have done.

I spoke to my bestie, Karolina about my concerns and asked her to keep me on the straight and narrow. It helped so much to have some support and it kept me accountable by knowing I couldn’t just sneak a cupcake. It really helped having a supportive friend, rather than one who says things like: “Oh live a little.” or “It’s just one cupcake! Come on!”

That was such a key moment for me. Support.

If you don’t have cheerleaders in your court, you need to get some.

The feeling of success outshone breaking my no sugar, low carb lifestyle. Each time I have a little victory, I get stronger and stronger and the cravings become less and less.

I would have been sooo upset if I had undone all my hard work. I’m sure some of you are thinking: “Argh, but what’s one cupcake?”

Personally, I would have been back to square 1 because adding sugar into my body only makes me crave it. If I taste sugar, I need more and more. Detoxing would have been right back to the start. I know how hard I’ve worked, so no cupcake is worth it.

We had our Christmas party and I was so proud that again, I skipped the carbs and the desserts. I had 2 glasses of wine though and again, felt pretty proud of myself.

However, I went to watch Bad Moms Christmas with some girlfriends last week and the temptation of popcorn was too strong. A movie isn’t a movie without popcorn, but when you’re trying to do this lifestyle, it’s not easy and new traditions/lifestyle need to be created. I should have prepared and come with some nuts or biltong instead. I gave in and felt really guilty because it felt like I had undone my hard work. I got irritated with myself for having been so strong at the 2 parties I mentioned and then gave in to a silly box of popcorn. Again, I realise you might be thinking it’s just a box of popcorn, but unfortunately it opened up all my cravings again and it felt like I had to go back to day 1 of resisting the cravings I had gotten over. On the positive side, I knew where I was and I was prepared for it and didn’t allow myself to fall down the slippery slope of thinking: “Oh well, I’ve cheated now, so I might as well just have something else.”

Admittedly, I had one day of cravings but I got through those and by day 2, those cravings were gone. Relief.

We had our Secret Santa Party this past Saturday and while the desserts and chocolates were passed around, I had no desire for it… It also helped that we came prepared with 85% Lindt Chocolate, so we munched on a block or 2 of that. 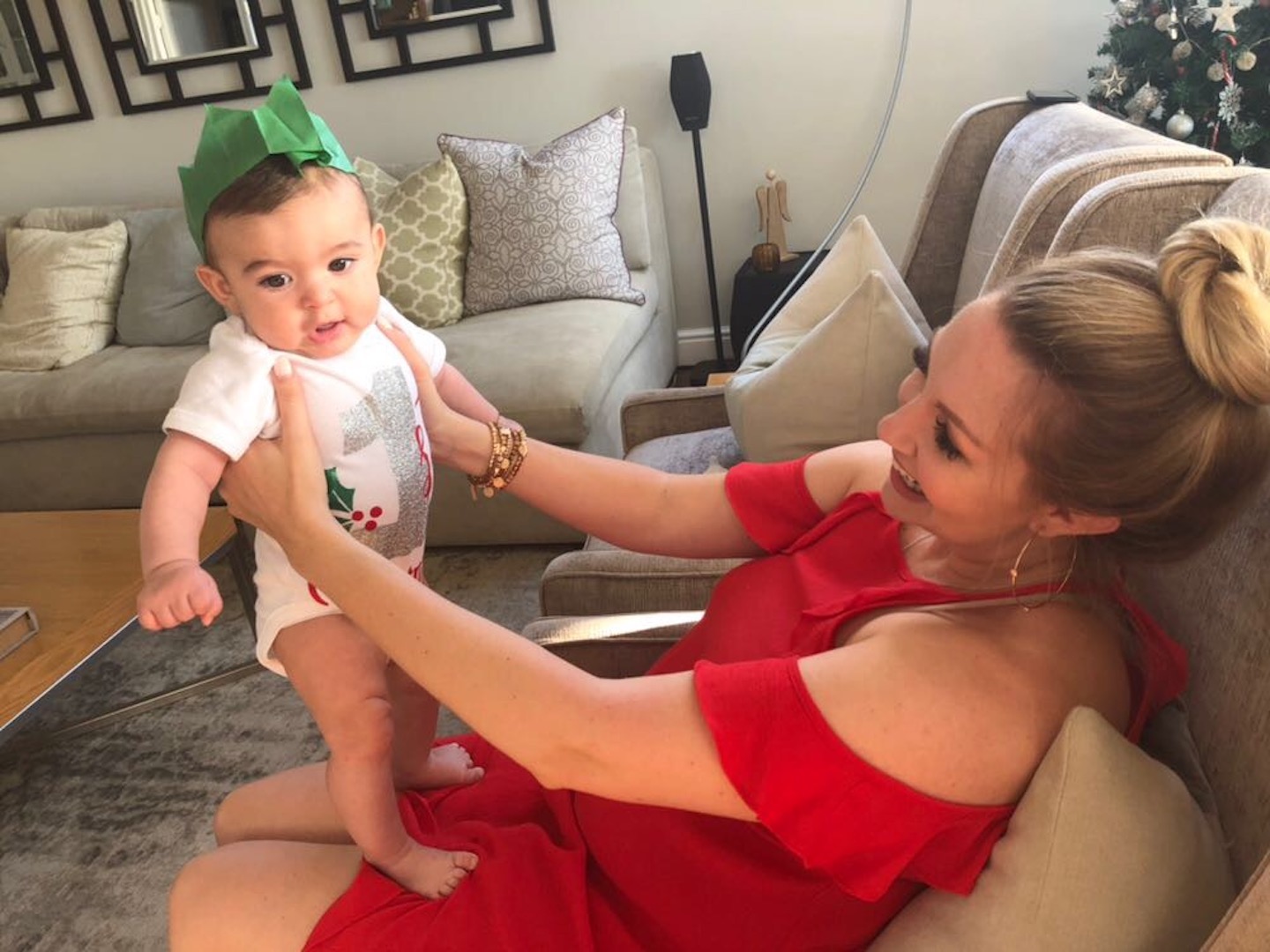 Someone asked me what I am eating in a typical day, so I thought I’d share a very basic idea. If you’re new to my blog, let me just update you. I follow the Banting Low Carb; Hight Fat lifestyle. It works very well for me with my Insulin Resistance

I have eggs and bacon or scrambled eggs with grated cheese or an omelette (all done in butter) almost every morning. I find this fills me up for such a long time. In fact, I rarely eat lunch. I’ll snack on a packet of pork crackling from Woolies, cheese, salami, crudités like cucumber, tomatoes, celery and feta and biltong (with the fat) only if I’m hungry. I’m learning to listen to my bodies cues of hunger vs thirst. When I started Banting I had to get out of the habit of the 3-6 meals a day. I was eating lunch because “that’s what you do” and not because I was hungry. I drink sparkling water (plain or with slices of lemon) and I also drink cups of vanilla and Five Roses Ceylon tea with a little milk and no sugar throughout my day. If I’m out I’ll have a flat white coffee with full cream milk.

For dinner I have protein (with the fat/skin) and roasted veggies done in coconut oil/olive oil. I love my creamy chicken mushroom dish with broccoli, roasted pumpkin and sweet potatoes (I don’t have sweet potatoes every day…more like once a week.) If I have anything sweet, it’s strawberries as they’re low in sugar with some full cream Greek yoghurt and cinnamon.

I love that it’s real food and hardly processed (if you don’t count the packets of pork crackling – very low in carbs, and salami) and in my opinion I don’t feel like I’m eating “diet” food. It’s delicious.

I’ll start taking more photos of what I typically eat… I have this sad photo on my phone only. 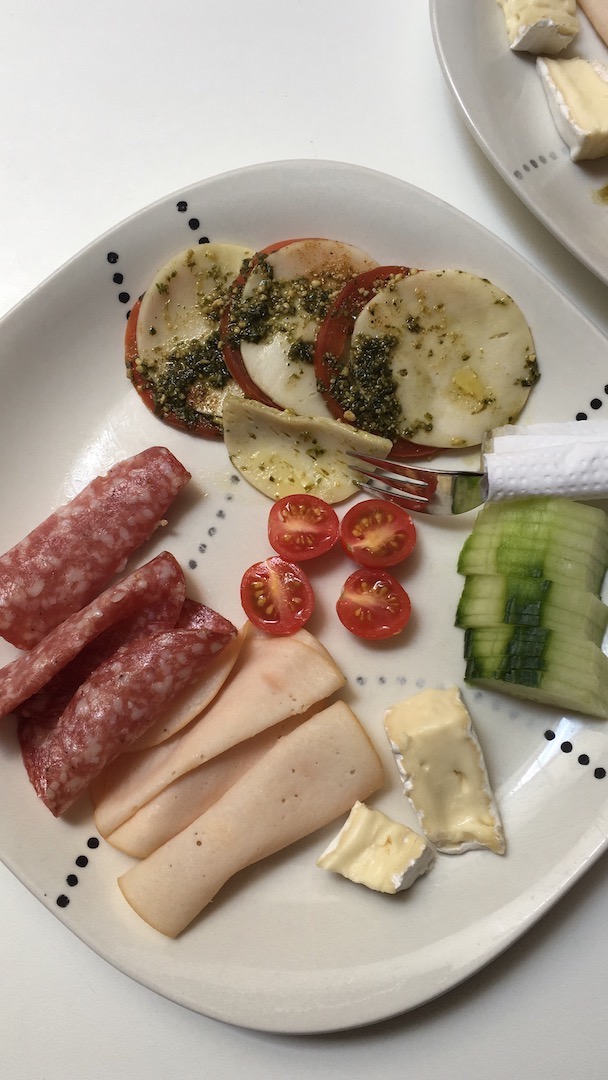 6 December: 80kgs. Over the belly button: 108cm. Hips 109cm. The damn scale hasn’t moved and again it shows that I could be retaining some water or gotten on the scale at the wrong time of day… I’m glad I’m doing the measurements because it shows great progress. If I was just doing the scale, this would have demotivated me. I also know how I’m feeling (a little lighter) and jeans aren’t cutting into me as much.

I desperately want to add more exercise back in, which will only make me feel stronger and get those endorphins going. I was about to go and do a Sweat 1000 class – I absolutely LOVE those … and I know I will be starting really really slowly to get back into it, but I chickened out. I feel a little intimidated to get onto a treadmill next to the supermodels that train there. How ridiculous and insecure does that sound? I know… I’m being honest though.

The goal for this week is to stop being silly and just start – I definitely want to get a Sweat 1000 Class in, do some promenade walks and do my weekly yoga session.