Last month I was invited onto the set of the new Stimorol Sensations commercial. Stimorol and Ogilvy had set up the most indulgent place for media, complete with topless waiters to deliver cocktails, a table of decadent treats and pampering massages, all whilst being fanned down by beautiful girls holding large feather fans.

We also got to watch the commercial being filmed.

The pink pool/waterfall that you see in the advert is not computer generated. It was actually a thick, pink syrupy goo that was freezing cold. Because it was painfully cold, there had to be large heaters on set, which obviously heated up the whole place so that crew members and all of us were in t-shirts, except for the poor protagonist and his synchronised dancers who sat shivering in between take after take.

My Uncle, Clive de Klerk is one of SA’s top DOP’s (Director of Photography) and he is often away on sets filming. I don’t get to see him all that often, so when I arrived on set I thought I’d ask one of the crew members if by any chance a Clive de Klerk was on set, the guy blinked at me and said: “Of course! He’s right over there!”

I couldn’t believe it – it was amazing to see him and to see him work. 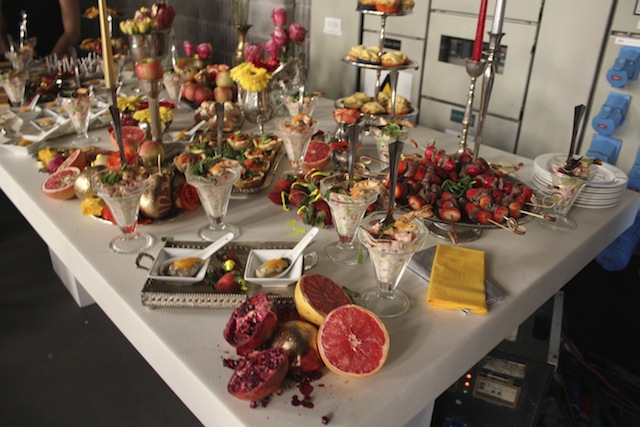 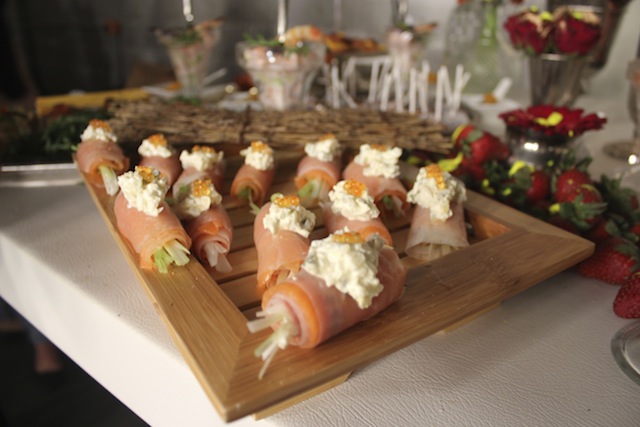 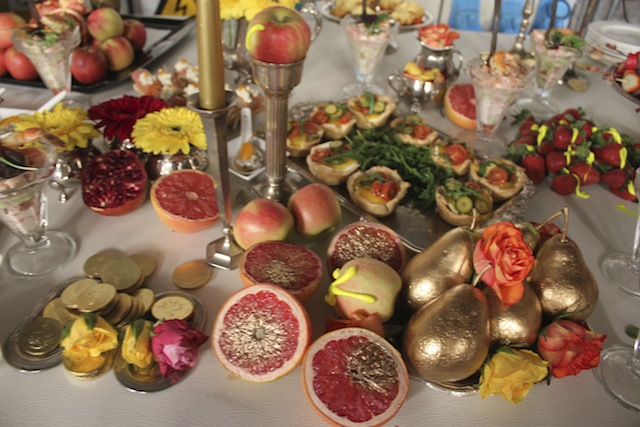 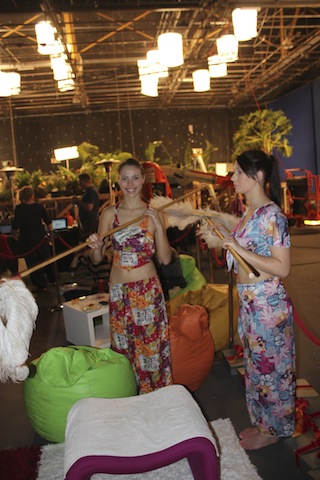 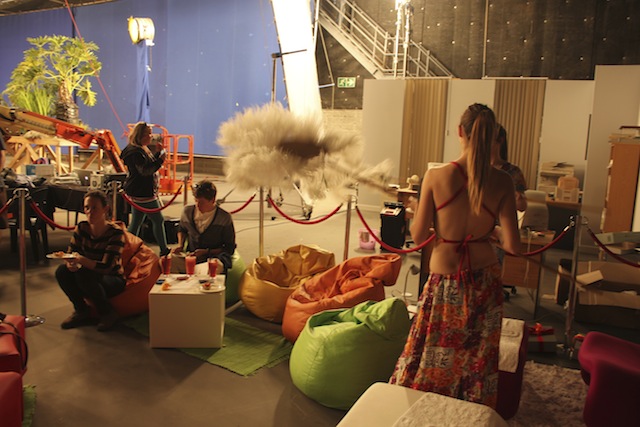 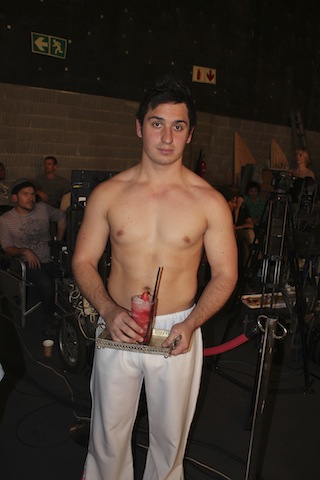 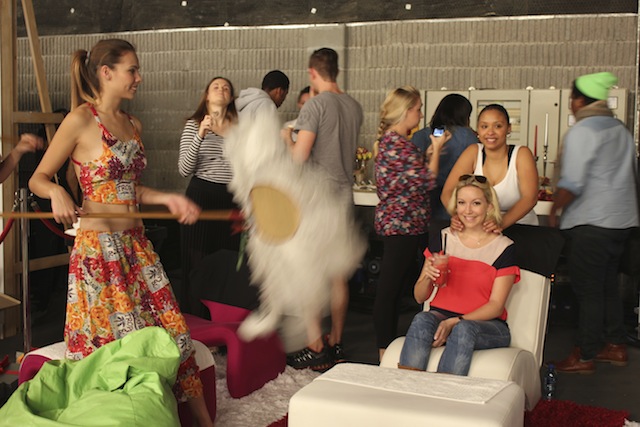 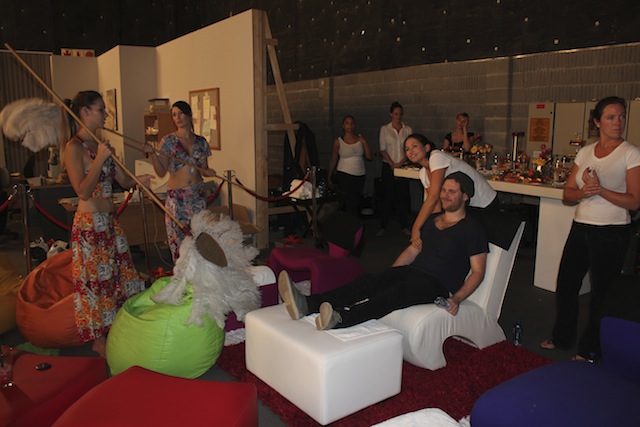 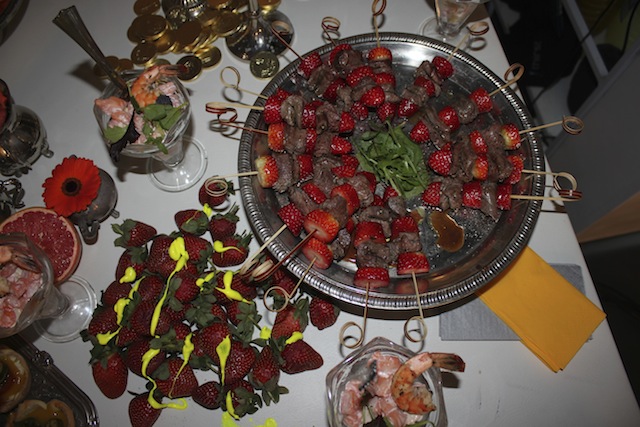 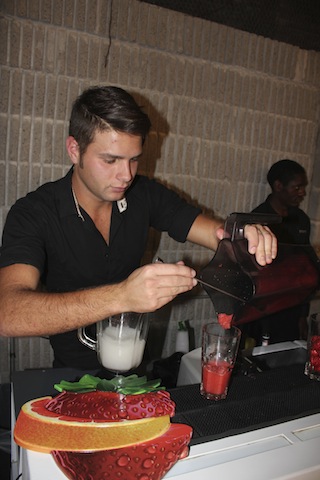 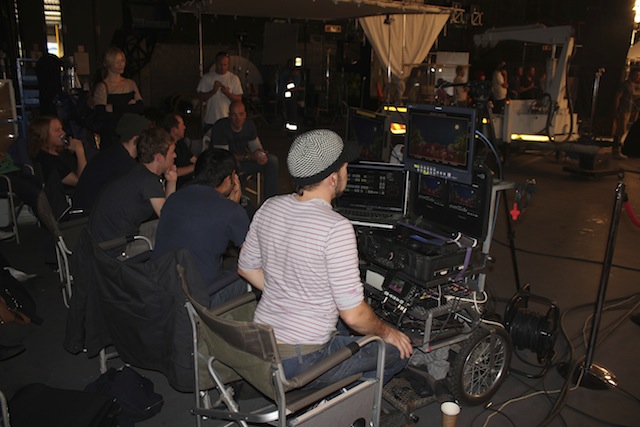 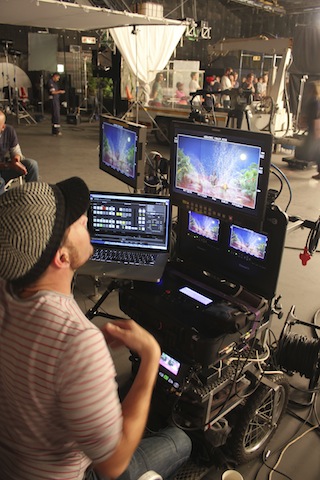 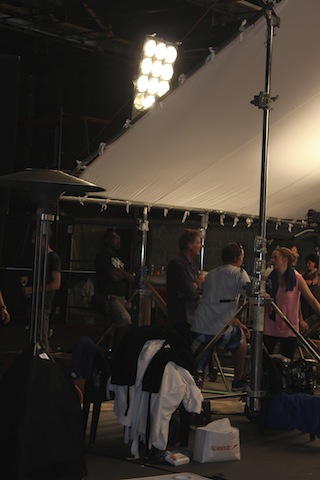 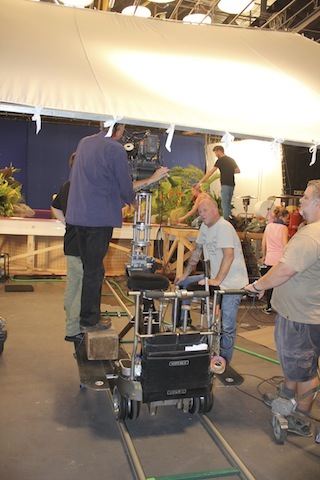 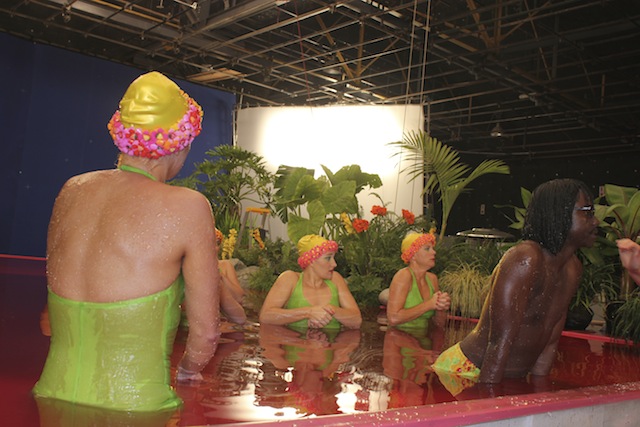 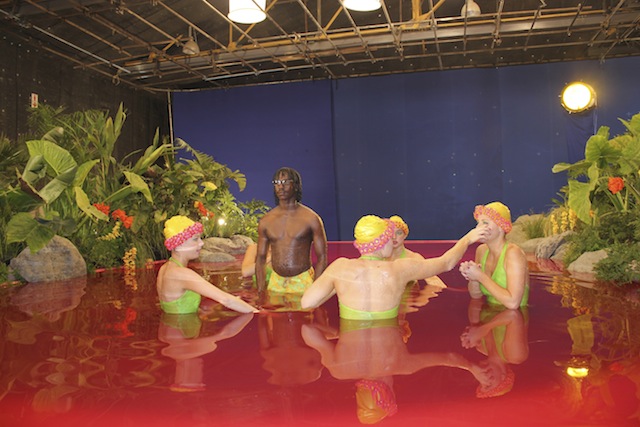 You can watch the behind-the-scenes here:  http://youtu.be/FTTEknUbj-g

Thanks again for having me on set, it was such fun and thanks for the incredible gift too… 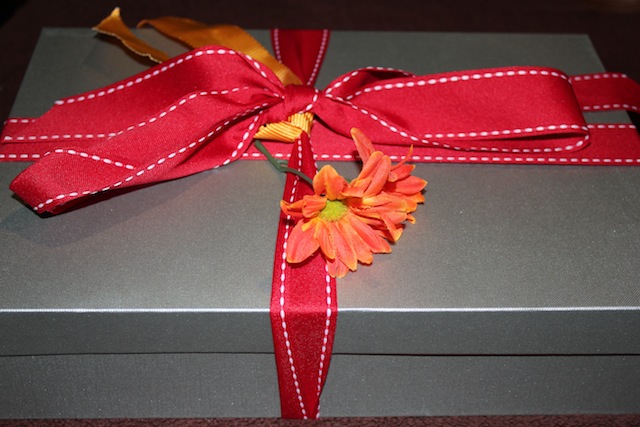 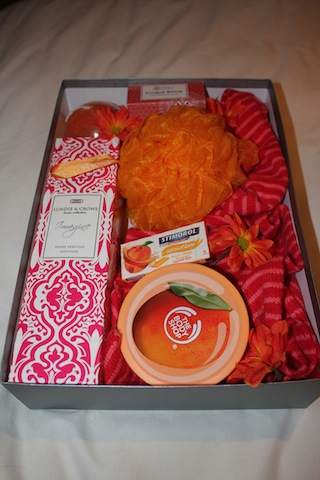