If you read yesterday’s post, you will have read about my temporary move. We have had to put some furniture into storage. I’ve discovered a new storage facility in Cape Town called: GreenCube Self Storage. What I really love about them is that besides the security, they have a green approach. The infrastructure is eco-friendly and they support various green initiatives throughout the Cape.

As they are brand new, they are running a competition on their Facebook Page for you to win storage for a year. You just have to like the page. See details here. 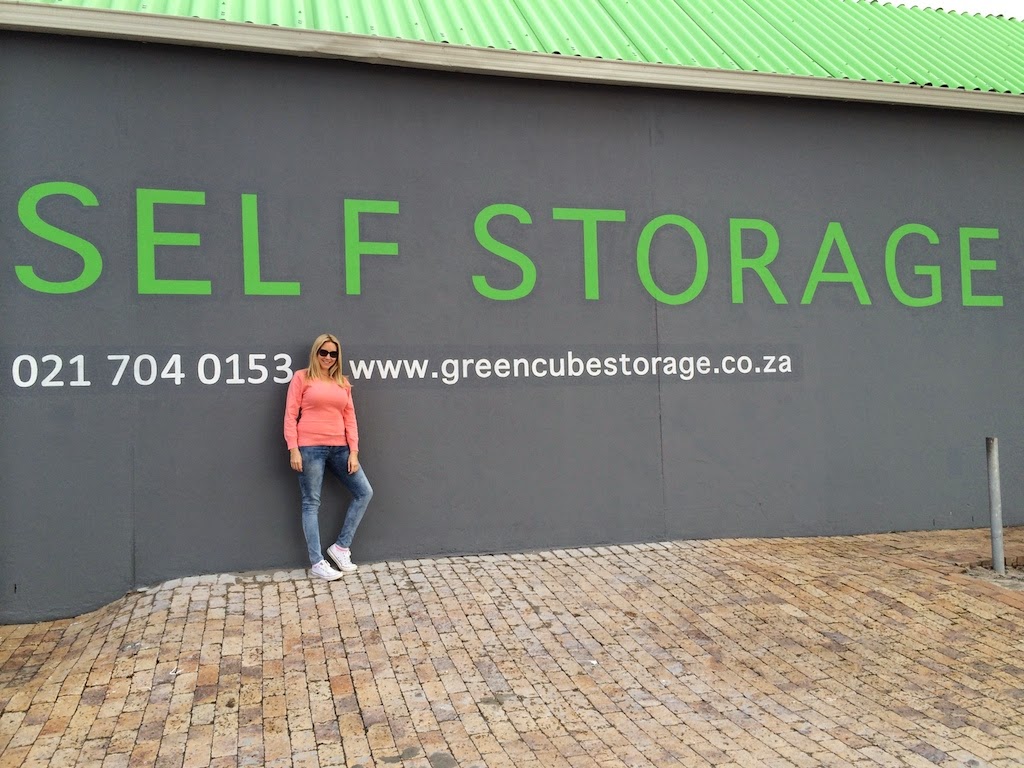 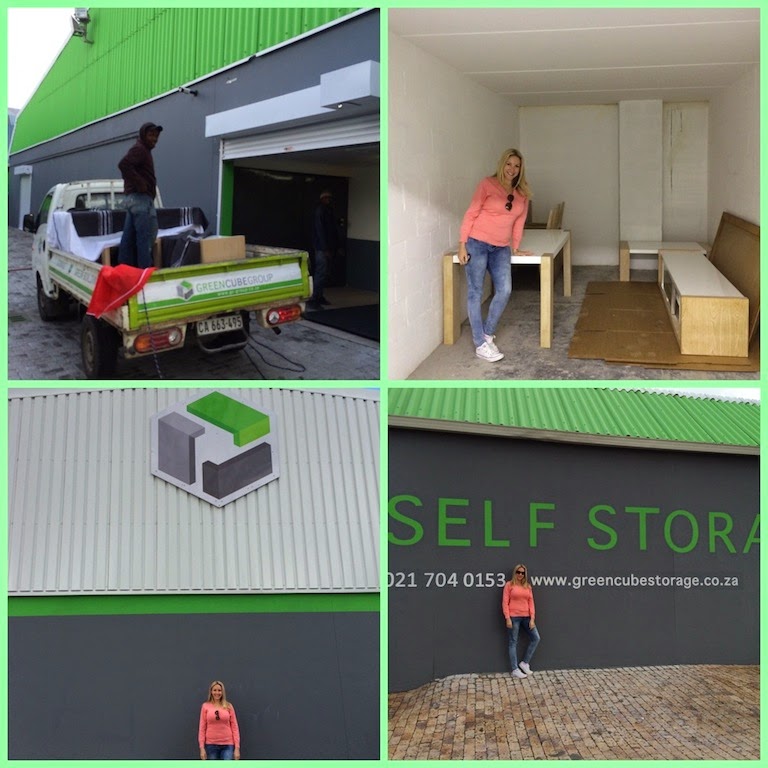 In other news… The weather has been really strange for this time of the year. My friends and family were telling me how it was raining in Johannesburg. How bizarre? Raining in Winter? That’s Cape Town’s game and yet it’s been relatively mild in the wet weather department. In fact this past weekend was lovely and sunny. Sure, the air temperature was still cold, but just lovely in the sunshine. 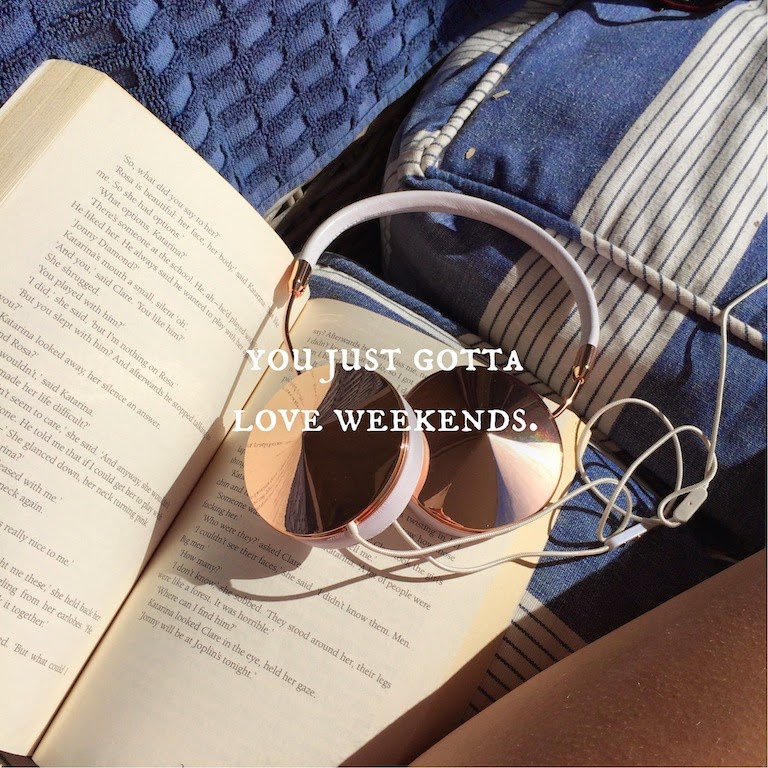 We bought some biltong, went down to the promenade where we just watched the ocean and ate in the sunshine. 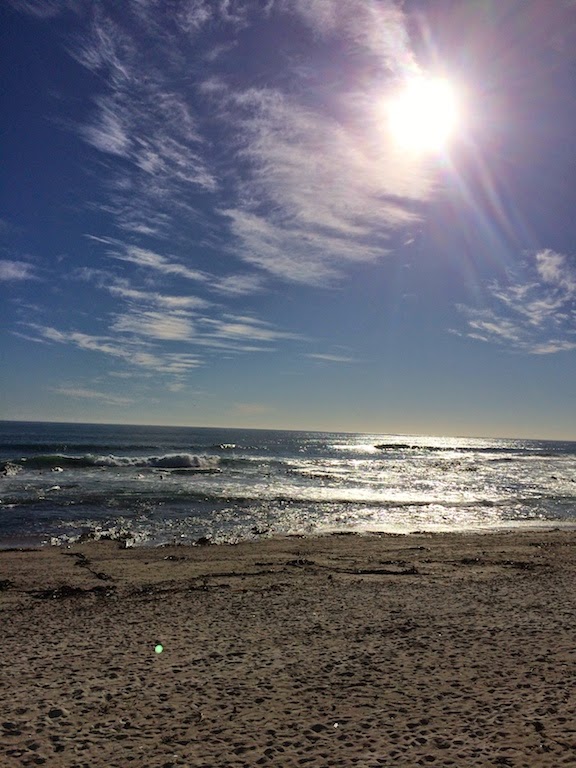 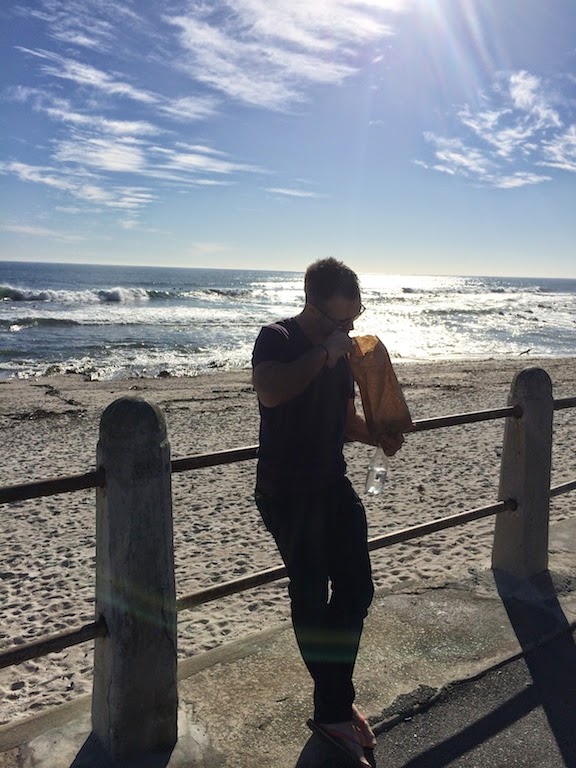 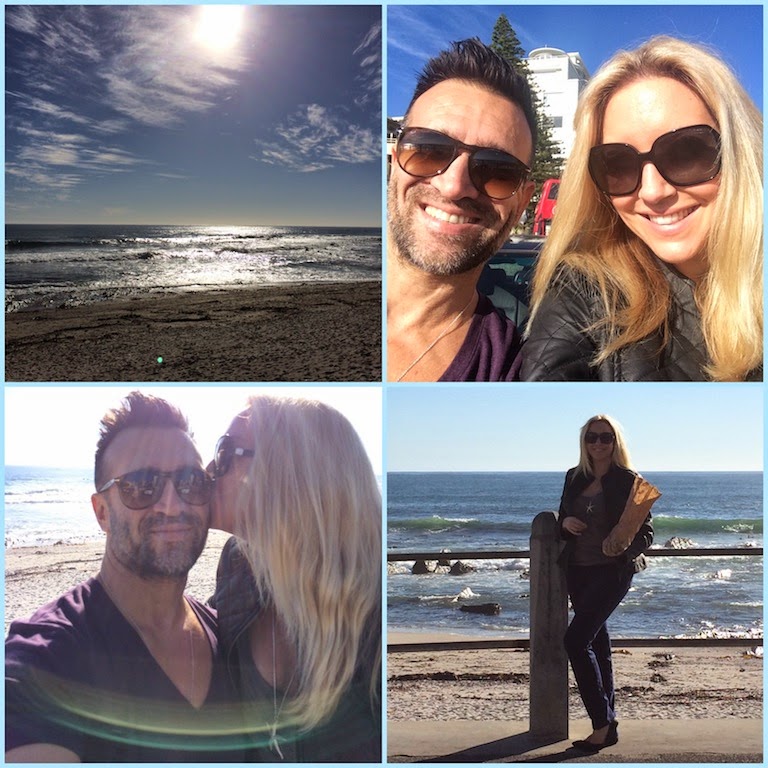 However, I don’t think we should be fooled… Apparently this weekend is going to be freeeeeeezing!! 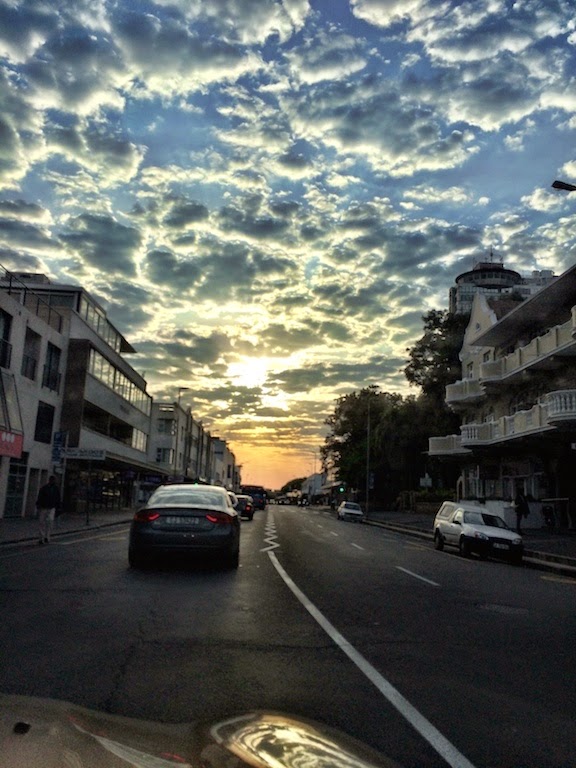 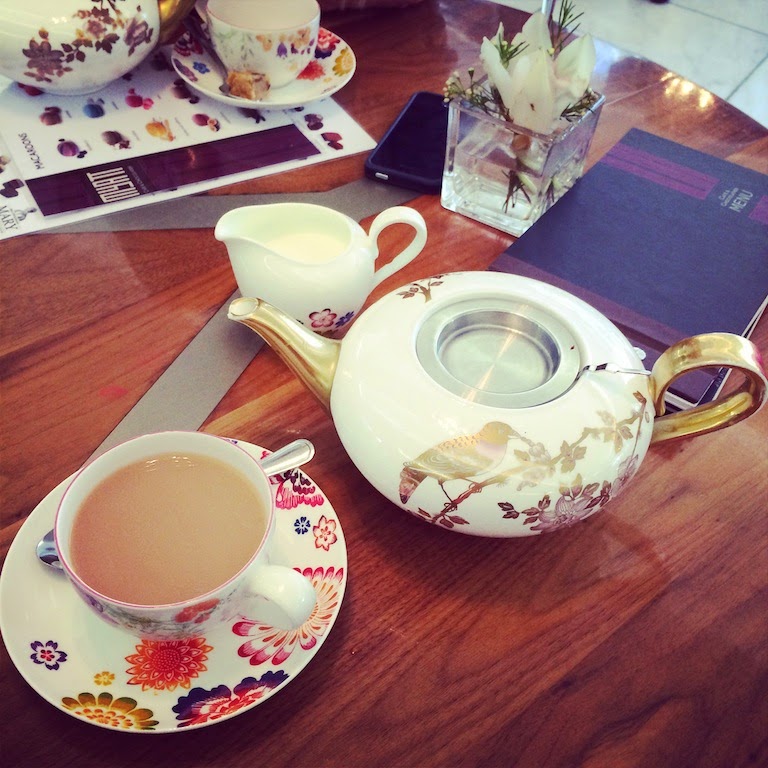 I have also caught up with various friends over roast chicken and wine tasting evenings, but we were having such a good time we never took photos.

I loved this meal of a salmon and avo omelette with Lisa, Danny and Georgina… It was so pretty it deserved a photo. 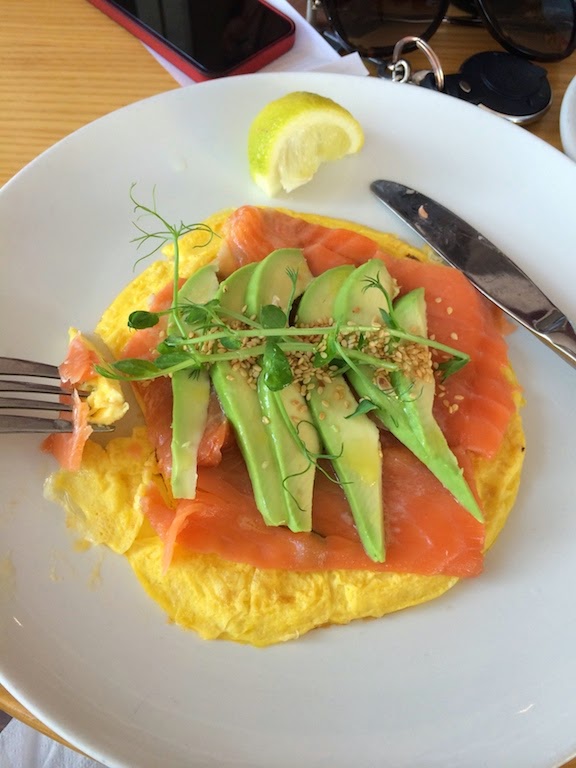 Speaking of food… On Sunday we found a Banting LCHF restaurant: 65 on Main Road in Sea Point. I ordered the carb free pasta with prawns and chicken and Sox ordered a cauliflower pizza. He says my cauliflower pizza is still the best  *brownie points for him*, but it’s great to have an alternative for when I don’t feel like cooking and he feels like pizza. 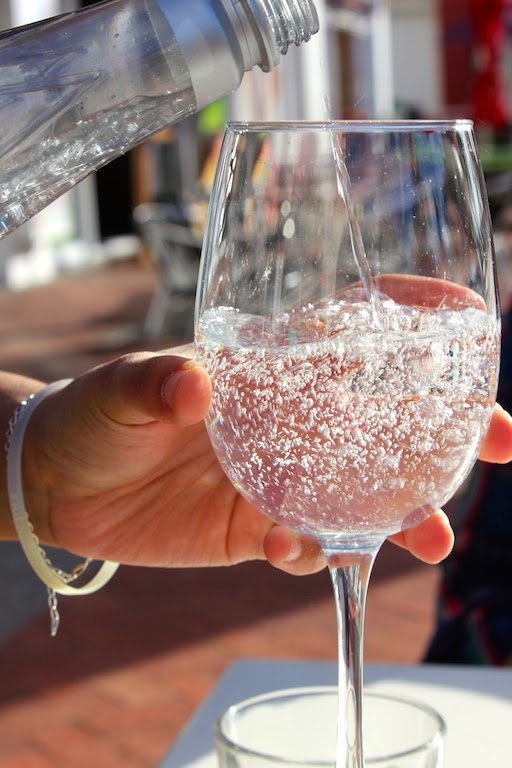 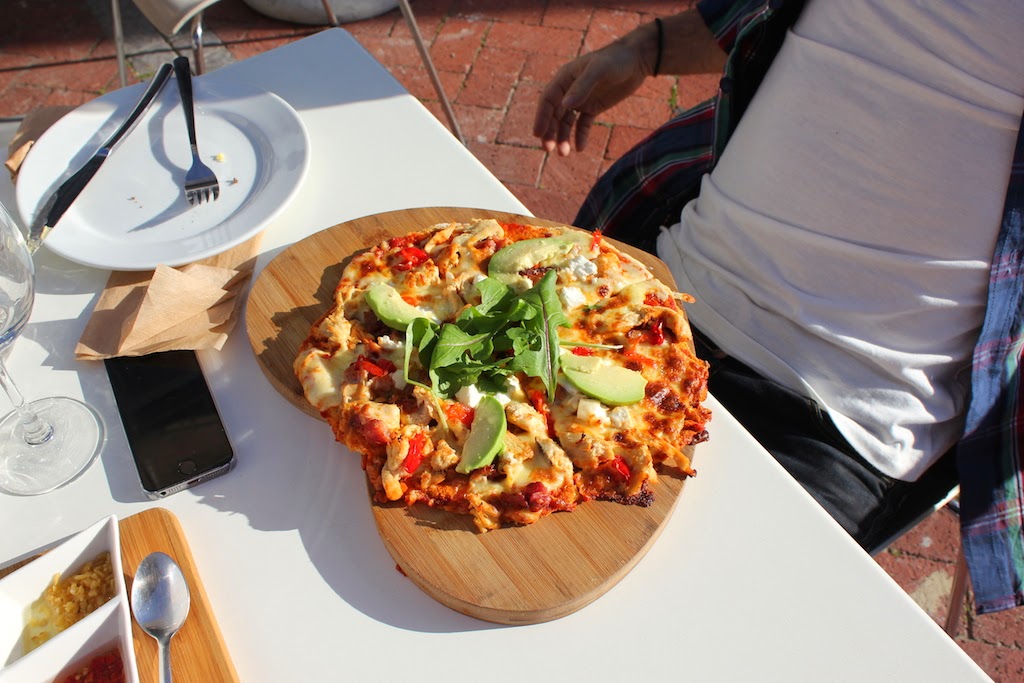 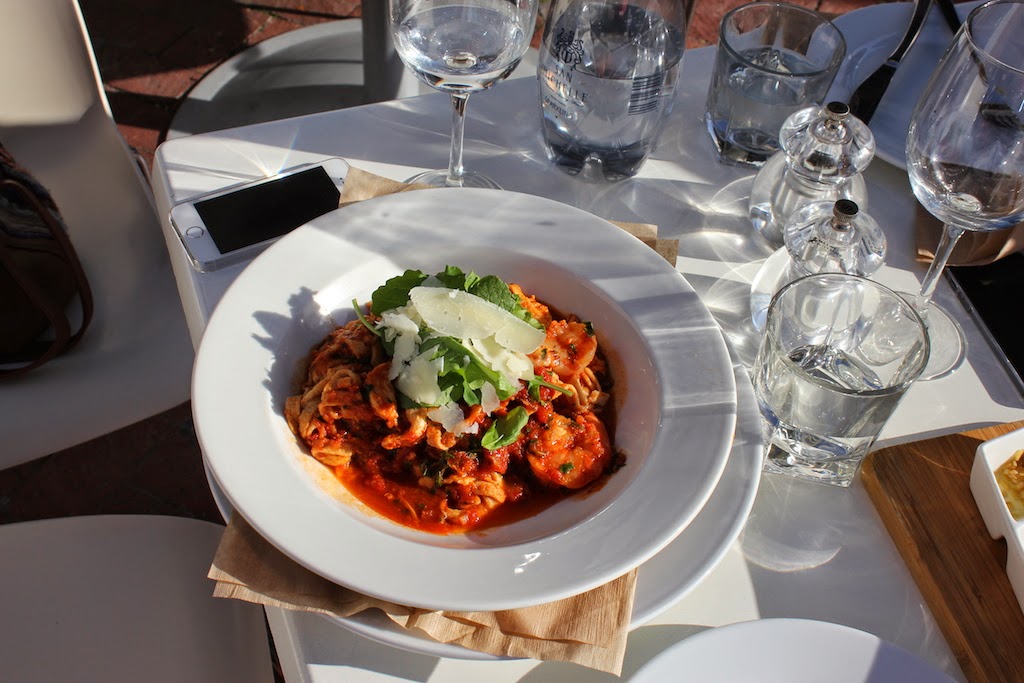 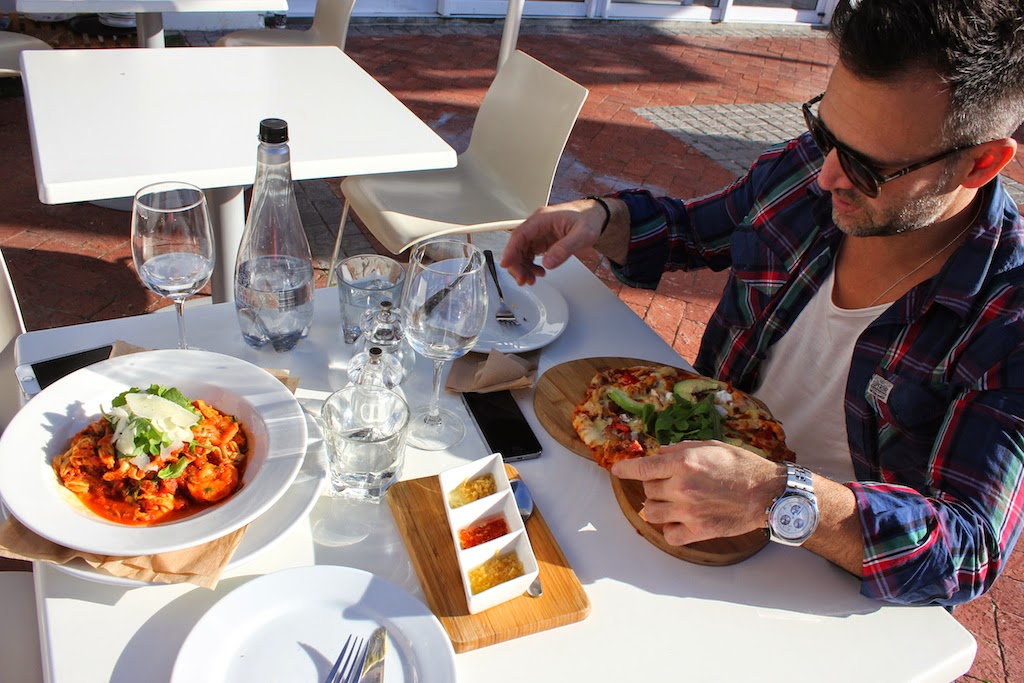 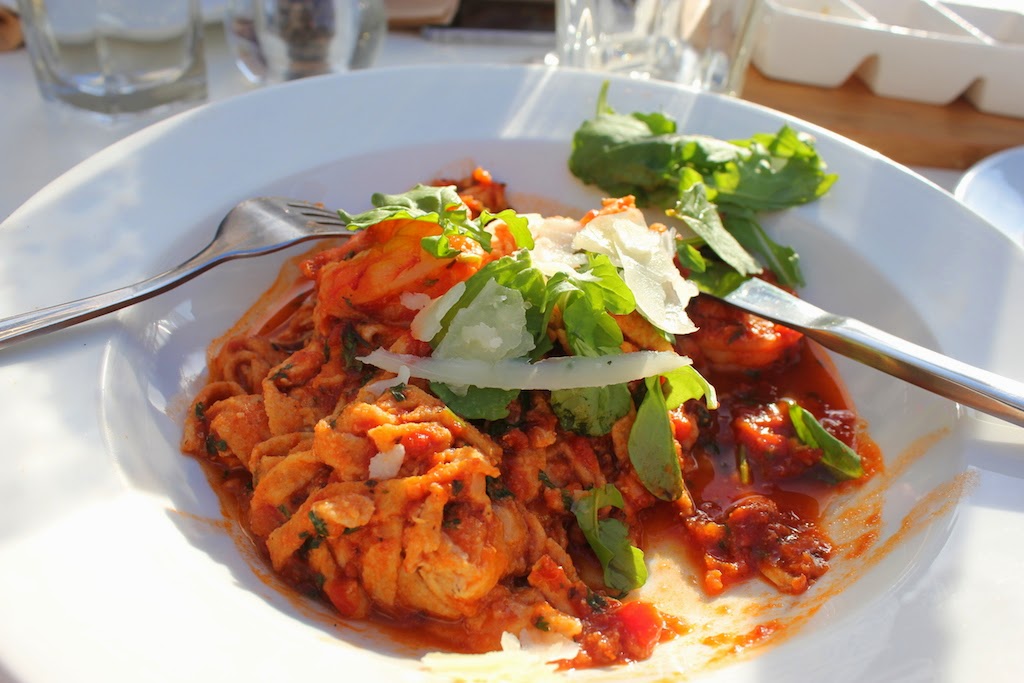 Oh and now that I mention cooking, I made the Carb Free Cottage Pie last night with Cauliflower mash on top. Oh my word it was delicious and tasted exactly like the real thing. 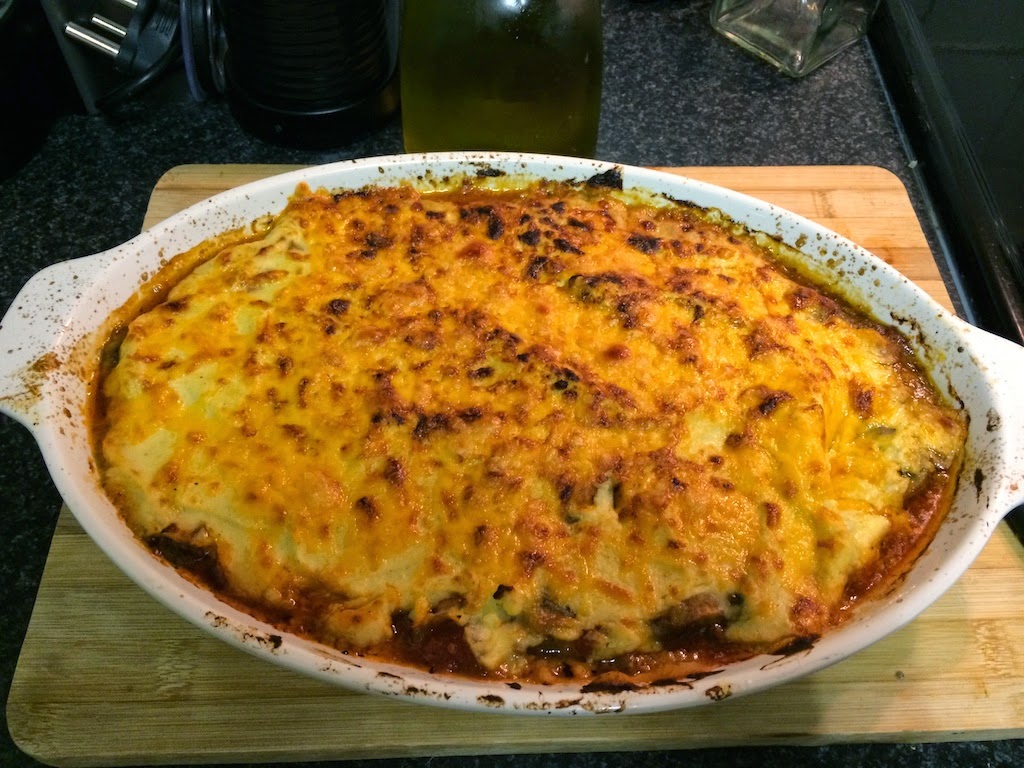 Here’s something random… I painted my nails with Tip Top’s Melting Marshmallows. I’m glad I have photographic proof of how well I painted them (doesn’t happen often), because about 10 minutes later I managed to smudge two of the nails. So annoying. I’ve been crazy about the World Cup Soccer. I’ve watched nearly every game and there have been no arguments over the TV remote. Ahem… The Best Girlfriend Award goes to…

On Sunday, Socrates and I went to the Greek Club to watch Greece vs Costa Rica. I thought the club was going to explode when the Greeks equalised in the last minute to take it to penalties. Sadly though, they won the toss and chose to take penalties second. Bad move. Apparently 60% of teams who go second, lose. There is definitely a psychology behind it.

*Look at me being all sporty!*

Last night Switzerland played Argentina. We watched it at home in our red and white… 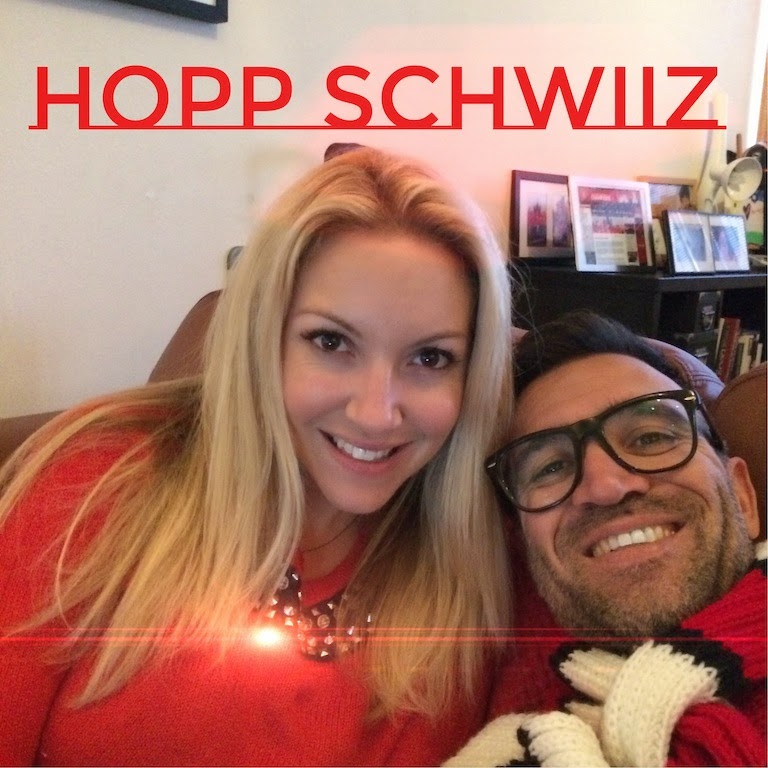 My mom sent me a photo of Dad and Duke watching the game in Johannesburg. 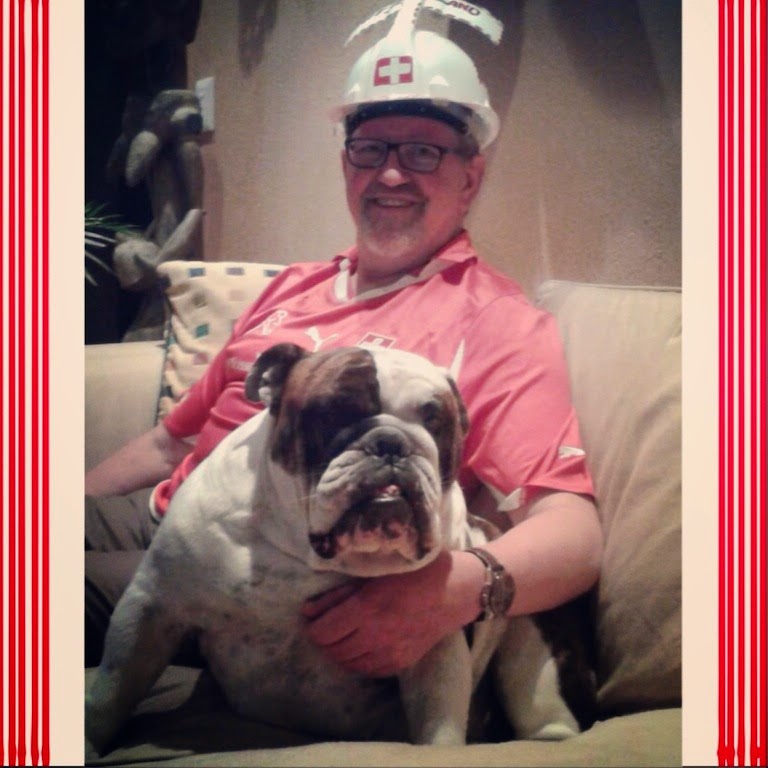 The Swiss boys played well but sadly it just wasn’t meant to be. They had an amazing opportunity to equalise (also at the last minute) but it hit the posts. Such bad luck!

So there we go… Both our teams are gone. Now I have to decide who to support next. Are you into the World Cup as much as I am?

Speaking of soccer… It was Max’s 4th birthday on Monday. Max and Uncle Sox have the cutest bond ever. Broody much? Swoon! 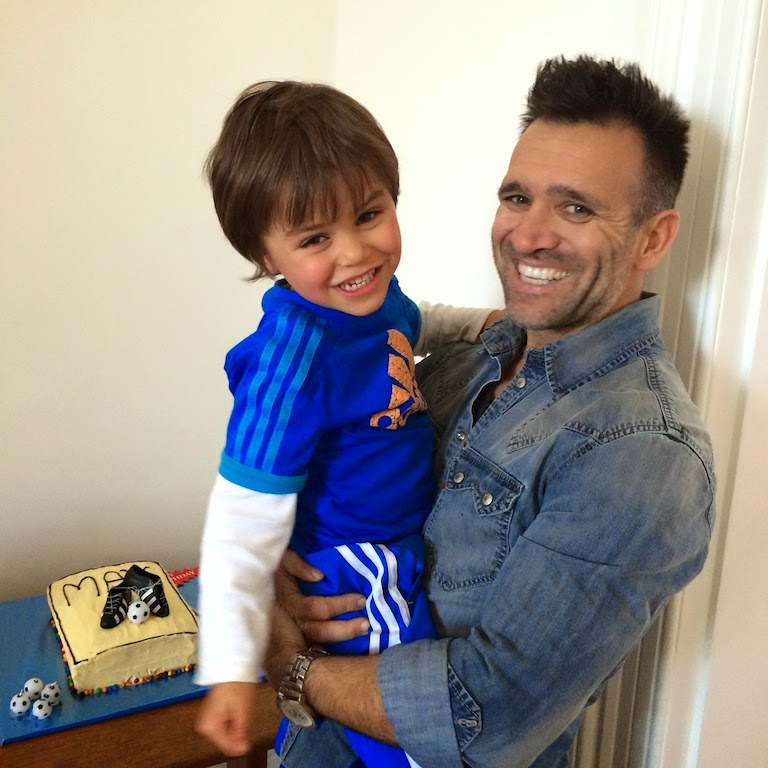 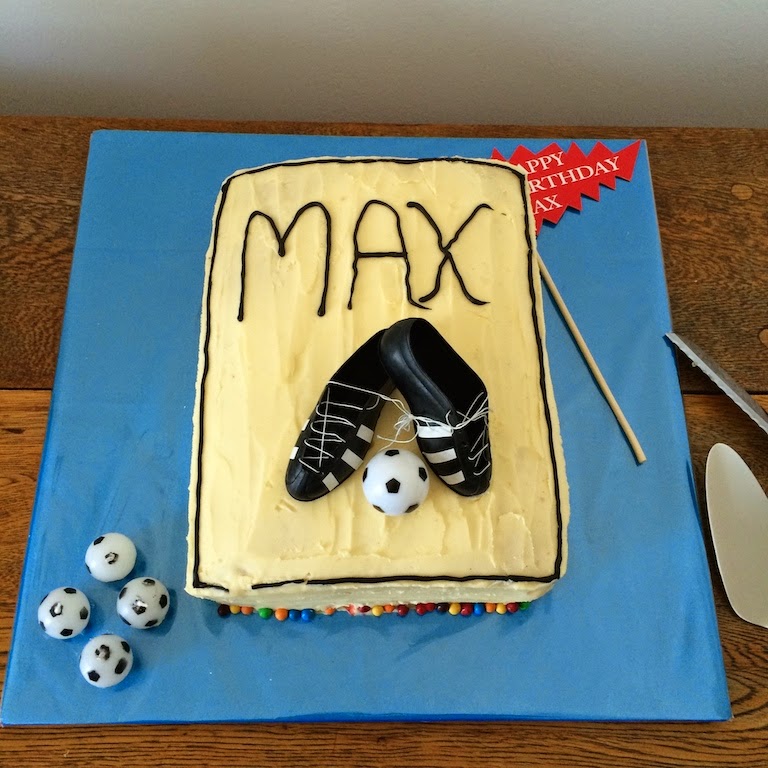 Yesterday, on my way back from Pilates, I grabbed a take away coffee and saw these beautiful flowers. The lilies were all closed. I popped them into a vase and when I woke up this morning, they’ve started blooming. So pretty. 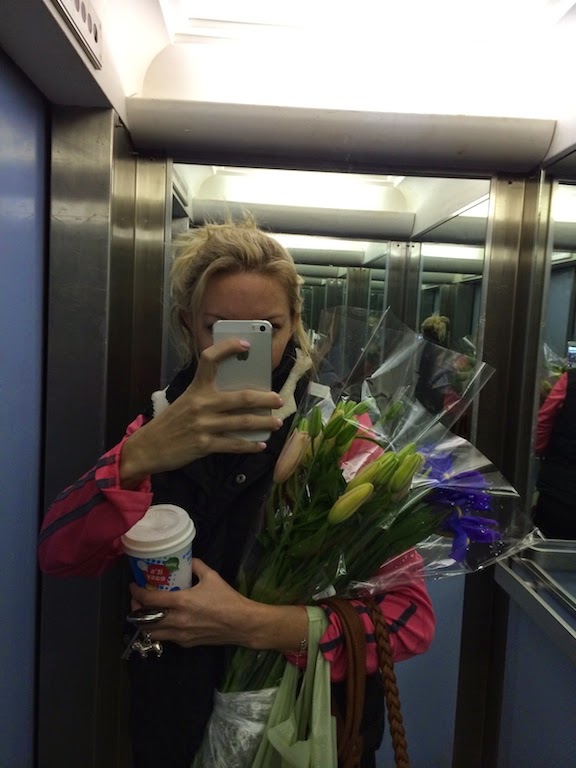 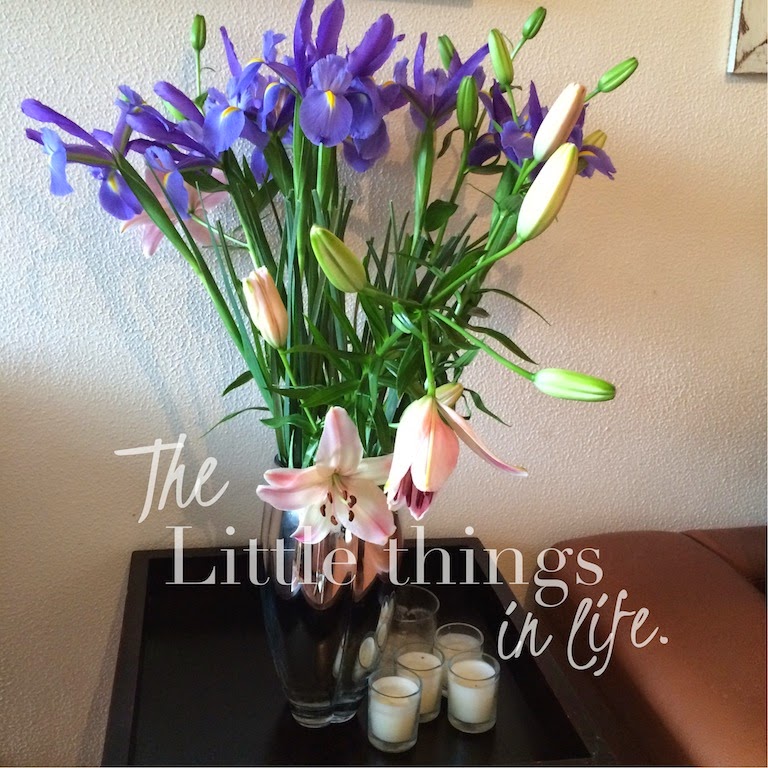