I’ve been meaning to do an update for quite some time, but then it was the festive season and wrapping up 2017 and I just never got round to it.

For those who are new, I decided to make my baby weight loss public. Part of me still thinks I’m crazy, but the other part of me is really happy I’ve done this. It keeps me accountable and I’m happy to hear that it is helping other new Moms feel either motivated or more realistic about those of us who aren’t fortunate enough to just ‘bounce back’ within seconds. You can read my posts here. Part 1, Part 2, Part 3.

I am really proud of myself for getting through the Festive Season. The Festive Season for me is usually riddled with parties, canapés and lots and lots of desserts. In the past (before Banting), I’ve been that embarrassing “child at a birthday party” who hangs around the sweet/dessert table, but since I started my baby weight loss mission on the 31st October 2017, I realised I was going to have to be extra diligent as we entered the Festive period.

I cheated on Christmas Eve, Christmas Day and on New Years Day. On Christmas Eve we were at the Davel’s for Christmas Eve dinner and I was responsible for bringing dessert. I should have made a some-what healthy dessert, but I was working and had very little time to bake/cook/arrange. I ordered a rainbow cake and the Greek biscuits my MIL had taught me to bake. I could have easily stayed away from it, but my mindset was weaker because I knew I was cheating on Christmas Day by having my traditional Stollen cake and Lebkuchen biscuits. It was an easy opening of saying: “Well I’m cheating tomorrow, so it’s OK to start a little earlier tonight.” Oops.

Honestly, while it was delicious in the moment I was eating the slice of rainbow cake (albeit way too sweet – which I never thought I’d say , having such a sweet tooth -it just shows how your tastebuds change when you haven’t had sugar/sweetness for a while), afterwards I felt nauseous, sluggish and bloated. I felt awful and a little sick. It just made me think: How is this actually a treat, when I feel so terrible afterwards?

I absolutely loved my Stollen and Lebkuchen though. I have to be honest. It was so yum. I was also surprised how quickly my body adapted to the sugar. Had I not had the cake the night before, the Swiss cake and biscuits would have made me feel sick and lethargic then. It just goes to show how dangerous sugar really is and how quickly it can take over control of your body and your brains craving for it. 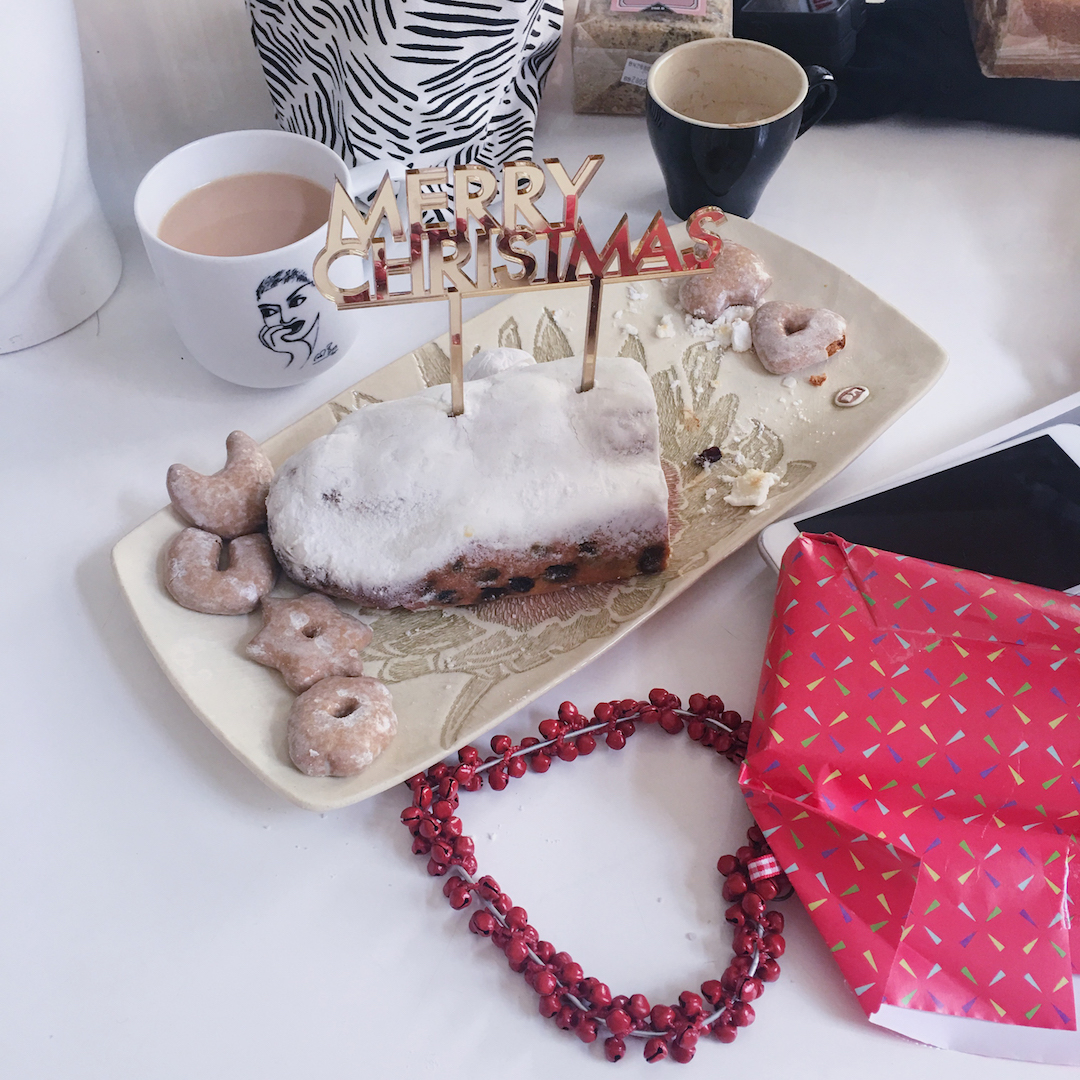 I went straight back to eating no sugar and refined carbs after Christmas. I had one day of cravings, but they subsided pretty quickly. I’m also really proud that I went straight back into the healthy eating and didn’t get sucked into another weak moment of saying: It’s the Festive Season! Knowing we’re cheating again on the 1st of January (it’s the traditional cutting of the Vasilopita cake with the coin in it) , I might as well just cheat the full week and start again on the 2nd. I really am proud that I didn’t buckle and give into the full week. I think it would have been so much harder to get back into being healthy again and would have felt like I had to go back to Square 1.

In hindsight, I actually didn’t really need to cheat on those 3 days… While I might have felt I was “missing out” at the time, the reality was, after each of those days I really didn’t feel very good.

I will say that while I didn’t eat carbs and sugar, I wasn’t very strict on my drinking. We were very social so I was having a glass of wine or bubbles at every occasion, and while it didn’t feel like it had an impact, alcohol definitely does hinder weight loss. 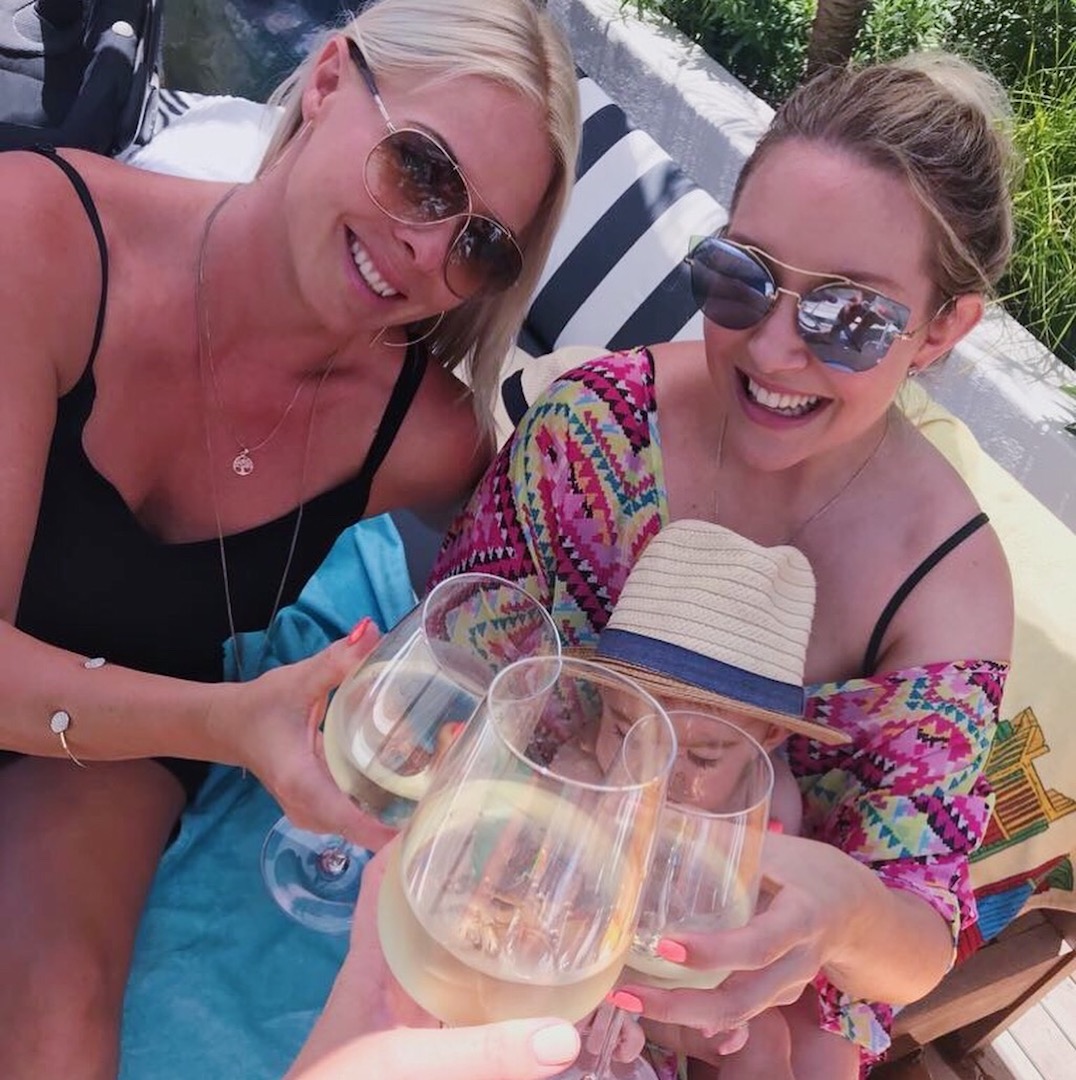 I didn’t weigh myself through December, but here are my stats so far.

6 December: 80kgs. Over the belly button: 108cm. Hips 109cm. The damn scale hasn’t moved and again it shows that I could be retaining some water or gotten on the scale at the wrong time of day…

The tape measure shows centimetres lost, but the scale shows I’ve gained a kg. This is why most exercise programs suggest you ignore the scale. It’s not always accurate, it really does depend on that time of the month, muscle gain, water retention and even whether you’ve gone to the loo or not. It can be incredibly demotivating though. Thank goodness for the measurements and how I feel in my clothes.

Here is an example. I follow this guy on Twitter and in the first two photos below, he weighs exactly the same and in the last photo he weighs more since he has built muscle.

So while I was hoping to have lost more, I am also somewhat surprised I lost anything considering all the wine I’ve been drinking this festive season, so I’m definitely taking it as a win.

I am also trying to learn patience. I know that if it comes off slowly, it will stay off. I, however, often feel annoyed and will be like: I did a Pilates class… where are my abs? Haha. I have Banted for a week why am I not down 10kgs? It’s so funny. Patience is a virtue.

I started Pilates again last week and it felt so good. I really hope my muscle memory is fast and I get back into the swing of things quickly. Hello jelly legs! I’m also back into my Yoga for the year and really loving the practise.

I am seeing a chiropractor once a week, for the next month, to fix my back. Being hunched over expressing for the past 6.5 months, plus carrying George in and out the womb, has not been kind to my back at all. Only once I’ve got it a little stronger and my alignment is better, will I then get back into Sweat 1000. I really don’t want to strengthen muscles that are out of alignment and possibly get injured.

I feel like I’m on the right path. I’m focused on eating well and the sugar cravings are at an all time low, which is pretty great! I’m so much closer to being at my goal by the time George is one.

Life according to my Blackberry 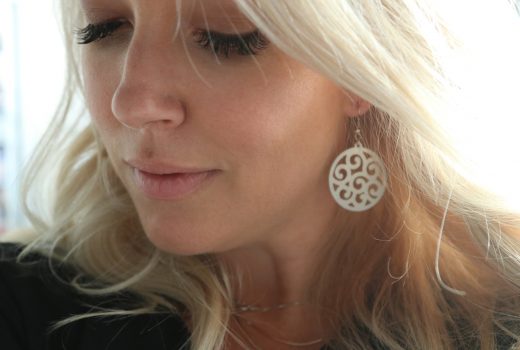