Today, the 09th of October means that I have lived in Cape Town for 6 months.

Cue the cliche of: Time flies when you’re having fun.

My mom and I started driving down on the 08th of April, stayed over in the Karoo and then officially arrived on the 09th of April.

These are the first pics from that day: 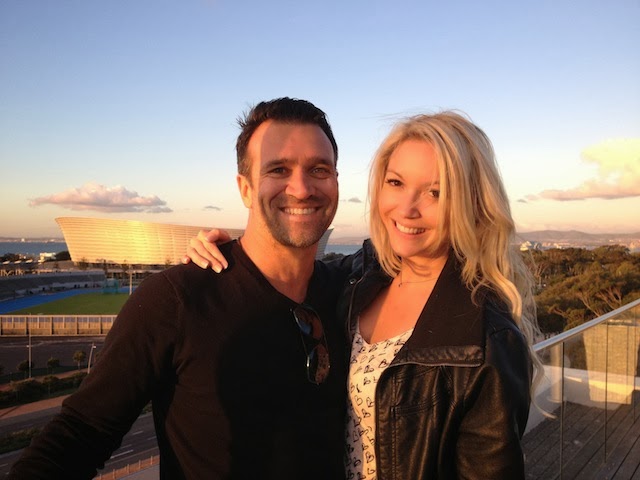 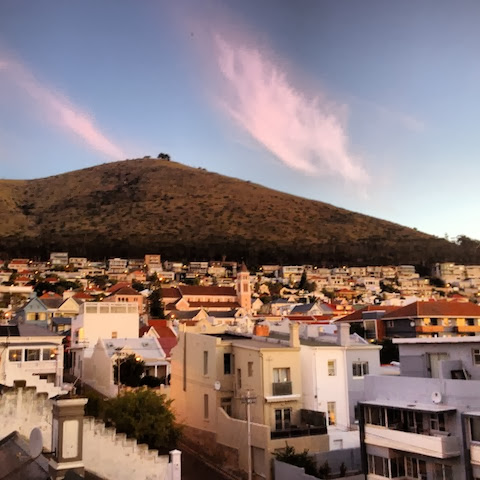 I’ve adapted to some things almost too easily, which made me feel a little guilty and other things (things that I couldn’t have prepared for until I got here) have been incredibly challenging.

It’s my first time ever experiencing the feeling of being homesick. It clutches at my stomach and my heart and I have to work through it, but I’ve been really lucky that my idea of Dual City Living has worked so well and I’ve managed to go back to Joburg once a month, sometimes more than once.

I do feel as if I have moved country. Things are so completely different down here. The only thing that makes me feel like I’m still in SA is the currency (Rand) and the accents.

The weather is different, the obvious scenery, the people, the thought processes of people, the work ethic… everything is new and different.

My life is a lot less stressful down here and I truly believe that it has to do with the elements.

The ocean soothes and rejuvenates me and the mountains have a grounding energy. I also love watching the cloud formations here. I love how the clouds roll in over the ocean. I love the clouds sitting on top of Table Mountain or how Lion’s Head sometimes gets it’s own cloudy hat, which by the way is an indicator that it will rain. Personal observation. 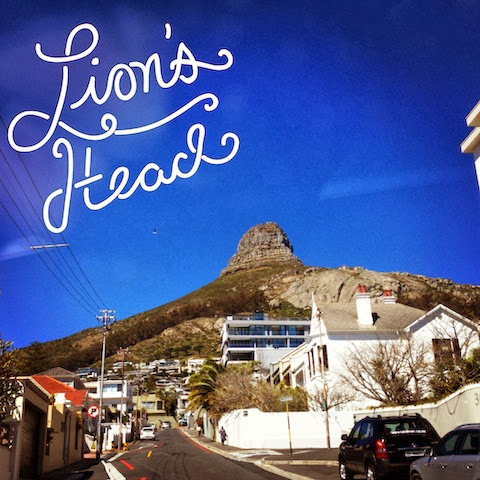 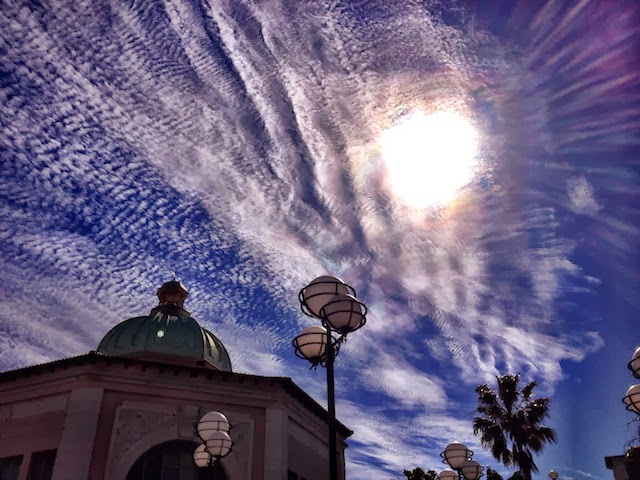 Getting stuck in traffic doesn’t seem as bad when you have such beautiful scenery to admire.

I’m also really lucky that where I live, I don’t encounter much traffic at all. In fact, I am yet to be stuck at a faulty traffic light since being here *touch wood*. It’s something that dawned on me when I returned to Joburg and sat in one traffic jam after the next.

I don’t see potholes or faulty traffic lights and the streets are so clean. It really stands out.

I don’t want to become jaded by the scenery. I hope that it will always leave my breathless because it is truly the most beautiful city.

I’ve never come across people who are so in love with their city. I understand why Capetonians are so patriotic. It’s great. 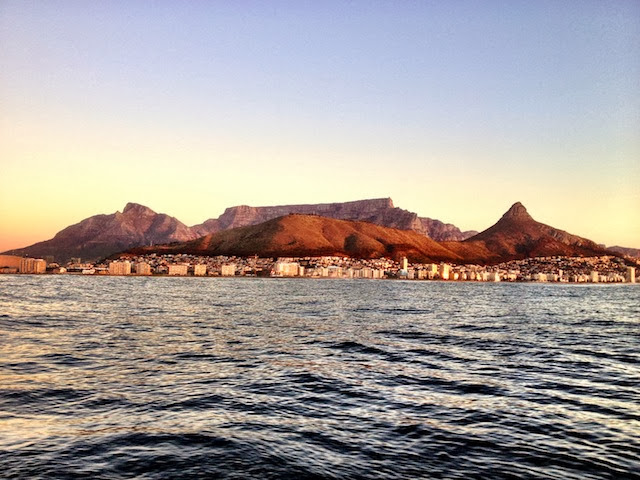 Capetonians also talk in minutes. Well the ones on the Atlantic Seaboard do. As everything is so close, they will say: “I’ll see you in 7 minutes” or “It’s just 4 minutes away.”

It’s not rounded up or down.

I found this so funny when I first arrived. Joburg is huge and so geographically, to get anywhere generally takes 30 minutes (let’s not talk about traffic), so you know to leave home at least half an hour before you need to be at your destination.

When I first arrived in Cape Town, I left half an hour before the time I needed to be at my very first appointment. I arrived 5 minutes later at the venue.

It’s quite funny how I now know how far everything is from me – in minutes.

I also find it hilarious how anything over 10 or 15 minutes in Cape Town is considered far. That’s a dream in Joburg.

When I first had to go to Newlands, everyone told me it’s “so far” so I was expecting anything over 30-45 minutes. I arrived 15 minutes later dumbstruck about how this was considered far.

Yet again, I was obviously early.

My life is also a lot more active.

I understand why Cape Town has been called the most active/healthy city in SA. As it’s my first time living at the beach and I’m now going into my very first Summer at the coast. I feel a new pressure. I realise it’s my own pressure because no one actually talks about it… but I suddenly live at the beach. I keep repeating it so that it sinks in.

In Joburg when people say they’re getting Summer ready for the pool parties – let’s think about it: When last did you go to a braai/pool party and sit/walk around in your bikini?

Um… You get into cute sundresses and lounge around.

Here… when people say: Meet me at the beach; you can’t exactly sit on the beach in a sundress.

Pressure… even if it’s self provoked.

The scenery and sun setting later makes people want to be healthy, in my opinion anyway.

My boyfriend and I have recently started doing a brisk 5km walk along the Promenade every single evening over and above our personal workouts.

I love it and look forward to it. We get to chat about our days, catch up and watch the sunset. Oh my goodness, the sunsets here are spectacular and I appreciate them so much. I have always appreciated sunsets, but with a different love of seeing it set behind buildings in Johannesburg. 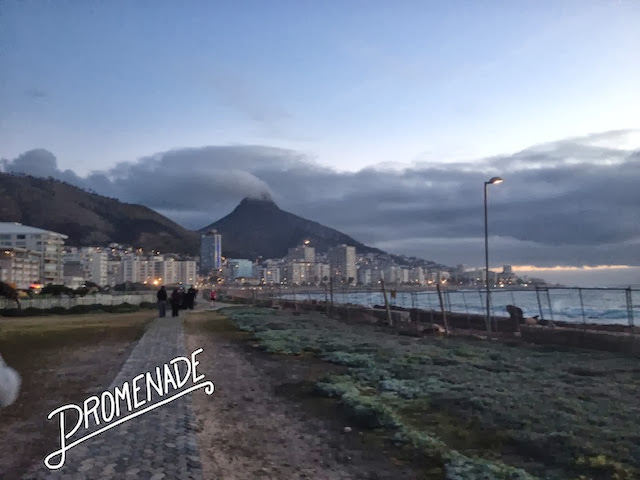 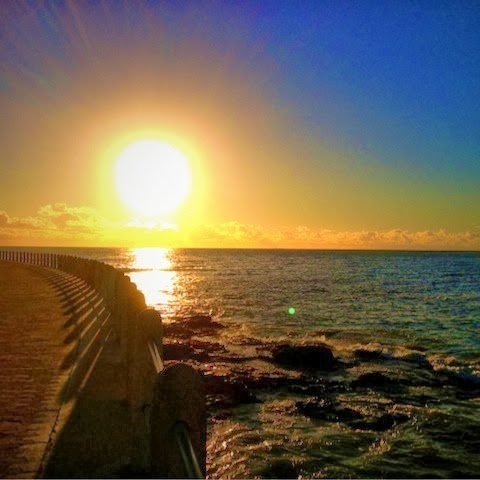 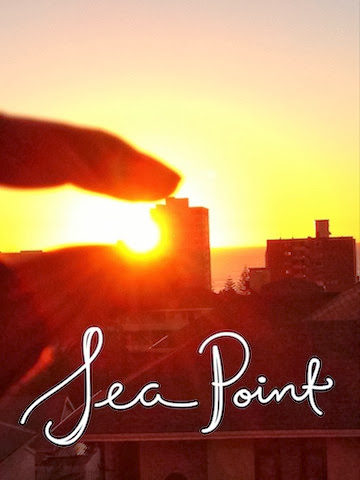 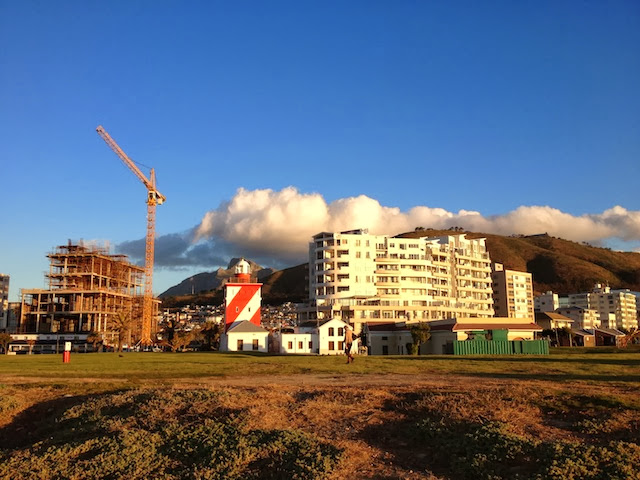 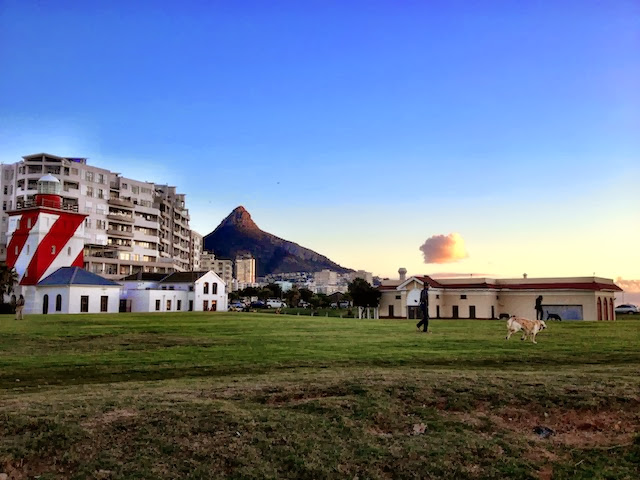 I have also become quite a whizz at parallel parking. I feel like I need a Noddy Badge.

Admittedly the last time I had to parallel park was in my drivers exam. In Joburg there are a few places in the city where you parallel park, but majority of the time there is plenty of forward parking. I don’t think I appreciated how easy it was to pull into a parking lot and park. I can spend longer looking for parking than it took for me to drive from apartment to the place.

I don’t live with my boyfriend. We did long distance for a very long time and when I decided to make the move for my work, my soul and for me… I wanted to do things the “right way” – have our relationship grow organically.

I do live with a man though… I have a housemate, who is one of my boyfriends mates. It’s loads of fun.

It’s also the first time I’ve ever had a housemate. I’ve lived with “boyfriends” before, but not with a housemate (male or female.)

Not that I can compare, but I like having a male housemate. There is no drama or bitchiness. I don’t have to worry about my expensive beauty products disappearing (even though I’d probably share) and since we are both so chilled, it just works. He’s very funny too and I’ve often thought about starting another blog purely about the funny stories and things he says.

This move has really allowed me to grow as a person. We are always growing, learning and changing – this is life, but it’s been quite amazing for me to see how I’ve adapted, the lessons I’ve encountered and how I have dealt with them.

I realise this move to Cape Town was so much bigger than I even knew and bigger than me. I don’t know how to explain that, but I can say that I feel like this move was meant to be and something written in my life story long before I was even aware.

This has been such an adventure so far and it’s only 6 months. Here’s to the next 6… 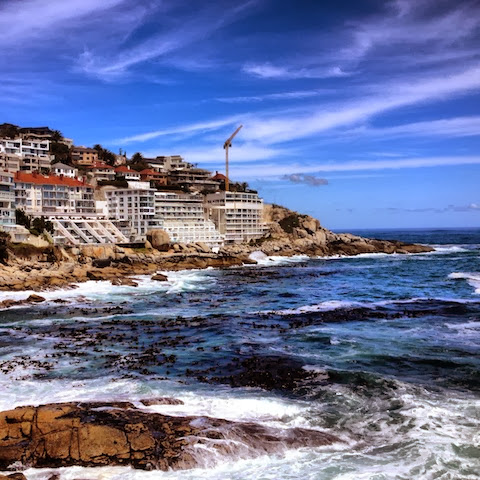