I know Duke doesn’t look like a puppy anymore, but he’s just turned 9 months old and will be a “baby” in my eyes forever. 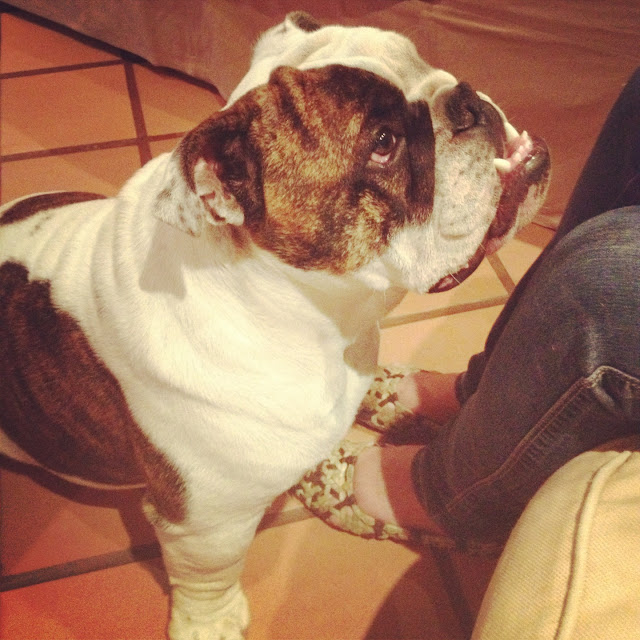 I know Bulldogs are known for this, but when you’ve never had one before it is hilarious.

I managed to get a little video of him and this may sound funny, but it’s one of his quietest and most tame snores. He is so LOUD that sometimes he actually wakes me up.

I found him this morning, not in his bed, but on a spare pillow that had been kicked off.

I really will have to get another video of his snore that could wake the dead.

The other thing that he does: His “W” curled tongue. It melts me every. single. time.

I have battled to get a photo because the minute I come near him with my camera he moves and his tongue goes back into his mouth.

Finally. I got one. 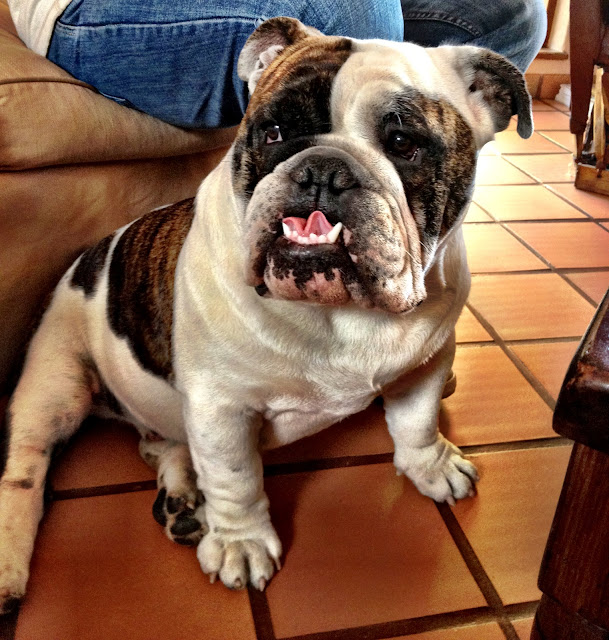 This is the look I get when he’s had enough of me taking photos. 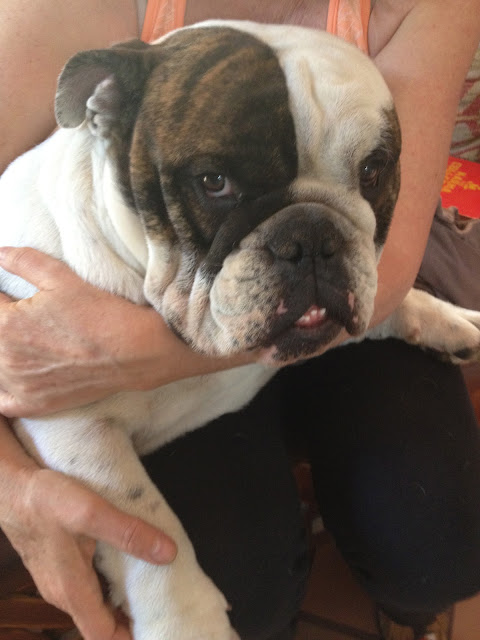 Every morning when I get back from my training or from having gone for a run, he has this weird habit of having to sit/lie on top of me… like I’m not hot and sweaty enough. They’re my after training cuddles and I wouldn’t change it for the world. 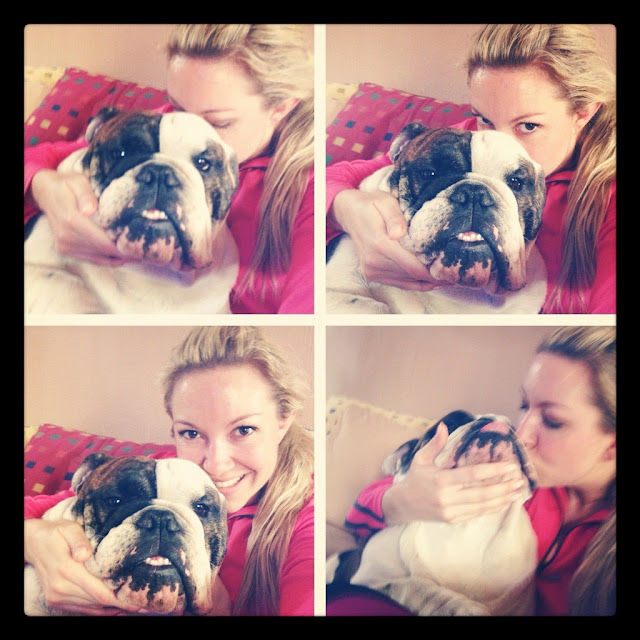