On Cycle Challenge Sunday, the 21st of November I woke up, got into my Lead SA kit, packed my energy bars, Energades and waters, packed the incredible KTM Bike I was given to ride into the car and set off for the Waterfall Country Estate. 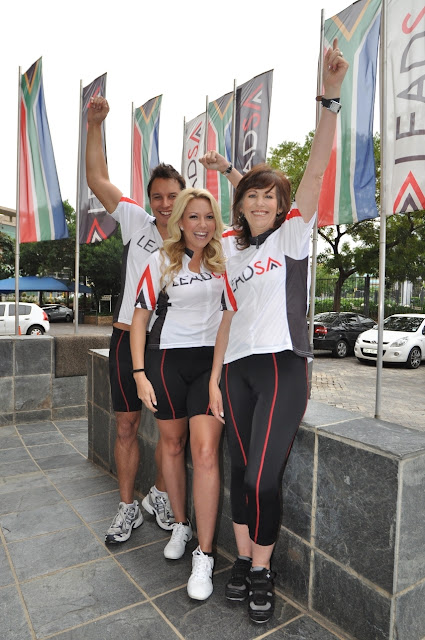 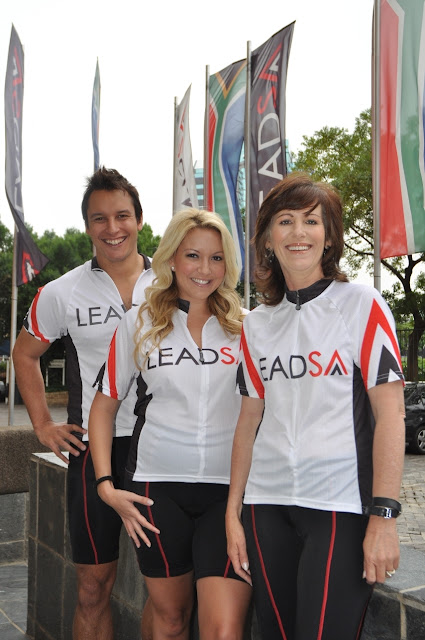 I hadn’t done a stitch of training for the race, so I knew I wasn’t going to finish it. I was going in with the attitude that I would attempt it and I would have fun a long the way. I wasn’t going to put any pressure on myself and I would listen to my body. When enough was enough, I would bow out gracefully.

Well, that was the aim…

I arrived at 7am and my start time was 07:58. Unpacked my bike and then looked around to see where I needed to go in order to get the start. I couldn’t see another cyclist so I asked security.

They sent me on a goose chase. I got so lost and by default I ended up doing the Mountain Bike Challenge. Ha ha.

I actually got a little paranoid at one stage. I had no cell phone signal and was in the middle of the velt. I had no idea where I was going and started to feel unsafe. I picked my bike up, felt paranoid and ran back the way I had come. I didn’t realize how far I’d gone because it took me a while to get back.

By the time I got back to my car, I was really annoyed and when I finally figured out where to go, I was racing against time. Pun intended.

I got to the start, but my group had already gone. I was supposed to be riding with my colleagues and friends Derek Alberts and Marc Lewis. That was going to be half the fun…

I started the race in a new group and set off. I guess my mental state wasn’t in the race at all…. Everything had gone wrong. I wasn’t racing with my friends anymore and I decided to rather be responsible and not continue further. It was supposed to be for fun and also was not supposed to kill little untrained me.

On the way back … I was wheeling my bike to the car when someone knocked into me and my metal bike pedal stabbed into my ankle. It started bleeding profusely, but I didn’t think too much about it. I did go to the paramedics who cleaned me up and said I’d need to go to a hospital for a Tetanus Injection. *sigh*

By the time I actually managed to go, I was in agony … I could hardly put any pressure on my foot and I had to be wheeled in to Life Hospital, Fourways.

Who knew that a little puncture wound could cause so much damage. It was like a stab wound, and I had damaged some ligaments. So a Tetanus injection and injection for the pain later, they wanted to put my leg in a back slab so that I wouldn’t be able to walk on it. I refused. They bandaged my leg up instead and I hobbled on crutches out of the hospital.

The doctor said I wouldn’t walk or drive for a week or two. I like to think I’m like Claire Bennet from the TV series Heroes and heal lightening fast. Mind over matter.

Glad to be mobile again.

I have the utmost respect for all the cyclists who attempted and completed the Momentum 94.7 Cycle Challenge! CONGRATS!!

Home of Hope for Mandela Day