Duke: Putting the smile back on my face

It’s been an emotional time and quite a frenzy. I am exhausted to be honest.

I am BLOWN AWAY by the messages that have been pouring in. You have touched my heart and whether you know it or not; the messages, texts, tweets, Facebook comments and blog comments have been like virtual hugs that I’ve really needed.

Don’t know what I am talking about? Read the Breaking News here.

I am very proud that Mark Pilgrim, my friend and colleague has started blogging too (I’ve finally convinced him- High 5!)

He wrote this blog post that gave me a giant lump in my throat and I had to fight back the tears. You can read here. I am humbled.

In other news, Duke is my little puppy rock star. Perhaps I should rephrase that. He’s not so little anymore. He’s 10.1kgs now at 3 months old. He has basically DOUBLED in size in the last few weeks.

On Saturday Duke went to school for the first time. Puppy Training classes. We arrived 2 minutes late because I had forgotten to bring treats with me and needed to get some. When we arrived everyone else was already there sitting calmly in a circle with their pups. In came the boisterous Duke who just wanted to play with all the new pups. I finally got him to calm down and then we were told that we were going to let them off their leads to have a puppy play session before getting into the training; I saw some very nervous owners clutching the tiniest Daschund and Chihuahua puppies looking at Duke and then back at the trainer with a look of “You’re not seriously going to let him off the lead, right?”

As soon as he was off the lead he just wanted to play. He is the cutest and has the best nature.

He was EXCELLENT in the training and I was a proud mom.

He also has that Bulldog quality of the under bite coming through – his little chin is really jutting out now and he has these vampire sharp teeth that are starting to stick out. I cannot get enough of his face.

I’ve been trying to get photographs of the chin, but it turns into what seems like a major photo shoot every time because he doesn’t sit still at all. So I’m not sure these capture it well, but hey… 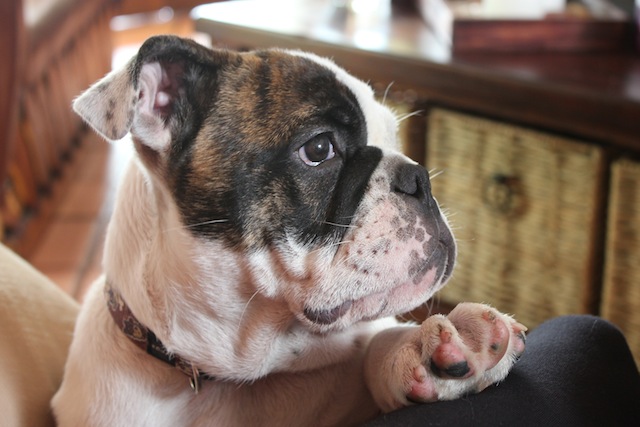 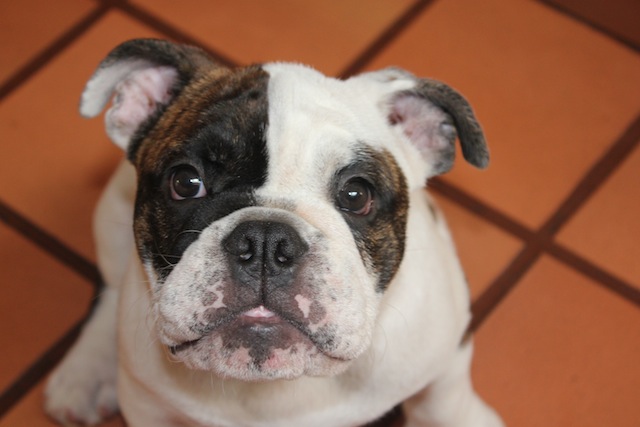 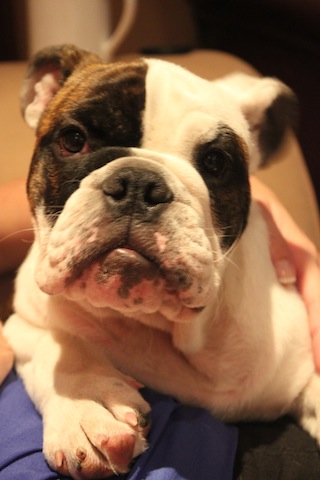 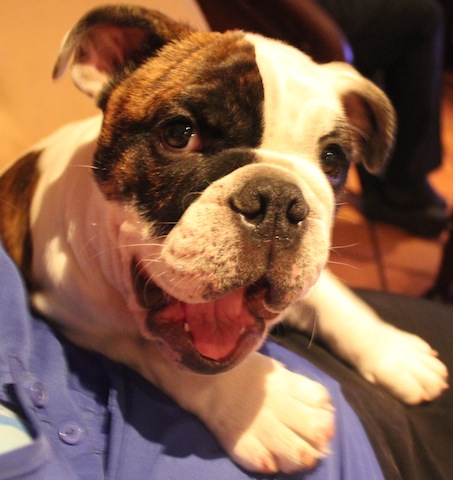