This little boy of mine just melts my heart. I always say this, but I wish I could capture his personality through my photographs.

He talks to me all the time. See video here.

He has these different facial expressions that show exactly what he is thinking and what he wants. He opens doors with his paw or simply by nudging his wrinkled head into it.

If I have a good cry, he will climb up onto me (all 30kgs at 10 months old), sit on me (he still believes he’s a tiny pup) and he won’t move until I stop crying. Then he’ll lick my cheeks (whether I like it or not) with his big slobbery tongue, look at me just to check and then he’ll be back down at my feet again.

He is a very special soul.

He does not bark, unless there is someone there. No exceptions. So it freaked me out the other night when he just started barking. It was quite late too. I hadn’t heard anything, but Duke had. Turns out he was right – security were at the door to let me know I had left my lights on inside my car.

He is incredibly protective and feeds off my energy. We went for a walk last week, when I heard a loud noise and instantly tensed. He stood right in front of me, but backed himself into my legs like he was letting me know that he was right there.

It was only when I relaxed that he moved away from me.

He’s a bit of a posh pup too. He can’t sleep unless he is resting on something. Today he dragged out a denim skirt (little sneak) so that he could lie on top of it. When he’s particularly hot, he lies like a spatchcock chicken. Hilarious. 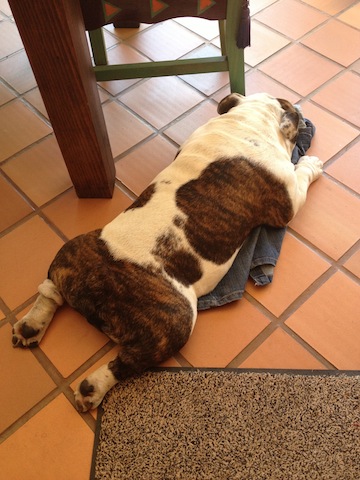 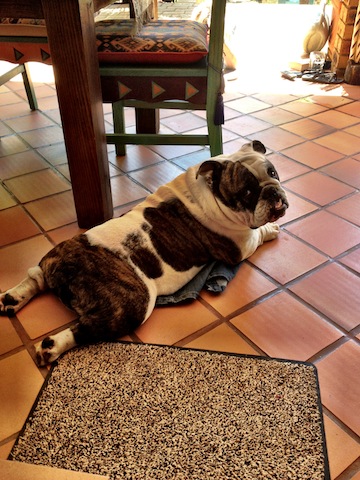 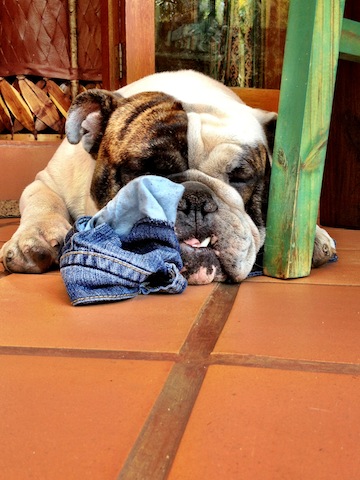 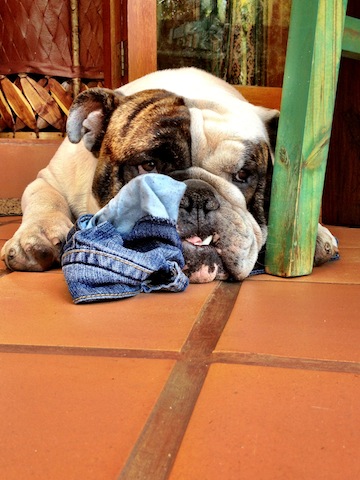 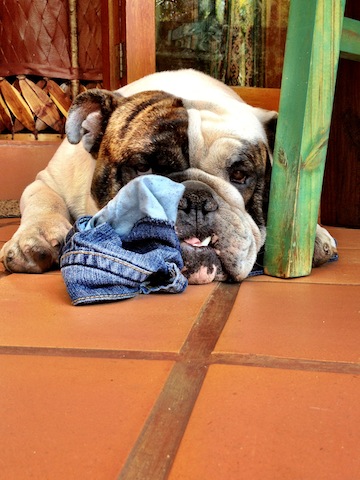 He’s always VERY curious about what I’m doing on my laptop… Maybe he’s checking up to see what I’m writing about him on this blog. 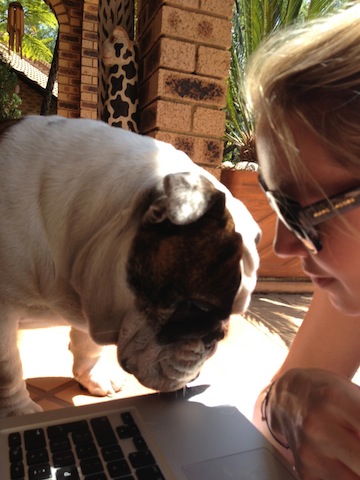 I hurt my Archilles heel in training and put an ice pack on. Duke rested his head on me and wouldn’t move until I removed it. 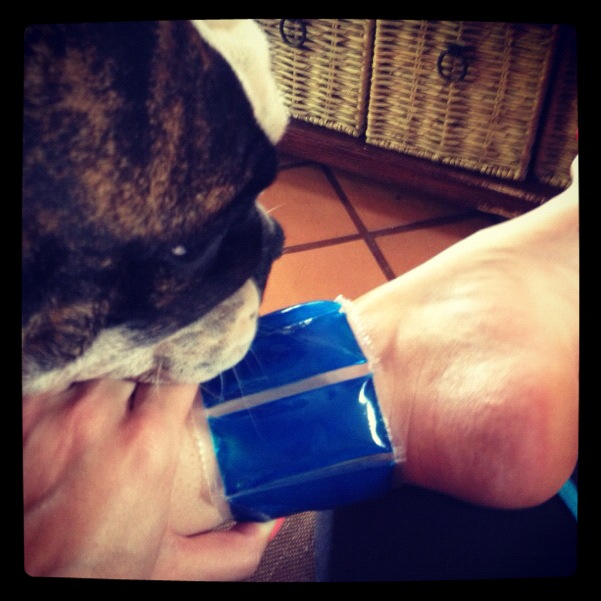 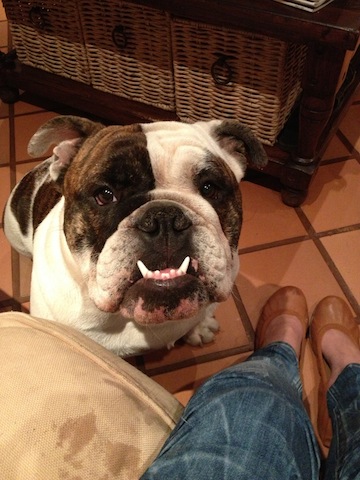 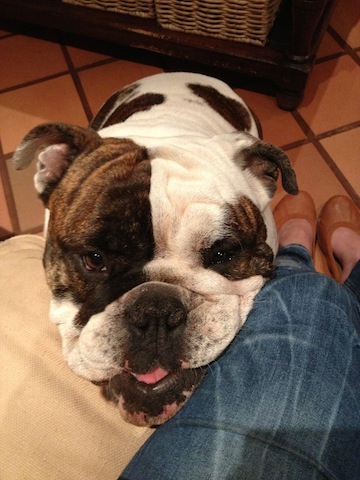 Hard to believe he was this small in January. Sigh. They grow up so fast!* 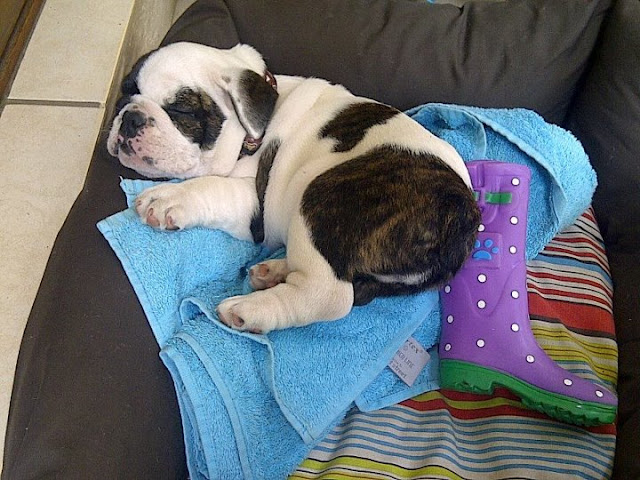