This is my 200th post and my blog isn’t even 1 years old yet. I can’t actually believe it. 200 posts of my drivel and yet you still come back for more? I’m amazed. Thank you.

No really. I can’t tell you how much I appreciate it… I get this excited feeling when I see comments have been left. I look forward to each day, when I open up my Mac and start typing away at the keys. Thrilling.

I thought I’d share a few facts about me… not 200 (sigh of relief.) Here are a few things you perhaps don’t know… in no particular order.

2.)   Eaten a live sea urchin while in the Croatian sea.

4.)   Had my heart broken and felt I would never survive.

5.)   Survived a broken heart and come out better and stronger from it.

8.)   Donated my Labrador puppy to the Guide Dogs Association.

13.)  Completed a Toastmasters course at the age of 12

16.)  When I get ridiculously nervous, I vomit. It’s awful. Some people sweat/need the loo. I vomit. Attractive.

17.)   I can Wolf whistle with my 2 fingers…fantastic at concerts.

18.)  Had a giraffe wrap it’s sand papery blue tongue around my hand and my neck … their saliva is stringy.

19.) Played with a lion cub, accidently sat on its tail and had it swipe at me with its huge paw. Scary.

20.) Given a false number to a guy who wouldn’t take no for an answer.

21.) Painted art works that hang in my home.

24.) Perused over blogs and fashion blogs for hours.

25.) Had dinner on my own and thoroughly enjoyed the company.

26.) Made the most incredible friends that I know we will grow old together and go through life with and lost some too. Reason, season, lifetime.

27.) Eaten a chocolate pretzel, sitting on the Swiss Alps overlooking the most spectacular view of lush greenery and hearing the cow bells. I felt like Heidi.

30.) Been in a terrible car accident where the car rolled, I had to be cut out and they thought I had broken my neck and would never walk again. We all survived. It was a miracle.

31.) Been in ambulance twice. Once for the above and once in Zimbabwe. It had just rained and I slipped down the very slippery stairs at the hotel. It was terribly embarrassing.

32.) Flirted shamelessly… with a gay guy. Gaydar was off. Evidently.

33.)Written for an International Online Magazine that had 10 million readers a month.

35.) Taped songs off the radio as a teenager and still hear certain songs today, with the radio jingles I managed to capture by default.

36.) Won a Britney Spears look alike competition when I was in my early twenties.

40.) Speaking of heights… I did the Internal Swing jump (33 stories high) at The Orlando Towers, Soweto for the Top Billing Presenter Search – the scariest thing I’ve ever done in my life. I have never felt such fear and terror like that. Cried my eyes out and vomited three times (see #16) before I had to present a link to camera and jump … No one saw me vomit, thank goodness, but boy did they hear me scream.

41.) Been stuck in a lift for half an hour. Claustrophobic because of it.

42.) Nearly drowned at St. Francis Bay and had to be rescued when I was 12. Have serious respect for the ocean and a little scared to go out so far.

43.) Baked a birthday cake in the shape of a guitar

44.) Baked a huge batch of cookies that was supposed to last a week and lasted 5 hours.

45.) Done a British accent for a voice over/commercial that was on all the top radio stations in England.

47.) Vomited on a boys shoes in the cinema on a first date (thanks to my appendix that was about to burst) AND he asked me out again.

49.) Walked through the McDonalds Drive Thru

50.) Worked in a Hyperama photo lab, Look & Listen and Dera Kera as a teen.

51.)  Made smoothies and not realized the blender lid wasn’t on correctly. It took me 2 hours to clean the kitchen.

52.) Cried my heart out thinking certain situations would never get better.

53.) Laughed until I couldn’t breathe and couldn’t see from the tears, thinking life doesn’t get better.

54.) Have the most caring, supportive, incredible mom, dad, sister and best friends.

55.) Had my dad postpone board meetings so that he could watch my hockey games, choir concerts and drama plays at school. My mom and dad have always been there to support my sister and I.

56.) Not appreciated my family enough.

57.) Disappointed my family and made them just as proud too.

62.) Been smash and grabbed – had my life threatened. Unbelievably terrifying. (Car window is smashed in while waiting at a traffic light and they grab your handbag…Happens really fast…now you know, for those who don’t live in SA.)

64.)   Tore my hamstring trying to do the splits when I danced. Never been the same again and I can’t touch my toes because of it.

65.) Did ballet and hip hop dancing for a short period of time.

67.)    Helped a man who was in a bad car accident 8 years ago. He hit his head on the steering wheel. I put pressure on the wound (head wounds bleed profusely) … I was covered in his blood and it was only afterwards, I realized I had open cuts on my hand. As a precaution I went onto Anti-Retroviral Drugs for 2 weeks. They made me very nauseous and I had the worst migraines on them. Have been tested often for HIV and am gratefully negative. It’s important to know your status. Knowledge is power. Get tested.

68.) Bad grammar and spelling irritates me beyond belief.

69.) My friends call me “Florence” because I “nurse” my drinks. If all the alcohol in the world evaporated tomorrow, it would make no difference to me at all.

70.) I am shocking at remembering names. I recognize faces but agonize over placing them. My worst is when said person greets me by name and I can’t return the gesture.

71.) Stood in a queue from 3am to enter the Top Billing Presenter Search 2010. I waited 6 hours     before I went in to audition. Over 5008 people entered nationwide. I made the Top 14, the Top 11, The Top 8, The Top 6 and came 5th in the competition. The most emotionally, mentally and physically exhausting and wonderful experience ever, but it taught me so much and made me even stronger.

74.) Been placed in Top 50 most eligible Bachelorettes in South Africa. I’m number 18 and it’s hilarious to me. Even MORE surreal.

75.) Been dumped… by an ocean wave and literally BEACHED in front of everyone. Had more beach sand in my costume than on the beach… and I was 27. Beyond embarrassing.

76.) Given up smoking. The only way to do it is going COLD TURKEY. I’ll never touch a cigarette again. I’ve become one of those ex-smokers. Can’t stand the smell of that choking smoke.

77.) Survived Superficial Spreading Melanoma Stage 1, stage 3 skin cancer in 2009. It spread quickly. Had to remove a mole on my chin and a mole and cancerous cells on my elbow. The doctors were keen to remove my lymph nodes but further tests showed that even though it had spread up my arm, my lymphs were clear. I had to have my brain and lungs checked too as this type of cancer spreads viciously and quickly. I missed it spreading by a few weeks and missed needing radiation or chemotherapy. I consider myself beyond blessed! I wouldn’t be here today if my mom hadn’t noticed the odd mole on my elbow.

78.) 2010 we thought it returned…between my toes. I had to have a special operation to remove it, but it was benign. I’m healthy now. The scars are constant reminders to live life fully.

79.)Raced on the Kyalami Race Track and did the straight in 16 seconds… beating some of the boys.

80.)Been on a  cruise ship to the Portuguese Islands, Mozambique in April 2011…  Had one of the best times of my life with my best friend, Karolina and happened to meet the love of my life when I really was least expecting it.

Thanks for reading my blog. It truly means a lot to me.

I’m really going to have to Vlog the Happy Dance one day! 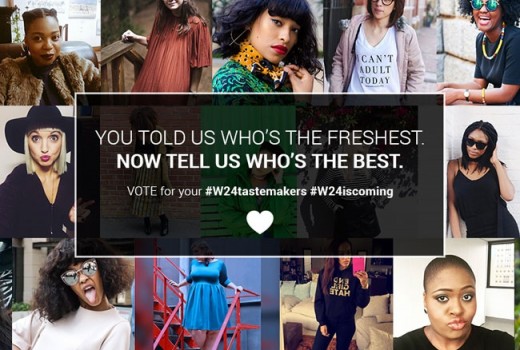